(Isaac Bordas)
Visitors from around the world travel to London to see Big Ben, one of the greatest and most well-known artifacts in the Western world. Rivaling the Empire State Building and the Eiffel Tower for global prominence, Big Ben isn't just a piece of history that children briefly learn about in school; it's a living, breathing part of English culture.

Big Ben, Elizabeth Tower, the Clock Tower—whatever you want to call it—isn't the first such tower to exist where it stands. The original tower was constructed between 1288 and 1290 during the reign of King Edward I. It housed a large bell named Great Edward that struck every hour on the hour, but that tower was replaced in 1367. Over the next 350 years, its upkeep was ignored, and it fell to shambles.
Rather than build a new tower, England decided to put a sundial in its place in 1707. The sundial stood at the north end of Westminster Palace until a fire destroyed most of the grounds in 1834, and when it came time to rebuild, architects were asked to submit designs for a new palace grounds. 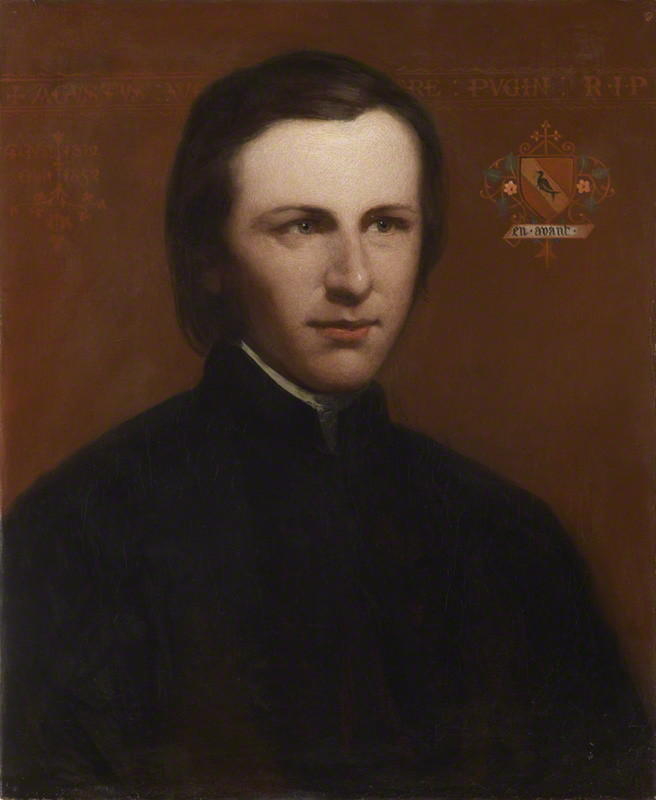 Sir Charles Barry's design was chosen, but it didn't feature a clock tower or even a sundial. For that task, Barry turned to Augustus Pugin, an architect who pioneered the Gothic Revival style of architecture. Over the course of his life, Pugin designed many churches, giving them awe-inspiring angles and a medieval look. By Pugin's own account, his design for the clock tower was the culmination of his life's work and one of the most intense experiences of his life. In his journals, he wrote of his time planning the tower:

I never worked so hard in my life for Mr Barry for tomorrow I render all the designs for finishing his bell tower & it is beautiful.

After turning in his designs for the tower, Pugin suffered a nervous breakdown that left him unable to speak coherently or recognize his closest friends. He passed away in 1852 from "convulsions followed by coma" seven years before the first strike of Big Ben. 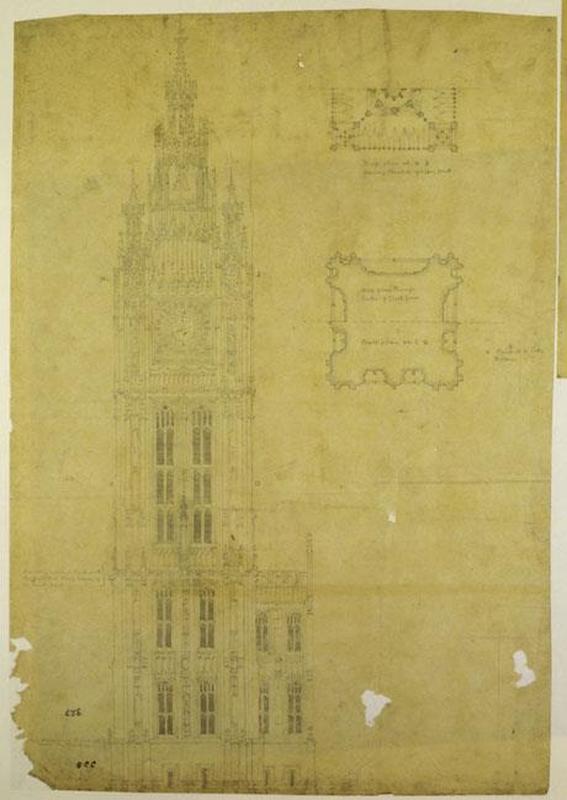 The foundation stone for the clock tower was laid on September 28, 1843. With stone from Yorkshire, iron from Birmingham, and cast iron from Regent's Canal, the site is truly an amalgam of the spirit of England.
The Great Bell was cast near Stockton-on-Tees, England in August 1856. It took quite a journey into London, traversing by rail and sea before it was carted to the tower on a carriage pulled by 16 white horses. Since it arrived before the tower was finished, it was mounted in New Palace Yard, but while operators were testing it, the bell cracked beyond repair. At the time, the 1.2-meter crack was believed to be caused by the composition of the metal of its great dimensions, although the metalworkers who cast the bell, Warners of Norton, blamed the weight of the hammer.
Whatever the case, Warners of Norton was removed from the contract, and George Mears at the Whitechapel Foundry was tapped to cast a second bell. Cast in April 1858, the new bell was 2.5 tons lighter than the original, but that didn't mean it wasn't big. 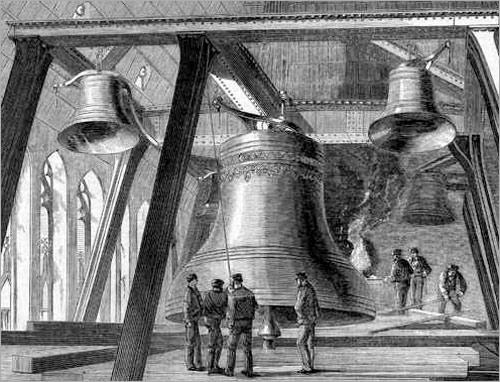 
Just Who Is This Ben Person?

Many visitors don't realize that the name "Big Ben" is actually the name of this huge bell and not the clock tower itself, which was known in the 1800s simply as the Clock Tower. It's since been renamed the Elizabeth Tower after Queen Elizabeth, but over the last 160-ish years, people have just started to call the entire structure "Big Ben."
So who is Ben? Some say that the bell was named after Sir Benjamin Hall, the London commissioner of works at the time of the tower's construction and a fellow who was known to drone on and on in conversation. Big Ben is also rumored to be named after the boxer Benjamin Caunt, the British heavyweight bare-knuckle boxing champion from 1838 to 1845, because it was the biggest of its kind, just like Caunt. Whatever the case, Big Ben has survived both his possible namesakes. 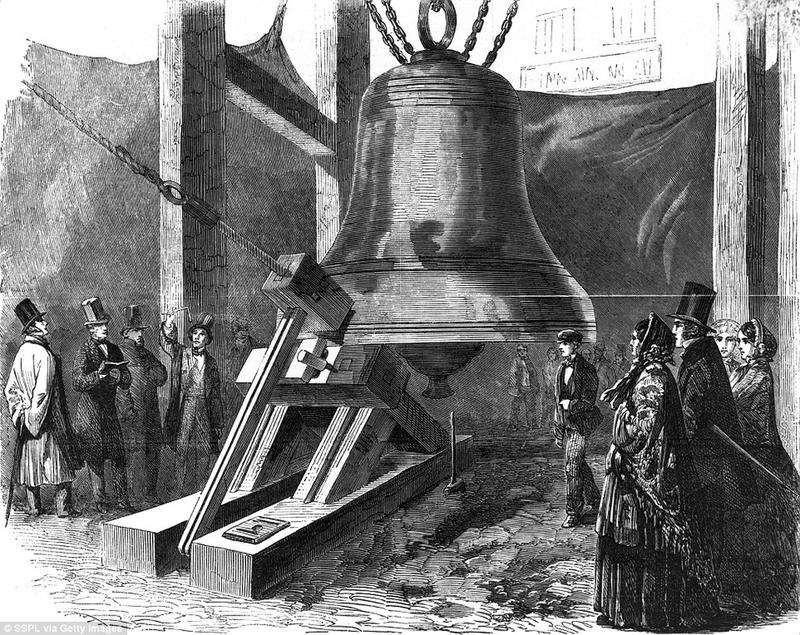 Getting Big Ben into the tower was no easy feat. Its giant dimensions meant that it was too large to fit through the tower's shaft vertically, so it had to be turned on its side and pulled up into place by a precious winch. The process took 30 hours, but in October 1858, Big Ben was home in the belfry. It was more than half a year, however, before Big Ben sent out its first chime. On May 31, 1859, Big Ben bonged for the first time across London. Four months later, the second bell cracked, and Big Ben was silent for four years. The fourth quarter bell in the tower took its place until a suitable replacement could be cast. 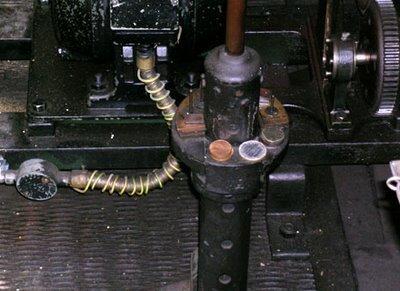 Following the crack of the second cast of Big Ben, an astronomer named Sir George Airy found a long-term solution for the bell in 1863. Aside from replacing the hammer with a lighter version, the bell was turned a quarter turn every hour so the hammer struck a different section of metal, thus decreasing wear and tear. When a crack did form, Airy suggested cutting a small square into the bell to keep the crack from spreading. In addition to these low-tech fixes, a sack of pennies has been placed on the pendulum. This may not sound scientific, but the addition or removal of one penny can alter the clock's speed by 0.4 seconds.
Big Ben has continued to function since it first rang out in 1859, even after an explosion destroyed a chamber in the House of Commons during World War II. Despite the heavy bombing, the clock stayed within a second and a half of GMT, and it's rarely stopped chiming ever since.
Posted by free heip at 05:00