Dewey Readmore Books: The Celebrity Library Cat Of The 1980s

In the 1980s, America fell in love with Dewey Readmore Books, a convolutedly named cat who lived in the Spencer Public Library in Spencer, Iowa. Throughout Dewey's 19 years, he touched hearts and inspired his librarian mom to write about his life story in books like There's a Cat in the Library and Dewey: The Small-Town Library Cat Who Touched the World. Dewey may be an early meme, but he was also a pretty cool cat.

Saved From A Chilly Fate

On January 18, 1988, Vicki Myron was unlocking the doors, gathering returns, and otherwise preparing the Spencer Public Library for another day of literary service when she discovered an eight-week-old male kitten in the book drop box. In 2006, Myron explained the confusion surrounding Dewey's discovery:

We didn't know if someone abandoned him or if a Good Samaritan found him on the street and shoved him in the book drop to get him out of the cold. His paws were frozen. We warmed him up and fed him, and he just purred and cuddled. From day one, we felt he'd be the right personality for the public. He's always loved people and meetings.

After nursing the kitten back to health, she named him "Dewey" after Melvil Dewey, the creator of the Dewey Decimal System. A week after his discovery, the library decided to officially adopt Dewey, and he received his first taste of media attention from the Spencer Daily Reporter. 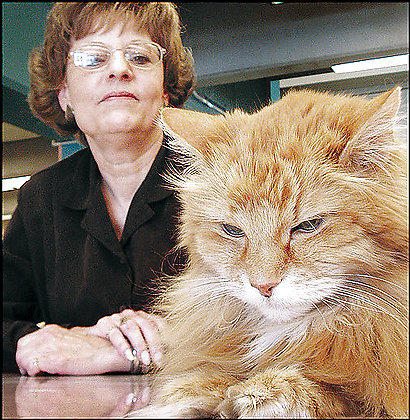 "Dewey" was only meant to be a temporary nickname for the errant tomcat. The library asked the public to submit ideas for their new friend's permanent name, but after sifting through 387 responses (they usually only received about a dozen entries from such queries), they found that most respondents wanted to keep Dewey's name the same. The librarians took it upon themselves to add the faux surname "Readmore Books."
This wasn't the only contest that Dewey took part in—he was also entered into a pet photo contest at a local shop a few years later and crushed it with 80% of the vote. With this win, it became clear that Dewey wasn't just another library cat.

The cult of Dewey 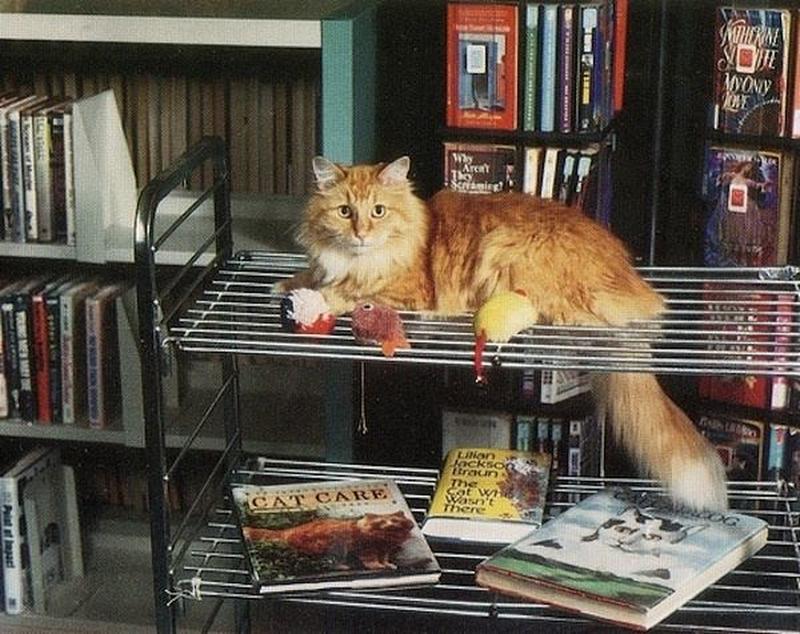 
A Star Is Born

After Dewey's win in the pet photography contest in 1990, his Dickensian life was covered by the Des Moines Register. The story was picked up across the country, and Dewey's star continued to rise as he secured an appearance in an episode of Paul Harvey's The Rest of the Story and a Japanese documentary crew showed up to film Dewey on the job. Of this time, Myron remembered:

The TV staff from Tokyo didn't believe me when I told them people arranged their vacations just so they could stop here to meet him. But then a family from Rhode Island came in just to have their picture taken with him. They were on vacation and rented a car in Minneapolis just so they could drive down here and see Dewey. 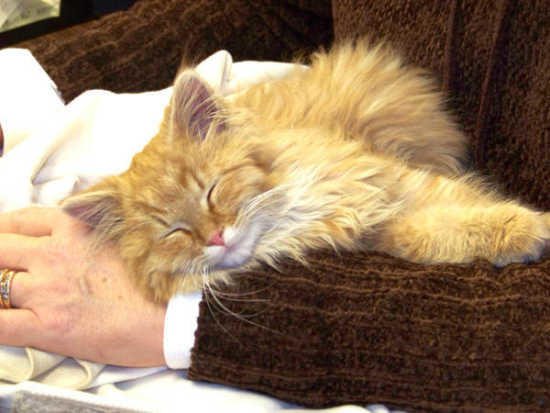 Once he recovered from his bout with the frozen book drop box, Dewey became a fixture at the Spencer Public Library. According to Myron, he was a finicky eater, but he loved a little bit of people food, especially scrambled eggs. The library was Dewey's home for most of his life aside from about a week in 1989 when he went missing, but he was no layabout—his official title was "staff supervisor," although it's unclear what his duties were aside from being a good boy, getting pets, and greeting guests at the door. 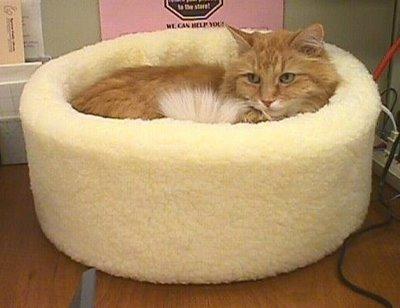 
Living On In Our Hearts

Despite his horrible first few weeks of life, Dewey brightened the Spencer Public Library for nearly 20 years, but just before his 19th birthday, his health took a turn. He was never the healthiest cat—he'd lived for years with arthritis and megacolon, which his picky eating didn't help—but by then, he had developed a painful stomach tumor. Myron bid him a sorrowful goodbye on November 29, 2006. He was such a beloved figure of the community that a public memorial service was held in December, and his ashes were buried outside the library.
Inspired by her time with Dewey, Myron published a biography of the cat in 2008 titled Dewey: The Small-Town Library Cat Who Touched the World. After it became a New York Times number-one nonfiction bestseller, she adapted it into two children's books and followed up these successes with a new holiday-themed story about the beloved cat in 2010 called Dewey's Christmas At the Library. A few years after Dewey's death, the library board voted against having any more pets in the building to protect allergic readers, making Dewey not only the first and best library cat of Spencer but also the last.
Posted by free heip at 02:13