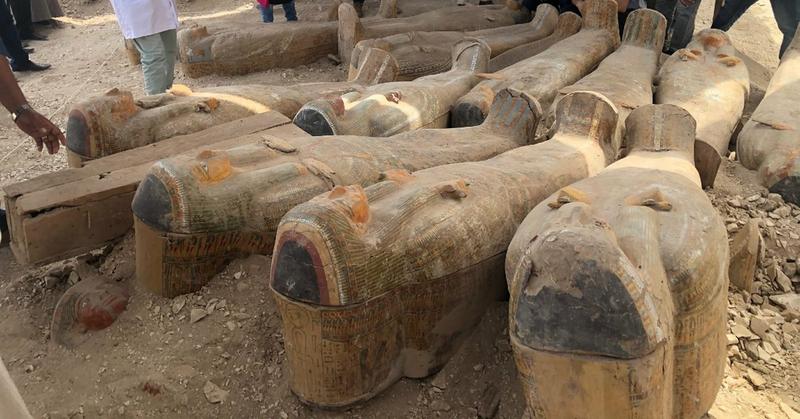 (Ministry of Antiquities-Arab Republic of Egypt)

The heyday of the Egyptian archaeological dig may have come and gone, but the desert still holds secrets from the past. In 2019, one of the most surprising discoveries of 21st century occurred when researchers dug up more than 20 sealed coffins containing the remarkably well-preserved remains of people from 3,000 years ago. These untouched coffins aren’t just cool to look at—they give us insight into the burial practices and preservation techniques of the ancient Egyptians. None of the coffins that were discovered belonged to a pharaoh or anyone super wealthy, which makes the care put into these ancient caskets all the more interesting.

In October 2019, researchers in Luxor announced that a "huge cache" of 30 coffins were discovered in a necropolis on the Nile River's West Bank called Al-Assasif. The site was once Thebes, the capital of ancient Egypt, but today, it's essentially deserted. The haul comprised 23 adult men, five adult women, and two children, all in spectacular condition. While they weren't royalty, the people buried at the site were nobles and officials from the 22nd Dynasty, an era that spanned 945–720 B.C. The announcement didn't state whether the coffins were single burials or if they were nested together, a funereal practice saved for wealthy families. 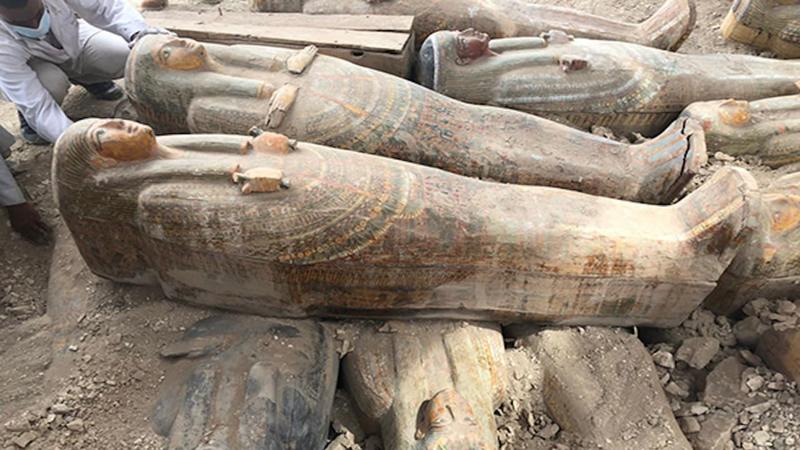 It's a testament to the engineering abilities of the ancient Egyptians that these wooden coffins were in such good shape. Aside from the understandable wear and tear that comes from being buried for thousands of years, researchers found that they were in excellent condition. Each coffin was decorated in shades of red, green, white, and black, with paintings and inscriptions on each box. While that is somewhat common for ancient burial containers, the fact that they were perfectly sealed shocked archaeologists when they made the discovery. The remains of the people inside were preserved about as well as possible without modern medical techniques. 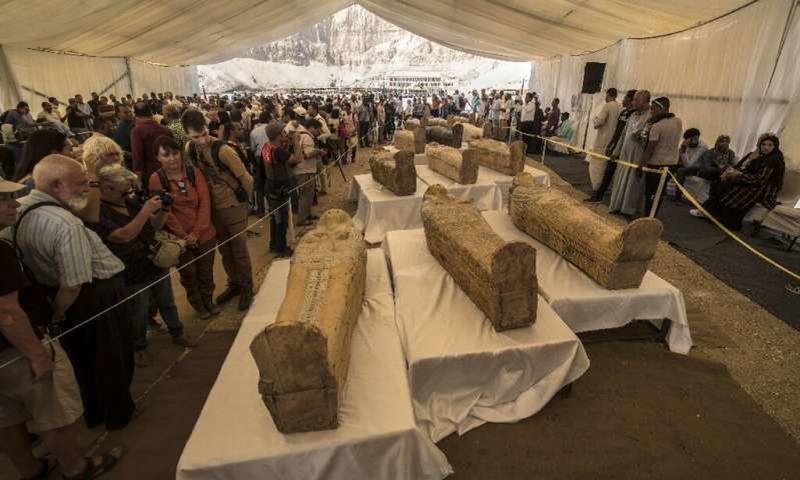 Just A Few Of Many

Buried in the side of a mountain, these well-preserved remains were one of what Mostafa Waziri, the secretary-general of the Supreme Council of Antiquities, referred to as a small "cachette" of ancient mummies. Three other burial sites, two for royals and one for priests, were discovered in the 19th century. Researchers believe that these grave sites were so hard to find because they were hidden from grave robbers and not placed in an actual tomb. If grave robbers had discovered the coffins, they would have been destroyed completely, and the world would have been robbed of an amazing discovery. 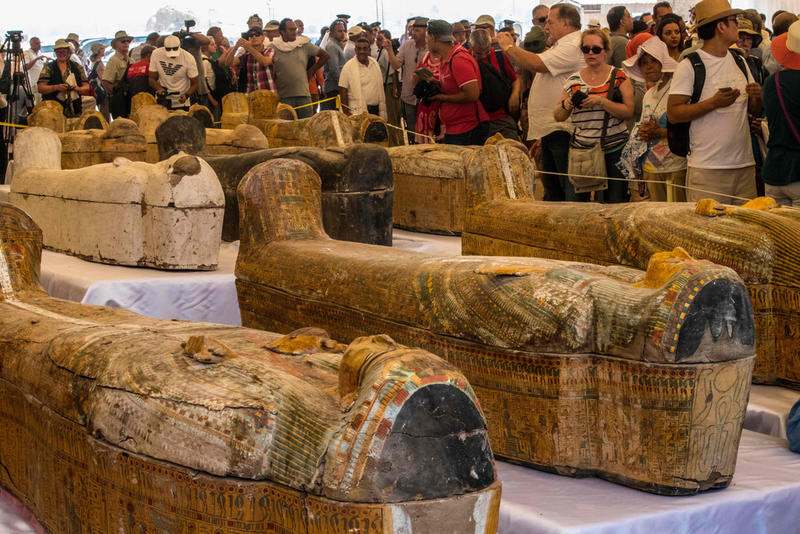 There was a lack of skilled craftsmen in Egypt 3,000 years ago, which put woodworkers with the kind of talent necessary to create such perfect coffins in high demand. In fact, researchers determined that the coffins all came from a single workshop, which explains why they have such a similar visual style. No one knows who created the coffins, but they're certainly a magnificent spectacle. Much of the findings from ancient Egypt are stunning to see, but these coffins are genuine works of art. 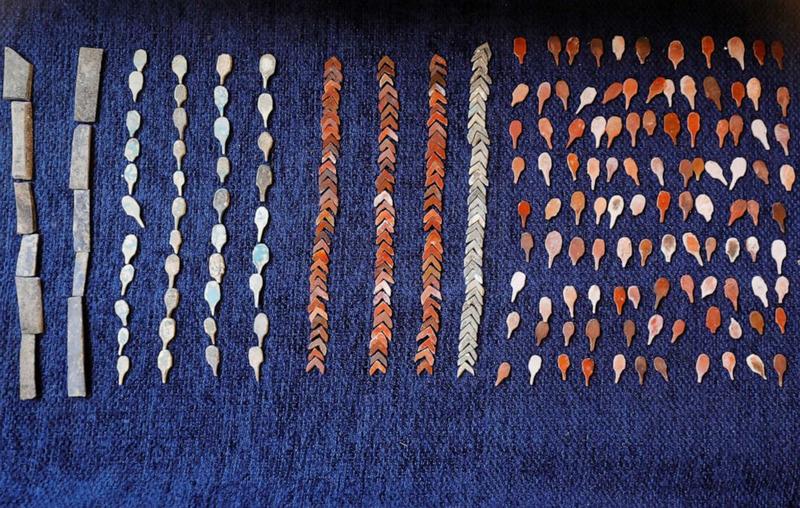 This astounding collection of coffins isn't the only fascinating thing that's been discovered in Luxor. Only a week before they were unearthed, researchers dug up an area that's been referred to as an "industrial zone" in the heart of the Valley of the Monkeys, where they found nearly 30 workshops that contained pottery going all the way back to the 18th dynasty. The discovery showed that ancient Egyptians separated their workshops by purpose, including specific facilities to make clothing, textiles, and pottery, respectively. Inside the early industrial area, the archaeologists found that workers from this time held their drinking water in an in-ground tank. According to archaeologist Zahi Hawass, this discovery changed the way researchers think about ancient Egypt:

Up until now, everything we knew about the [Luxor region] came from the tombs themselves, but this new discovery will allow us to shed a light on the tools and techniques used to produce the royal coffins and the furniture placed in the tombs.