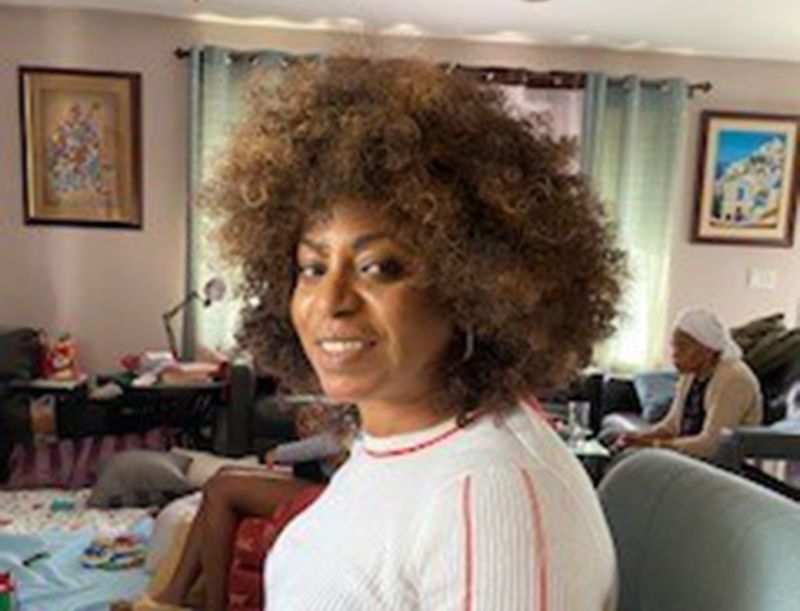 Foster mother Airat Bakare-Adejobi, took in a baby boy who was left with her job, the city’s Administration for Children’s Services.

Many paths lead to motherhood — and Airat Bakare-Adejobi didn’t expect to find herself on another one when she left for work Dec. 27.

Bakare-Adejobi, of Queens, works for the city Administration for Children’s Services. She took the job because she loves children and is passionate about protecting them.

She has two grown daughters and wasn’t looking to raise another child.

But that December day, her work — her mission — touched her in a way it never had before.

A 4-month-old boy was dropped off at the agency’s offices by a relative because his family couldn’t bear the responsibility of caring for him.

Bakare-Adejobi heard about it and inquired about the infant. Before she knew it, he was in her arms.

“I held him throughout the day,” she said. “I bonded with him. The bond grew from the moment that I saw him until now.”

Bakare-Adejobi is one of the thousands of moms who bring foster children into their homes each year.

About 7,700 kids are in the city foster care system, a historic low. And while they are not the biological parents of those they care for, foster moms shoulder the same responsibilities all mother’s do — responsibilities that have become increasingly hard as families struggle with the coronavirus pandemic and living in quarantine.

But for Bakare-Adejobi, there is such joy in it all.

“I’ve opened my home to him, and I’m committed to doing it as long as it takes,” she said. “My goal is to see him thrive.”

For Regina Frisco, who cares for four foster children and her own daughter, this Mother’s Day will be different for her family. This year they will celebrate with the knowledge that Frisco, 39, has begun the adoption process.

“The kids are doing a Mother’s Day surprise for me,” said Frisco, a full-time mom who lives in the Crotona Park section of the Bronx.

For better or worse, mom has some pretty good intel on what’s in store.

The idea of taking the siblings in came to Frisco after she got injured while working as a dialysis technician at Columbia-Presbyterian Hospital. She was sidelined, had time on her hands and was thinking about her sister, who was raised in foster care.

“I said, why don’t I get into foster care,” she recalled. “Now, they need me, I come running. They know they can count on me.”

For the past two months, Arlene Thomas found it hard to come running for the 10-year-old foster daughter she’s now caring for, but she did it anyway.

In early March, after the child fell ill, she did too. At first, she thought it was a cold, but within 10 days time she learned it was something far more serious.

After staying home sick for a few days, she called the doctor on March 14 — not out of concern that was she infected with coronavirus — she was inquiring about getting a note for work.

“They said stay inside. You have Mr. COVID,” she explained.

Her unwanted visitor took days to leave. Fever and chills racked her fatigued body, but she didn’t have just herself to care for.

“No matter how sick you are, you still have a child," she said. “From the 16th to 27th, I was just on empty, but you go into automatic mode.”