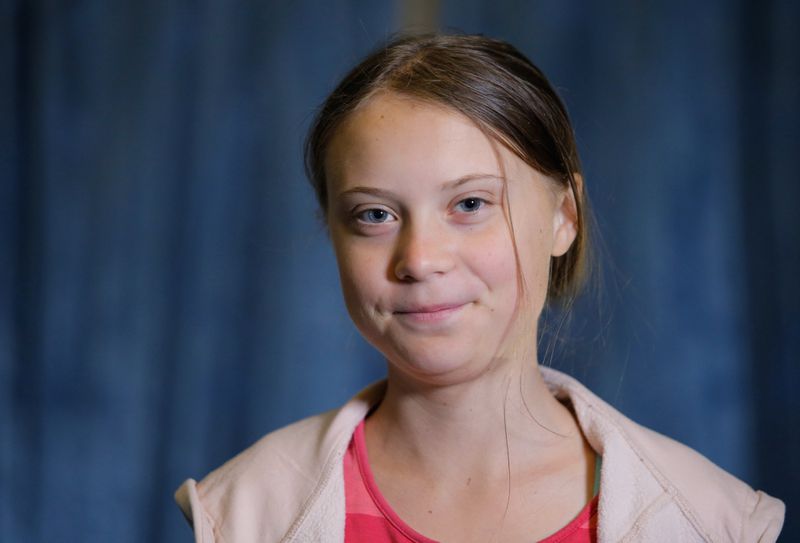 Many in the Twitterverse questioned why CNN was interviewing Greta Thunberg for a coronavirus town hall.(Eduardo Munoz Alvarez/AP)


Greta Thunberg won’t back down.
CNN’s decision to include the teen climate activist on its Thursday global coronavirus special drew scoffs from many social media users wondering aloud why she had been chosen to speak over medical experts.
“Maybe CNN should sit this one out,” snarked conservative firebrand Ben Shapiro before Thunberg’s appearance.
Even one of President Trump’s sons joined in the bashing.
“Greta Thunberg having a remarkable career already in that as a teenager she’s now a world-renowned infectious disease specialist and epidemiologist AND a leading scientific voice when it comes to global climate policy,” snarked Donald Trump Jr. “Just wow so impressive.”
But the 17-year-old eco-warrior was undaunted by the flak. While isolating from her Stockholm home, she responded to her TV appearance hours before her interview.

Greta Thunberg having a remarkable career already in that as a teenager she’s now a world renowned infectious disease specialist and epidemiologist AND a leading scientific voice when it comes to global climate policy.Just wow so impressive. https://t.co/398T4wXDry
— Donald Trump Jr. (@DonaldJTrumpJr) May 13, 2020

“I am not an expert. I am an activist. The only people claiming that I’m an ‘expert’ are those who are trying to ridicule me,” tweeted Thunberg Thursday morning. “My message has always been to unite behind the science and listen to the experts.”

Responding to questions from Dr. Sanjay Gupta and Anderson Cooper — who took a swipe at the Trump administration for refusing to allow any White House Coronavirus Task Force personnel available to be interviewed — Thunberg focused not on the virus’ biology but rather its impact on children, especially those in underprivileged parts of the world.

She mentioned that maintaining coronavirus-free schools was critical to kids dependent on them for meals and basic sanitation. She also modestly downplayed a recent $100,000 award she received from Danish nonprofit Human Act that she donated to UNICEF on behalf of children in crisis.

“She has extraordinary knowledge and she is the next generation that is left to clean this mess we’ve made,” tweeted actress Patricia Arquette. “They wouldn’t have her there if she wasn’t a powerful voice.”

Earlier in the two-hour special, Major League Baseball Commissioner Rob Manfred stated he was optimistic that baseball would return this summer; albeit, likely in front of empty stands. He also claimed that the financial losses incurred by franchise owners would be a collective $4 billion if the season were canceled.
Posted by free heip at 06:33