Heroin Use During The Vietnam War: How The Drug Was Taken Secretly By Soldiers 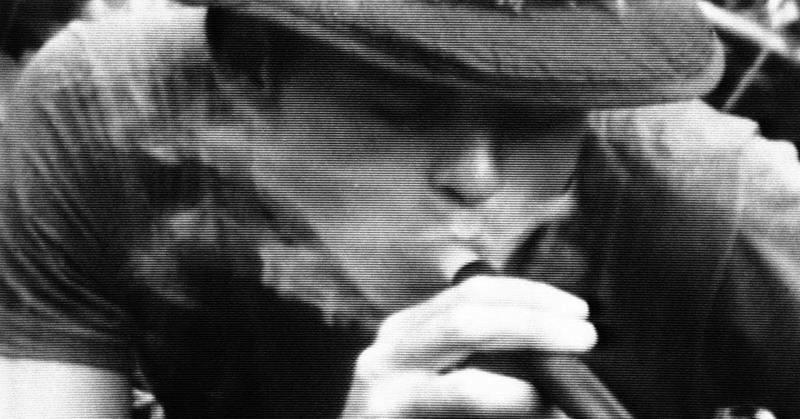 (AP News)
For nearly 20 years, from 1955 to the mid-'70s, the American military was thrust into the jungles of Vietnam. The war took an emotional toll on American troops that, in many ways, outweighed the physical strains of battle, and soldiers coped through drug use, primarily heroin. Not only did it blur the hell around them to a manageable haze, it was something to do that didn't involve death and destruction, at least not initially. Many of the men who returned home were hooked for life, unable to cope with the world around them without a veneer of smack.

There was no shortage of mind-altering substances in Vietnam during the war. Soldiers were plied with more booze than they could drink, and thanks to the lax drug laws in Vietnam, marijuana wasn't hard to get, either. Studies show that more than 50% of soldiers smoked marijuana and an additional 28% of them were using heroin. With a little more than nine million soldiers serving during the war, that's just under two million soldiers using one of the most addictive drugs known to man. Those numbers are just estimates, but they show how widespread illicit drug use was throughout the military during one of the worst conflicts in U.S. history. 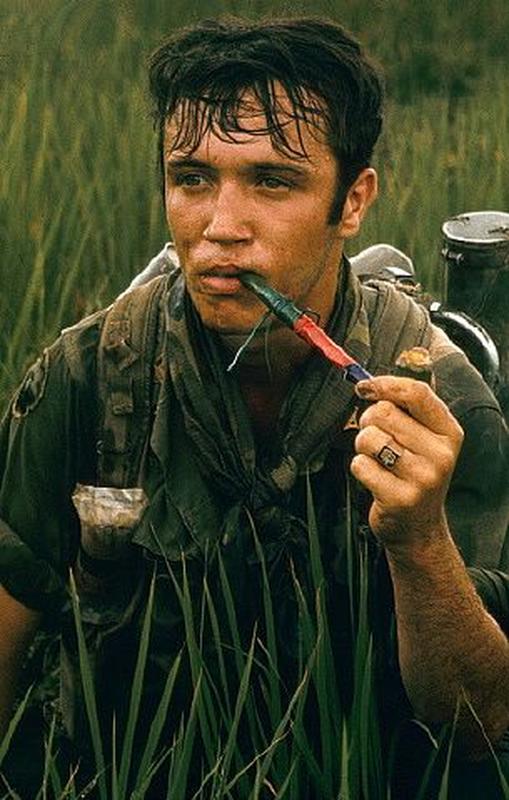 
Cracking Down On Marijuana Led To Rampant Heroin Use

Ironically, many soldiers started using heroin because of the crackdown on less harmful drugs. As drug use increased across the board in Vietnam, the country's laws became stricter, and the U.S. military came down harshly on their soldiers. There were thousands of arrests per week for marijuana use, so soldiers who needed to continue using and not get caught moved on to harder drugs that were less noticeable by their superiors. After all, marijuana is bulky, you can smell it from a mile away, and it's hard to transport along with everything else you need to move through the jungle. Drugs like heroin and opium are more discreet. They take up less space, they're odorless, and they can be ingested in ways that don't leave a big, conspicuous cloud of smoke behind. For these reasons, these hard drugs made their way into the lives of the U.S. military. 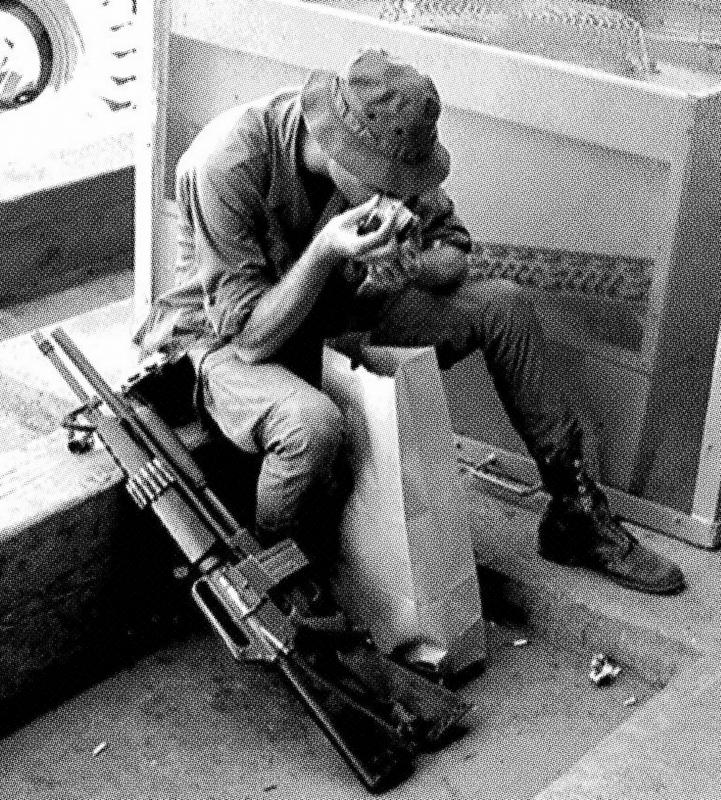 It's not entirely clear why there was so much heroin in Vietnam. The ease with which the drug can be transported means it's likely that it was coming into the country via multiple sources, including American soldiers and overseas dealers exploiting the military market. (It was especially easy to bring in from Cambodia.) Whatever the case, by the early '70s, the CIA was aware of the devastating effect of the drug was on servicemen. By '72, they learned that vials of heroin sold in Saigon contained .15 grams per vial, eight times the amount that was typically available in a vial of heroin in New York City at the time, and it was astonishingly pure. Soldiers using Saigon junk were hooked in a bad way. 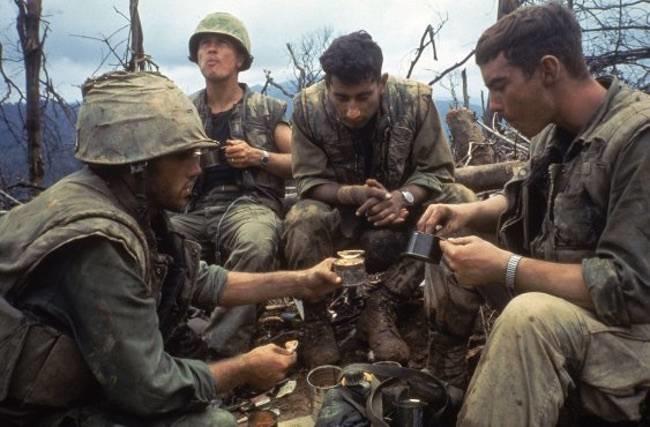 While heroin use isn't completely to blame for the many atrocities that were committed against the Vietnamese people during the war, at least some of the psychotic behavior exhibited by the U.S. servicemen can be attributed to strung out soldiers overreacting to the horrific conditions of the war. Coping with the terror of their missions by getting zonked out also meant it was impossible to carry out those missions with any kind of competence. Vietnam was already a powder keg waiting to blow; drugs just made the fuse shorter. 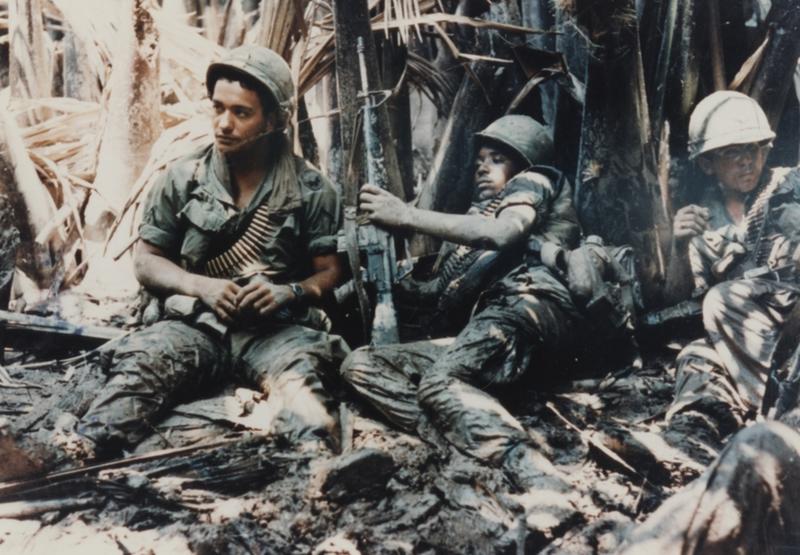 The Vietnam war was a defeat that cost the U.S. billions of dollars—the last thing they wanted to do when it was over was shell out to rehabilitate the young men who'd gone over there and gotten addicted to drugs. Soldiers caught using drugs were arrested, discharged, or both and then shipped back to America with their addictions intact. In 1970, 1,146 soldiers were arrested for hard drugs, but by the next year, the number increased to 7,026. By the early '70s, the military was discharging between 1,000 and 2,000 heroin addicts per month, leaving it up to them to either get clean or—more likely—dive further down the rabbit hole into addiction. It made no difference to the military.
Many of those who were discharged brought enough of the stuff back to stay well, but after arriving home, the demand for junk increased exponentially as withdrawal symptoms set in. More heroin was smuggled into the States, and prices went up to meet demand. In 1971, the Office of Veteran Affairs provided referrals for addiction treatment to only three of the 12,000 heroin-using servicemen who applied for help. As word of the lack of available treatment spread, many returning servicemen didn't even apply, leading to a sustained increase in drug use and demand. It just gave the government an entirely different war to fight whose effects can likewise be felt to this day: the War on Drugs.