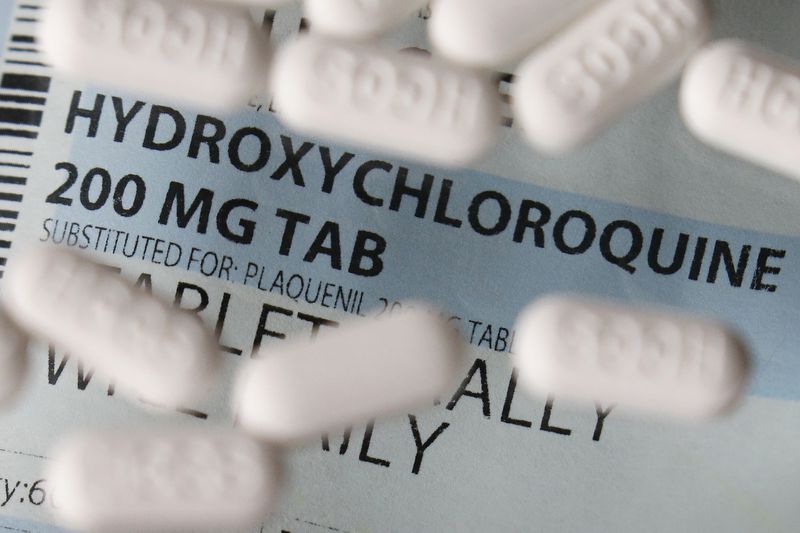 Hydroxychloroquine is of no benefit to COVID-19 patients, researchers claim.(John Locher/AP)

Hydroxychloroquine, the malaria drug trumpeted by the commander-in-chief, offered no obvious benefits to hospitalized patients diagnosed with COVID-19, according to a new study published in the New England Journal of Medicine.

The study, which was released Thursday, examined nearly 1,400 patients with coronavirus symptoms who were taken to emergency rooms in two New York City hospitals.

Nearly 60% of the patients administered hydroxychloroquine within 48 hours were found to be more severely ill than those who weren’t given the drug, researchers claimed.

Hydroxychloroquine, which is often prescribed to lupus and rheumatoid arthritis patients, can have dangerous side effects, including heart arrhythmia and muscle weakness.

Researchers also asserted that they didn’t find any potential benefit or harm from the drug.

“We don’t think at this point, given the totality of evidence, that it is reasonable to routinely give this drug to patients,” said Columbia University pulmonary specialist Dr. Neil Schluger. “We don’t see the rationale for doing that.”

The researchers added that a rigorous clinical trial would be needed to test the drug’s feasibility on future patients.

The report comes just weeks after the Food and Drug Administration alerted consumers against using chloroquine or hydroxychloroquine to treat COVID-19 outside a formal clinical trial setting.

The agency said it became aware of reports of “serious heart rhythm problems” in coronavirus patients who were treated with the drugs, often in combination with an antibiotic known as azithromycin.

Health officials have warned it will take at least 12 to 18 months before a COVID-19 vaccine will be readily available.

As of Thursday, New York State had reported more than 337,000 coronavirus cases and 26,365 confirmed deaths — the most of any state, according to health tracker Worldometer. More than one-third of all American COVID-19-related fatalities have occurred in New York.