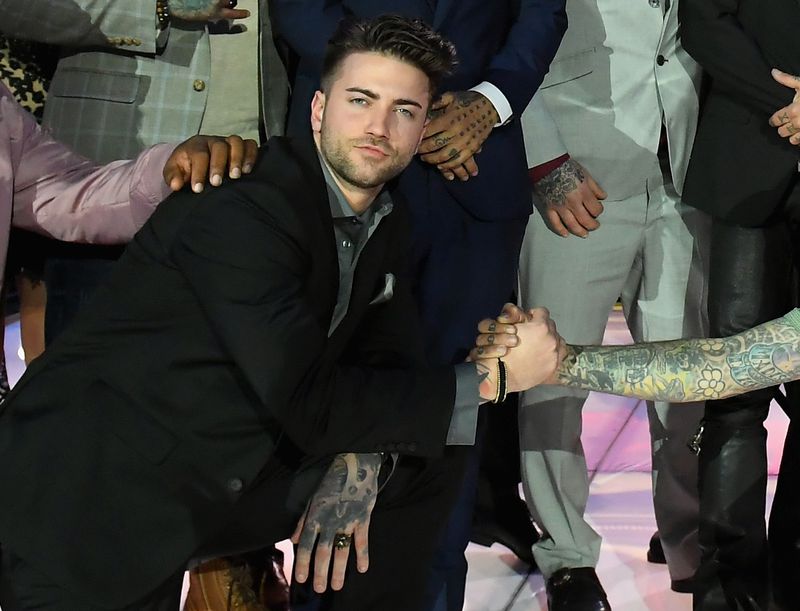 
“Ink Master” star and celebrity tattooist Daniel Silva has been charged with killing popular YouTuber Corey La Barrie, who died in a car wreck on his 25th birthday earlier this month.
The former reality show contestant is facing one count of murder in connection with the deadly crash, which occurred just after 9:30 p.m. in the Valley Village area of Los Angeles on May 10. Silva was arrested a day later and remained behind bars on Wednesday.
Police said the 26-year-old tattoo artist was driving the 2020 McLaren 600LT at the time while La Barrie was in the passenger seat. The luxury sports car was traveling “at a high rate of speed when the driver lost control,” ran off the road and into a stop sign before finally slamming into a tree, according to a previous press release from the Los Angeles Police Department.
Silva allegedly tried to flee the scene, but was stopped by witnesses, law enforcement sources told TMZ.
Photos taken at the scene of crash showed Silva being taken away on a stretcher. He reportedly suffered a broken hip. La Barrie was also transported to an area hospital, where he was later pronounced dead.
The Los Angeles District Attorney’s office on Tuesday confirmed the charge against the 26-year-old tatooist, best known for his stint on season 10 of the reality competition show “Ink Master.”
According to his show bio, Silva grew up poor, and at age 19, spent some time in jail and became homeless.
“With just $300 saved up, he purchased tattoo equipment with a dream of making it big,” the bio reads.
He has since opened Daniel Silva Tattoos and his YouTube channel has more than 229K subscribers while his Instagram pages boasts 1.1 million followers.
In legal documents obtained by TMZ, the District Attorney said Silva “did unlawfully, and with malice aforethought” murder La Barrie.
Just prior to his death, La Barrie, who had more than 330,000 subscribers on YouTube and more than 200,000 followers on Instagram, was celebrating his birthday while listening to 2 Chainz’s “Birthday Song” and drinking champagne, as seen in a slew of celebratory Instagram Stories.

La Barrie also posted a vlog titled “Deleting This Video In 24 Hours....” in which he told viewers he would be live-streaming his birthday festivities on Twitch.

His brother, Jarrad La Barrie, recently paid tribute to the late internet star on Twitter, writing that his sibling died “in a car accident with his drunk friend driving.”

“This is the hardest thing I’ve ever had to do I don’t know how I’m supposed to do this without you I miss you so much already this isn’t fair,” Jarrad wrote above a selfie of his brother.

“Thank you for always being the best big brother I could ask for I love you so f------ much life’s never gonna be the same without you R.I.P. P.S. say hi to grandad and grandma for me I love you."

Officer Mike Lopez, media relations officer for the LAPD, told USA Today Silva “was driving the car under the influence of alcohol," but he has not been charged with a DUI.

If convicted on the second-degree murder charge, Silva faces up to 15 years behind bars.