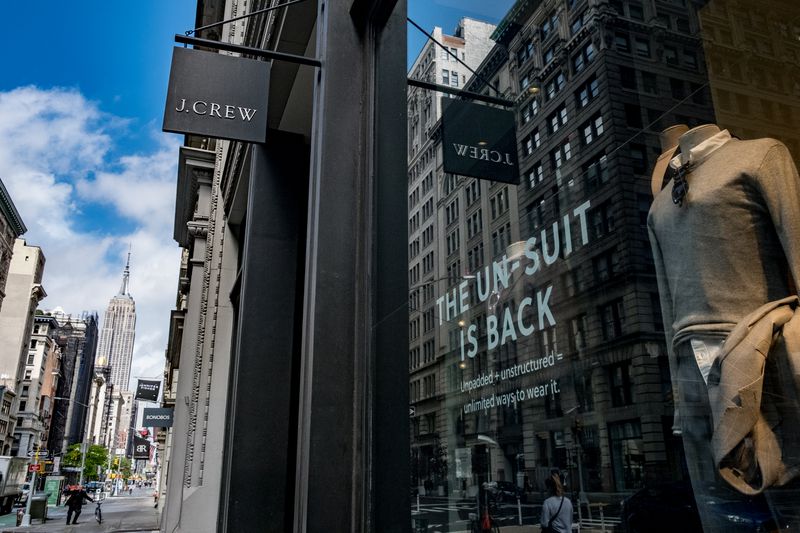 The owner of apparel line J.Crew filed for Chapter 11 bankruptcy on Monday, becoming the first national retail casualty of the coronavirus pandemic.
J.Crew Group, which also operates the Madewell brand, plans to remain in business beyond the current health crisis and hopes the bankruptcy proceedings will position the company for “long-term success,” the New York-based corporation said in a statement.
The trendy clothing company also secured $400 million in financing from existing lenders to restructure its debt.
J.Crew was already in trouble before the COVID-19 pandemic and the bankruptcy filing was widely expected.
“This agreement with our lenders represents a critical milestone in the ongoing process to transform our business with the goal of driving long-term, sustainable growth for J.Crew and further enhancing Madewell’s growth momentum,” company CEO Jan Singer said in the statement.
J.Crew said it plans to re-open its stores when lockdown orders are lifted and it’s safe to do so.
“As we look to reopen our stores as quickly and safely as possible, this comprehensive financial restructuring should enable our business and brands to thrive for years to come,” Singer said.
The announcement comes days after the Department of Commerce reported a staggering drop in the country’s economic activity as much of the U.S. remains under lockdown orders to contain the spread of COVID-19.
The report found that the nation’s gross domestic product dropped at an annual rate of 4.8% last quarter, the sharpest fall since the financial crisis of 2008. The numbers were led by plummeting consumer spending, which accounts for more than two-thirds of the country’s economic activity, and are expected to be much worse in the three-month period ending in June.
Posted by free heip at 09:43