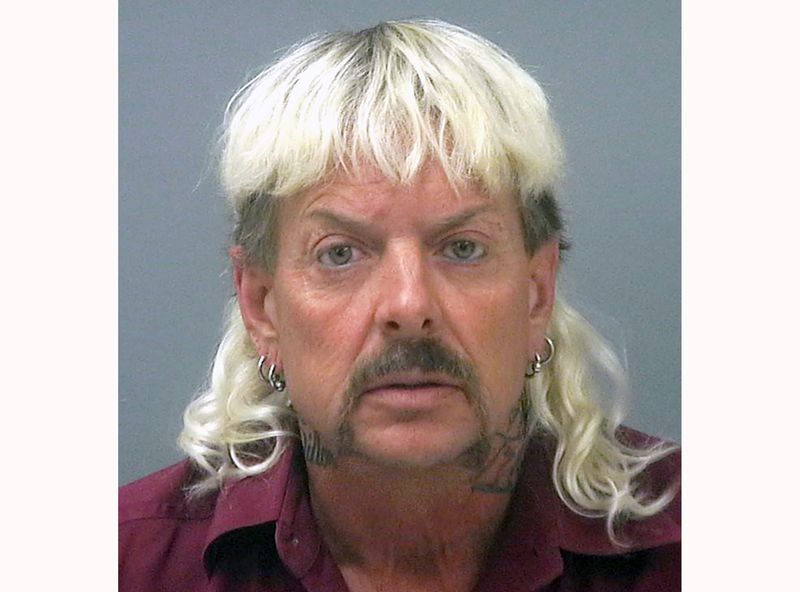 
Joe Exotic’s legal team is reportedly going to the top of the food chain in an effort to get him pardoned.
Lawyers for the incarcerated “Tiger King” star are expected to show up at the White House on Tuesday in hopes of asking President Trump for the pardon, according to TMZ.
Joe Exotic, whose real name is Joseph Maldonado-Passage, is currently serving a 22-year sentence on multiple charges that stem from accusations of animal abuse and from his alleged involvement in a murder-for-hire plot to kill big-cat activist Carole Baskin.
The former Oklahoma zookeeper was sentenced by a federal judge in Oklahoma City in January.
The reality star and his situation achieved widespread attention this year after Netflix released its buzzy “Tiger King” true crime documentary series about Maldonado-Passage and the world of big-cat collectors.
Maldonado-Passage spent $1,000 to meet Trump at a campaign event in 2016, according to TMZ, which cited unnamed sources.
The Secret Service reportedly did not allow Maldonado-Passage to go back inside after he stepped out for a cigarette at the time, telling him there was a no re-entry policy, though the sources told TMZ that the agents had found the zookeeper’s behavior at the event to be strange.
Posted by free heip at 08:48