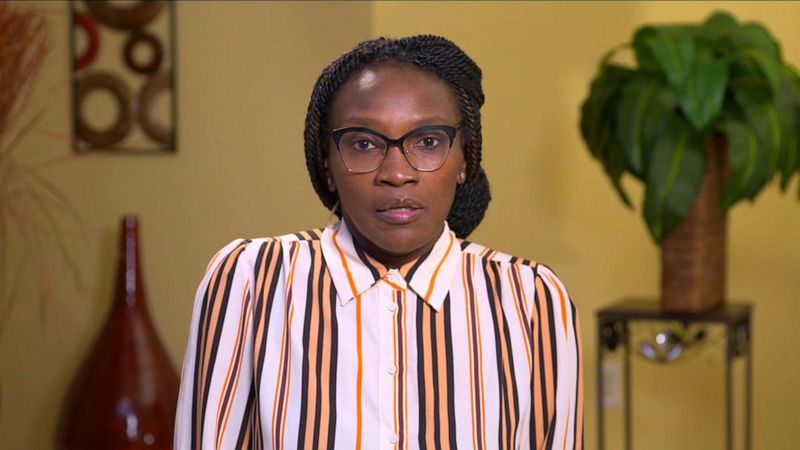 The grieving mother of a black jogger who was shot and killed by two white men while out on a run in Georgia said she has not been able to watch the newly surfaced video showing the deadly confrontation.

“I don’t think I’ll ever be in a mental state where I can actually watch the video. I had others that watched it that shared what they saw and that just was enough,” Wanda Cooper-Jones told ABC News in an interview Thursday.

The death of her son, 25-year-old Ahmaud Arbery, has sparked widespread outrage and accusations of racism as no arrests have been made nearly three months after the killing.

Footage of the Feb. 23 incident was posted on social media this week, but the victim’s family believes authorities had already seen the clip weeks ago.

The graphic video shows the unarmed victim running through a neighborhood in the coastal city of Brunswick in broad daylight when former police officer Gregory McMichael and his son, Travis, apparently started following him in a pickup truck.

After the younger man brandished a rifle at Arbery, the pair appeared to scuffle and gunshots ensued. The victim was shot three times and later died at a hospital.

The 64-year-old ex-cop and his 34-year-old son claim they thought Arbery was a burglar because there had been a series of break-ins in the area at the time.

A special prosecutor has since called for a grand jury to review the case, but a date has yet to be set. The Georgia Bureau of Investigation has also launched its own investigation.

“I think that they don't feel like he was wrong because he was one of them,” she said Thursday.

The disturbing video has prompted protests and calls for the father and son to be charged immediately.

“The video is clear: Ahmaud Arbery was killed in cold blood,” former Vice President Joe Biden tweeted on Tuesday. “My heart goes out to his family, who deserve justice and deserve it now. It is time for a swift, full, and transparent investigation into his murder.”

Cooper-Jones described her son as a “kind” and “well-mannered” young man.

“Ahmaud, most of all, was loved by his family and peers,” she said. “Ahmaud didn’t deserve to go the way that he went.”