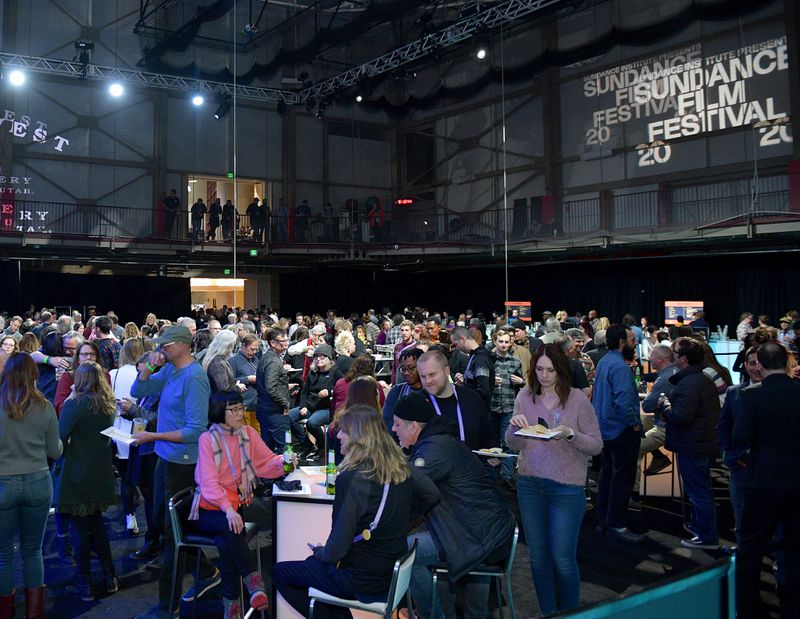 A view of the venue during the Awards Night Ceremony Reception during the 2020 Sundance Film Festival at Basin Recreation Field House on Feb. 1, in Park City, Utah.(Matt Winkelmeyer/Getty Images)

A mysterious wave of nasty illnesses among people who went to the Sundance Film Festival this year has led to speculation over whether it was coronavirus that made attendees sick.

Over a dozen people who took part in the 2020 edition of the festival in Park City, Utah, told The Hollywood Reporter that they became ill, and knew other attendees who got sick, too.

Symptoms experienced by the festivalgoers included severe coughing, difficulty breathing and fevers — ailments that are each typically associated with COVID-19.

“Logic dictates that they most probably did have it,” microbiologist Dean Hart told THR. “With Sundance, you’ve got the perfect formula for this virus to really go to town and contaminate everybody.”

None of the people who spoke with THR have received COVID-19 antibody tests yet, and a rep for Sundance told the outlet that organizers had not been informed of any confirmed coronavirus cases that were linked to the festival.

On Jan. 21, a man in Washington state who had traveled to Wuhan, China, became the first coronavirus case to be confirmed in the United States.

Among the festival’s attendees who got sick with some kind of illness was a prominent actor whose identity was not revealed in the report.

Actress Ashley Jackson told THR that she began to feel sick with a fever, fatigue, shortness of breath and other symptoms on Jan. 27, and was later diagnosed with the flu. She was not, however, tested for the flu.

She later spoke with others who went to Sundance — and learned they had similar experiences.

“We all had the same symptoms, all had the cough, all had trouble breathing at night," Jackson said. “Some of us got humidifiers and some got oxygen. And we were all just miserable for three to four weeks. And then out of nowhere, we’re back living in society like nothing is wrong. And then I see all these coronavirus stories, and I was like, ‘Whoa.’”