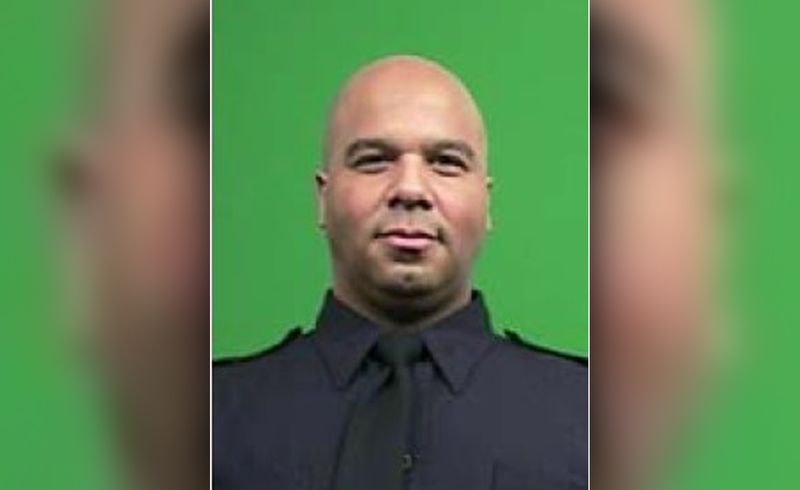 
Juan Pineda insists he wasn’t speeding or drunk when he was busted by a Bronx cop, so he fought the charges in court until they were dismissed.
Nearly two years after his June 2, 2018, arrest he has filed a notice of claim accusing Det. Darryl Schwartz of false arrest — a claim that has been repeatedly lobbed at the 16-year NYPD veteran.
“I was never going to accept the plea offers,” Pineda said of his battle against the charges. "I wasn’t going to accept something that wasn’t true. [Schwartz] was very unfair to me. I was not drunk.”
Pineda, now 59, was driving home with two friends after a party when he was pulled over after turning onto E. 180th St. from Valentine Ave.
“We were talking to each other, laughing, gesturing," Pineda said. “I think the police officers thought we were laughing at them.”
Schwartz and his partner told Pineda he was being pulled over for speeding, but Pineda says he was not and he was never charged with that offense.
Pineda, whose daughter is a cop, insisted he had two beers over a period of more than four hours and was in full control of his faculties when he followed Schwartz’s order to get out of the car and was accused of being drunk.
He registered a .06 on his Breathalyzer test, according to court papers, and was charged with driving with ability impaired.
By then, a number of Schwartz’s cases had either been dismissed or never even taken to court by prosecutors.
Despite Pineda’s blood alcohol level, the DA’s office three times came to him with a plea deal, each one better than the previous offer, but he and his civil lawyer, Samuel DePaola, believe the car stop was not justified and so didn’t take a deal.
The District Attorney eventually dropped the case against Pineda. His lawyer believes prosecutors feared they could not win a conviction because Schwartz’s other questionable DWI arrests would come up in court.
A spokeswoman for Bronx District Attorney Darcel Clark wouldn’t say if the office’s Public Integrity Bureau has ever investigated Schwartz.
Since then, four more of Schwart’z DWI cases have been dismissed, and four more civil suits have been filed against him.
Willoughby Jenet, a Legal Aid lawyer who represented Pineda in his criminal case and has tracked nearly three dozen of Schwartz’s busts, accuses the cop of making unjustified arrests to pad his overtime pay, a scheme known as “collars for dollars.” But the NYPD considers his cases “legitimate arrests."
Attorney Jonathan Robert’s clients include Daniel Feliz Parra, 23, who says he was walking away from his car when Schwartz told him to get back in and start the engine. Another accuser, Hugh White, 53, said his friend stopped his car to run an errand at which point White slipped behind the wheel and was busted. He said he wasn’t drunk, refused to take a Breathalyzer test — and was acquitted at trial.
Lawyer David Jacobs said Herbert Bruno, 46, registered a high blood alcohol level, .093, but was asleep in his parked car with the engine off when he was busted. Bruno beat the case at trial but was fired from his job as an Access-a-Ride driver. With no job, he couldn’t make his car payments and his vehicle was repossessed.
Lawyers say DWI arrests are usually tough to beat and that it is unusual for so many of them made by one cop to fall apart.

But Paul DiGiacomo, president of the NYPD’s Detectives’ Endowment Association union, called the suits frivolous, filed by “ambulance-chasing lawyers eager to settle with the city out of court.”

Schwartz has run afoul of the NYPD, though not for his questionable DWI arrests.

In 2013, he was bounced from Manhattan North Narcotics, a prestigious assignment, though the NYPD won’t say why.

He’s also been cited for accidentally firing his gun, for not reporting an incident in which his now ex-girlfriend accused him of striking her, and for hitting a pedestrian after leaving a party, according to court papers from the civil suits against him and NYPD documents.

The NYPD declined to reveal Schwartz’s disciplinary history but last year he spent some time on desk duty after a gun was left on the back seat of his patrol car, an infraction for which he lost several vacation days.
Posted by free heip at 04:55