Potemkin Villages: The History Of Fake Buildings For Tricking Outsiders 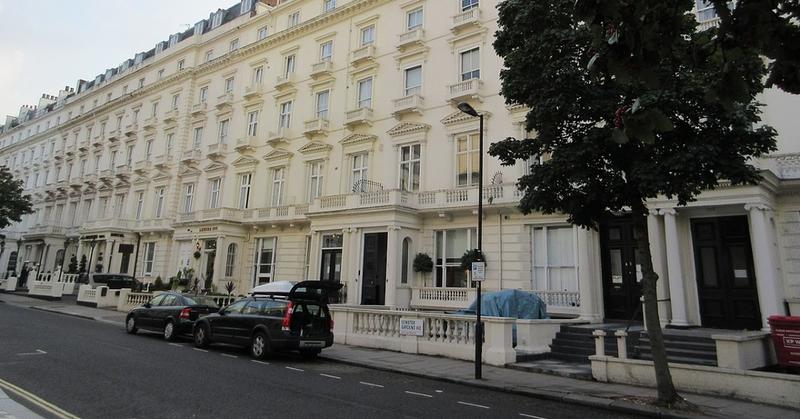 No. 41–46 Leinster Gardens. (David Anstiss/Wikimedia Commons)
What do you see in the photo above? Just a beautiful upscale residential street, basking in the rays of an unusually sunny London afternoon, right? There's nothing particularly interesting on the surface of it, but what if someone told you that's all it is? That if you turned a doorknob, it wouldn't open, and if you peeked through the window, you'd find nothing but a dark wall?
At least, that's the case for two of the houses in Leinster Gardens, whose white mid-Victorian facade exists merely to cover up the unsightly railroad tracks behind them. These so-called fake buildings are more common than you might think, often found in the upscale neighborhoods of big cities to hide ugly industrial or transit blights. If you put enough of these fake buildings together, you've got what's known as a Potemkin village.

Potemkin villages can be entire streets, neighborhoods, or even towns filled with fake buildings, usually for some kooky political or military purpose. The odd practice got its name from Grigory Potemkin, a lover of Russia's Empress Catherine the Great. According to legend, Potemkin wanted to show off Russia's impressive villages along the edges of the Dneiper River to some traveling royalty and foreign dignitaries as they passed by boat. There was only one problem: The villages in this area weren't actually impressive. They were poverty-stricken and derelict, nothing for a leader to boast about.
To remedy this, the story goes, they quickly built attractive facades to hide the ugly truth and then somehow moved these exteriors to the next town before the boat got there. The boat would have been moving faster than any method of 18th-century ground transportation, let alone one that could move an entire wall, so this would have been quite a feat indeed for the chance that the traveling foreigners wouldn't notice they kept passing the same building. Most historians have called out these inconsistencies, but the name stuck all the same. 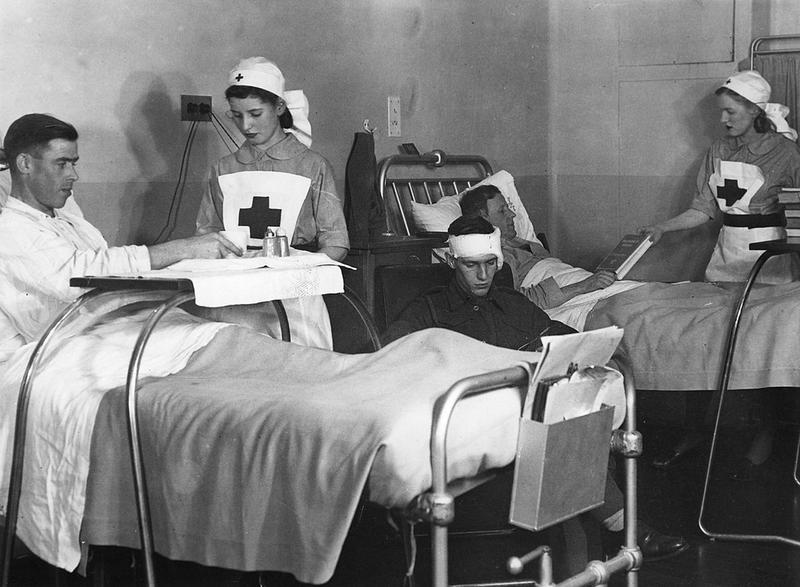 In 1944, the Nazis attempted the Potemkin method of "beautifying" Theresienstadt, Germany after the Red Cross demanded a visit due to suspected human rights violations. The Theresienstadt ghetto was, in reality, little more than a concentration camp, so to cover their tracks, German troops selected a number of Jewish prisoners to fake a normal life in the makeshift town. The soldiers scrubbed the village clean and set up everything from fake stores to fake criminal courts. The Jewish "mayor," Paul Eppstein, played his part with a black eye as he escorted the Red Cross to sporting events, children's theater shows, and pre-approved films. After spending only eight hours in the village, the Red Cross representative gave the thumbs-up and continued negotiating small prisoner releases with the Germans. By the end of the war, over 30,000 prisoners died in Theresienstadt, with another 88,000 more sent to extermination camps from the ghetto. 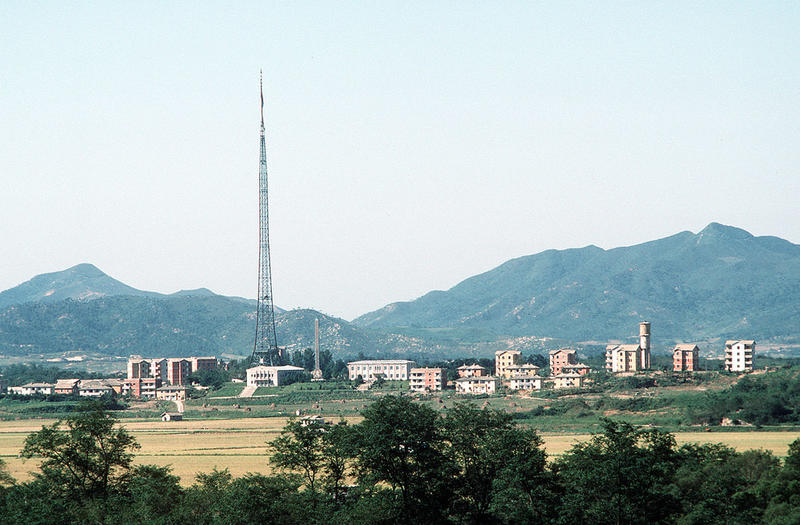 Just off the Korean Demilitarized Zone, on the North Korean side of the border, stands a small town known as Kijŏng-dong, or "Peace Village." It's supposedly home to a few hundred villagers, and although it's monitored by South Korea and they've observed some foot traffic, the goings-on in the village are highly suspect. It seems severely underpopulated for how many buildings fill its skyline, and the South Korean military has claimed that these buildings are entirely fake, with only the surrounding farmland in real use. If you look closely, they say, some doors look painted on, the lights all turn off at the same time every night as if on timers, and music is blared through loudspeakers. It's more likely that this is a military outpost with an unassuming design rather than a vibrant homestead.
It's far from the only one; Potemkin villages were seemingly made for countries like North Korea. Even the bustling capital of Pyongyang is suspected of being something of a shell city. While undoubtedly the most densely populated area of the nation, Kim Jung Un has ordered a high-rise residential construction frenzy during his reign, and it's unclear just who in the impoverished country can afford such luxurious apartments. The Ryugyong Hotel, A.K.A. the Hotel of Doom, is the most notorious example of North Korea's fake buildings. At 105 stories tall, this glass monstrosity has loomed over the capital since 1992 and has yet to serve even a single guest. 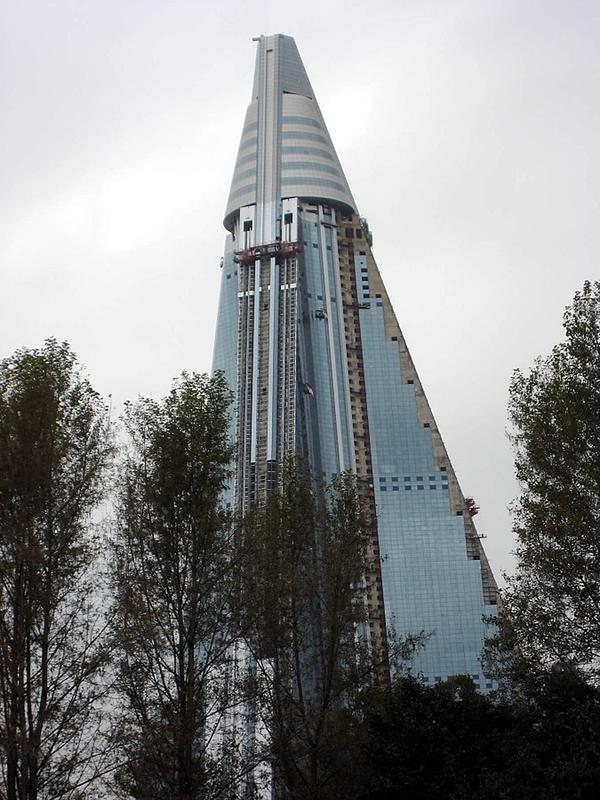 Even the most benign governments are not above using Potemkin measures to save face. In 2006, the Detroit committee responsible for planning Super Bowl XL decided to repaint abandoned buildings and install temporary lighting to make the city look more inhabited than it actually was. After the 2008 housing crash, cities like Chicago and Cincinnati kept up abandoned properties by installing fake windows and doors in an effort to keep the local property values from slumping further. The Northern Irish town of Enniskillen didn't want to squander the honor of hosting some of the world's most important leaders during the 2013 G8 Summit, so they placed large photo-realistic stickers in the windows of several shops to mimic groceries and bakeries that were sadly no longer in business. Sure, it's a little dishonest, but sometimes, you gotta fake it 'til you make it.
Posted by free heip at 06:36