Rookie NYPD officer to be released on $500,000 bond for Long Island roadside shooting of best friend after claiming self-defense 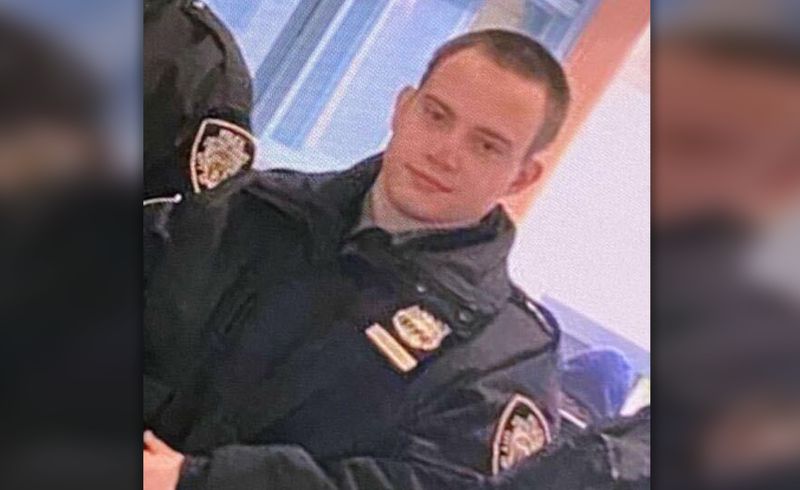 
A Long Island judge set bond at $500,000 for a rookie NYPD cop jailed last week after his lawyer argued the fatal shooting of his lifelong friend on a Long Island street was a case of self-defense.
Errick Allen, 27, was waiting for family members to post the bond and secure his release from the Nassau County Correctional Center for the killing of longtime pal Christopher Curro on a suburban Long Island street on May 12. Allen was held without bail at his initial court appearance.
Authorities said he pumped five bullets into Curro, including two to the head and two more to the neck, before fleeing the scene.
Allen later returned about 30 minutes with his father, and authorities said he acknowledged shooting the 25-year-old West Babylon man in the head. Prosecutors said at least one of the shots was fired from close range, and charged the officer with second-degree murder.

The ruling from Acting Supreme Court Justice Robert Schwartz came over the objections of prosecutor Josh Gradinger, who described the shooting as “an exceptionally brutal, personal, intimate killing.”

But defense attorney Anthony LaPinta asserted that Allen, assigned to the 109th Precinct in Queens, was reacting to an attack by Curro when he pulled an NYPD-issued gun and started firing at his friend. The lawyer claimed that Curro was banging his client’s head against the ground before the shots were fired, according to Newsday.

“We are thankful that Justice Schwartz acknowledged the importance and relevance of this new evidence and modified the bail accordingly,” read a statement from LaPinta.

"There are many facts to support a justification defense that will vindicate Errick Allen of any crime. This is a terrible tragedy that has destroyed the lives of two childhood friends and their families.”