Samuel Morse upset his father by becoming a painter. (history.com)
You may only know Samuel Morse for that code he invented, but there was much more to the man than dots and dashes. He was also a mediocre student who dreamed (much to his parents' chagrin) of being an artist, a pro-slavery and anti-Catholic intellectual, and a widower whose infamous moment of inspiration stemmed from his wife's tragic death.

Who Was Samuel Morse?

When he was born on April 27, 1791 in Massachusetts, he was given the name Samuel Finley Breese Morse, but he often (understandably) shortened his name to Samuel F. B. Morse. His father, a noted geographer and clergyman, had high hopes for his son, but Morse proved to be a lazy student at Phillips Academy in Andover, Massachusetts and then Yale College in New Haven, Connecticut. During his time at Yale, however, he did discover two passions: painting and the new science of electricity. When he announced his intentions to be a portrait painter, you could say his father was less than pleased. 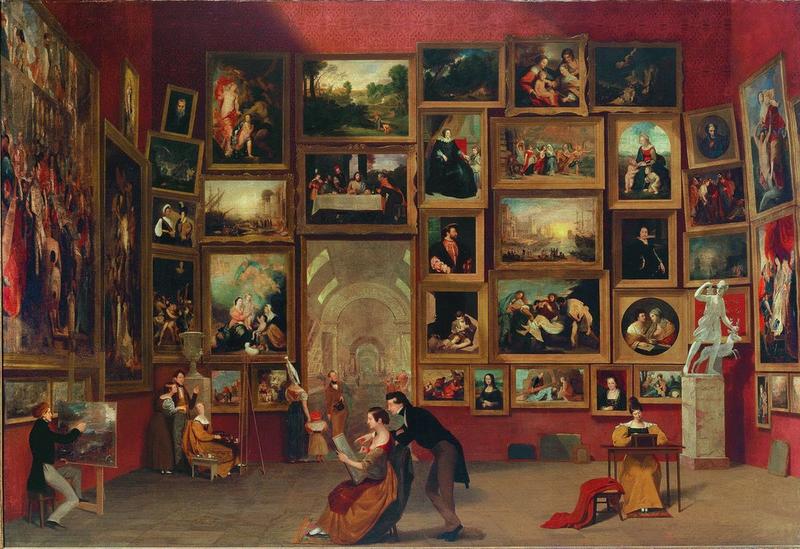 Morse tried to paint all the masterpieces of the Louvre in one painting. (artsy.net)

His father must have gotten over his anger about his son's career choice, because in 1811, he helped pay for Samuel to travel to England to study painting. It wasn't a great time to be an American in England, as the War of 1812 famously broke out the next year, but Morse remained an outspoken American loyalist. When he returned home, however, he found that patriotism ran so high in the United States following the war that his English style of painting was frowned upon, and he struggled to find work until he adapted to a more American sensibility. One of Morse's good friends, novelist James Fenimore Cooper, experienced the same backlash against his writing style, giving the two buddies something to commiserate over. 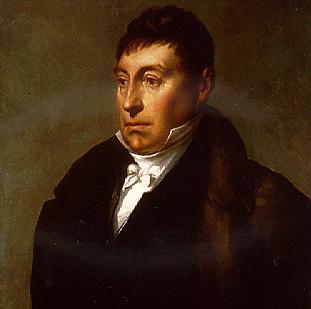 Portrait of Lafayette as painted by Samuel Morse. (en.wikipedia.org)

Since his college days, Samuel Morse was interested in electricity, a fairly new and little understood phenomenon. He read all he could about electricity and the technology it had enabled, but it took a terrible tragedy for Morse to generate the electric idea that would make him famous.
In 1825, he was in Washington to paint a portrait of the Marquis de Lafayette while his wife, Lucretia, remained at home. She was pregnant with their third child and due to give birth any day, so the couple wrote to each other often, but the postal service was as slow back then as it is today. Despite this constant contact, it was several days after Lucretia tragically died in childbirth that Morse got the news. He dropped everything to rush home to Connecticut, but it was too late—Lucretia had already been buried. Devastated, Morse cursed the snail's pace of the postal system and hatched an idea for a quicker method of communication.
After Lucretia's death, Morse kicked his study of electricity into overdrive as he experimented with methods of sending code through electrical wires. After a few failed attempts, he presented his technology to Congress, who granted him $30,000 to build a large-scale telegraph system. On May 24, 1844, Morse finished construction of his system and sent the very first telegraph message, which read "What hath God wrought?" It was received on the other end just a few seconds later. 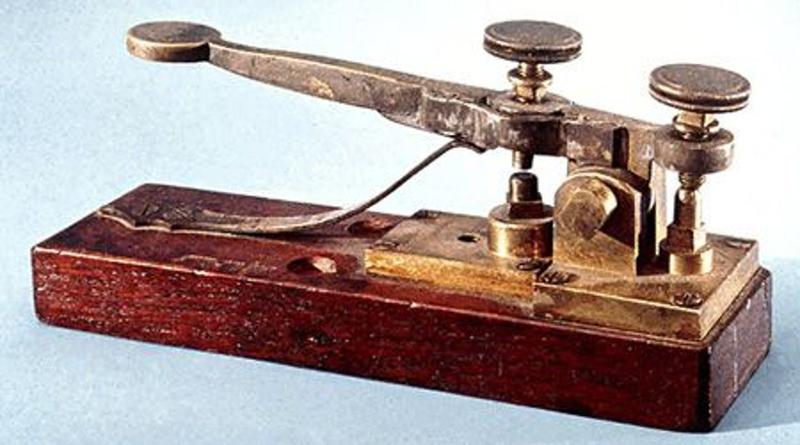 Morse's original telegraph is in the Smithsonian Institute. (cincinnati.com)

Morse's telegraph transformed the world, allowing messages that would have previously taken several days to reach their recipient to be sent in mere seconds. It gave him the fame and fortune he sought, but he still hoped to be more famous for his paintings than his invention, so he turned his focus back to his art. He had recently discovered a new passion: the daguerreotype. Morse studied the forerunner to photography in Paris under its creator, Louis Daguerre, and became one of the first people to bring this technology to the United States. 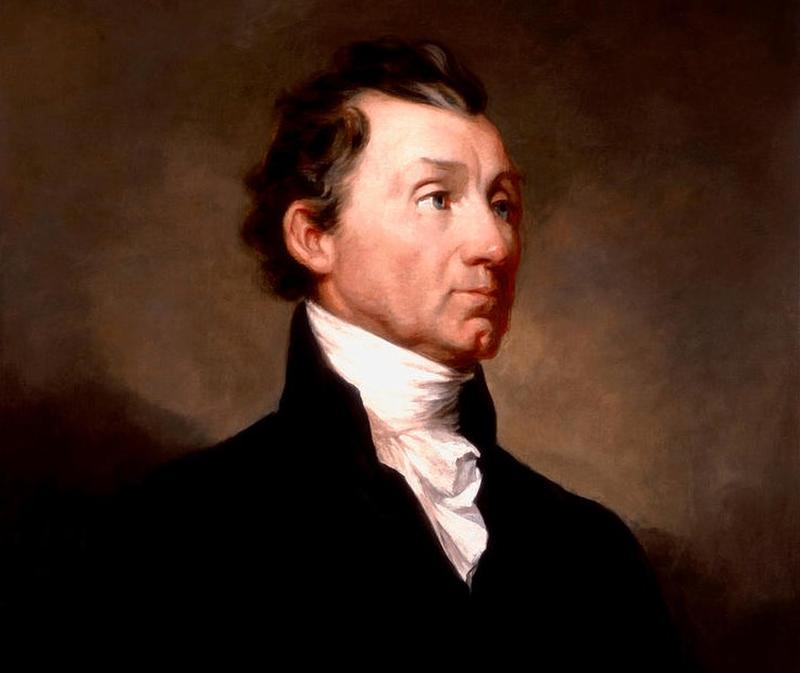 Samuel Morse was outspoken and loved to debate ideologies with others. When he decided to throw his hat into the political arena, he ran on anti-Catholic, anti-immigrant, pro-slavery platforms, but he was also generous with his fortune. He donated to various religious and temperance groups as well as Vassar College, which he founded. Many of the portraits that he painted are still on display in various galleries and museums.