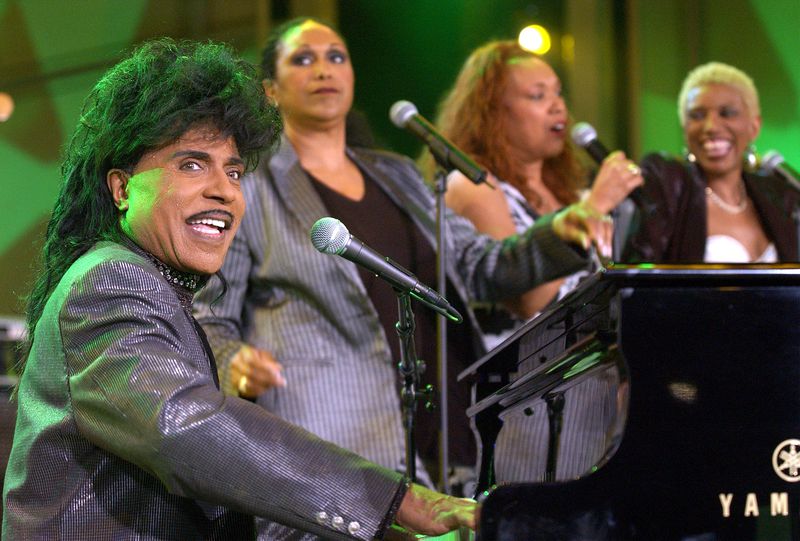 Rock and Roll Hall of Famer Little Richard, the pompadoured preacher-turned-seminal rocker and an influence on generations of musicians, died Saturday, according to a report. He was 87.

His son told Rolling Stone magazine the cause of death was unknown.

The wildly influential singer and pianist established rock ’n’ roll as a genre with just one rule — there are no rules. And his signature recordings, including “Long Tall Sally,” “Rip It Up,” “Lucille,” “Tutti Frutti,” and “Good Golly Miss Molly” remain embedded in the core DNA of rock ’n’ roll. He was a member of the Hall of Fame’s inaugural class in 1986, and was also an inductee of the Songwriters Hall of Fame.

His acolytes ran the gamut from the Beatles to Bruce Springsteen, from John Fogerty to Prince. And though his biggest hits were all recorded between 1956-58, the impact of his androgynous style and his songs over the next half-century was immeasurable. He even toured with both the Beatles and the Rolling Stones, who served as his opening act on a 1963 British tour.

His wild stage show, with Richard pounding his piano and howling his lyrics like a banshee, became a template for artists from Jagger to James Brown to Elton John. And Little Richard, no shrinking violet when it came to self-promotion, was happy to take the credit: “I am the architect of rock ’n’ roll. I am the creator, the originator, the emancipator, the quasar.”

The seminal rocker, in a 1989 interview, even declared that Prince was “the Little Richard of his generation. I was wearing purple before (he) was wearing it!"

His short but hugely influential run of hit singles started with “Tutti Fruitti” in 1956, featuring his signature shout of “Womp-bomp-a-loo.” It was quickly followed by “Long Tall Sally,” “Rip it Up,” “Lucille” and “Good Golly Miss Molly” — the latter a staple of Springsteen live shows for decades.

Paul McCartney copped Richard’s signature yelps — perhaps most notably in the “Wooooo!” from the hit “She Loves You.” And ex-bandmate John Lennon covered Richard’s “Rip It Up” and “Ready Teddy” on the 1975 “Rock and Roll” album.

The rock and roll original was born Richard Wayne Penniman in Macon, Ga., the third child in a family of 12. His father was a bootlegger, and his grandfather a preacher. He began singing in the church choir and with his siblings — who dubbed him “War Hawk” because of the boy’s powerful voice. In addition to singing at Pentecostal church services, he would sing, dance, and speak in tongues.

His role models were the great black gospel singers of the ’30s and ’40s, including Sister Rosetta Tharpe, Mahalia Jackson, and Marion Williams, with Richard claiming the technique of punctuating verses with “Wooooo!” as his own.

The young man’s tastes moved quickly from the sacred to the profane. He dropped out of school in the ninth grade to join a traveling medicine show — occasionally donning a dress for their gigs. He eventually landed at Specialty Records with the help of singer Lloyd Price and began recorded his unique brand of pumping piano accompanied by howling vocals that often veered toward gibberish.

In subsequent years, Richard veered between the secular and spiritual worlds. Sometimes he would only preach or sing sacred music. Other times he would sing rock ’n’ roll. By the late 1970s, he had decided a Christian could do both.

He recorded extensively through the years, both gospel and secular material. In the early 1960s, his re-formed rock ’n’ roll band included a young Jimi Hendrix. In later years, Little Richard lent songs to projects that included a Leadbelly tribute and radio host Don Imus’ benefit CD. He also made hundreds of appearances as his own character, popping up everywhere from “Down and Out in Beverly Hills” to “The Young and the Restless” and Geico commercials.

As a preacher, he presided over numerous celebrity weddings, including the nuptials of rockers Tom Petty and Little Steven Van Zandt, and delivered a eulogy for Ike Turner.

His influence was immense. John Fogerty wrote “Traveling Band” as a Little Richard song. Mick Jagger said he never realized what an artist could do to a crowd until he saw Little Richard on a 1963 British tour where the Stones were the opening act.

As time passed, Little Richard became less of a present star and more of an image. But no artist since then has found such common ground between “Wop bop a lu-op a lop bam boom” and “Praise the Lord.”