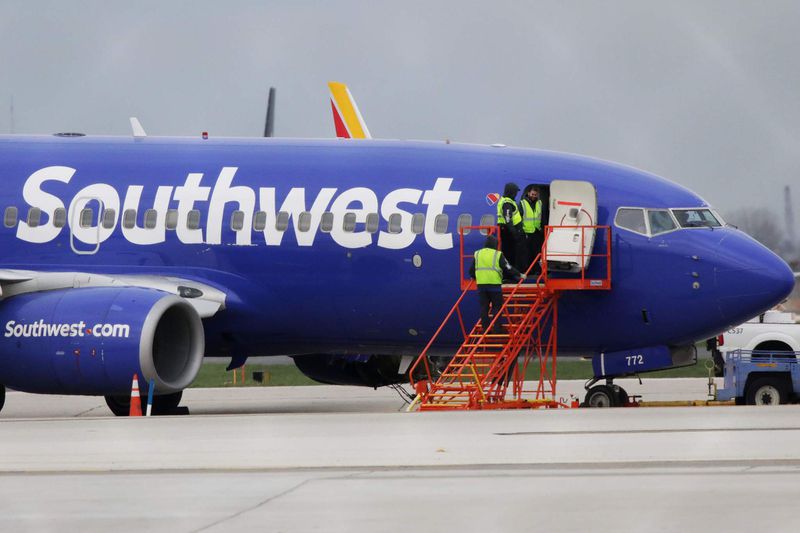 A man was struck and killed by a Southwest Airlines jet landing on a runaway at Austin-Bergstrom International Airport, authorities said(DOMINICK REUTER / AFP/Getty Images)

A Southwest jet traveling from Dallas fatally struck a person as it touched down at a Texas airport Thursday night, authorities said.

The pilot of the Boeing 737 reported seeing someone on the runway as he arrived at the Austin-Bergstrom International Airport around 8:12 p.m, according to a statement from the Federal Aviation Administration. The plane’s driver a short time later found a man on the runway, who was pronounced dead soon after.

There were 53 passengers and five crew members aboard the plane at the time of the incident, according to CBS News.

“Austin-Travis Emergency Medical Services responded to the incident and pronounced the victim deceased at the scene,” the airport said in a statement on Twitter.

The runway where it happened was closed as authorities investigated but a second was kept open so the airport could remain in operation on Friday, according KEYE-TV.

Airport spokesman Bryce Dubee told the Dallas News that officials do not believe the man was supposed to be on the runway when he was hit, but they’re working to confirm and determine the events leading up to his death.

He was not dressed as an airport worker nor did he have any identification on him.