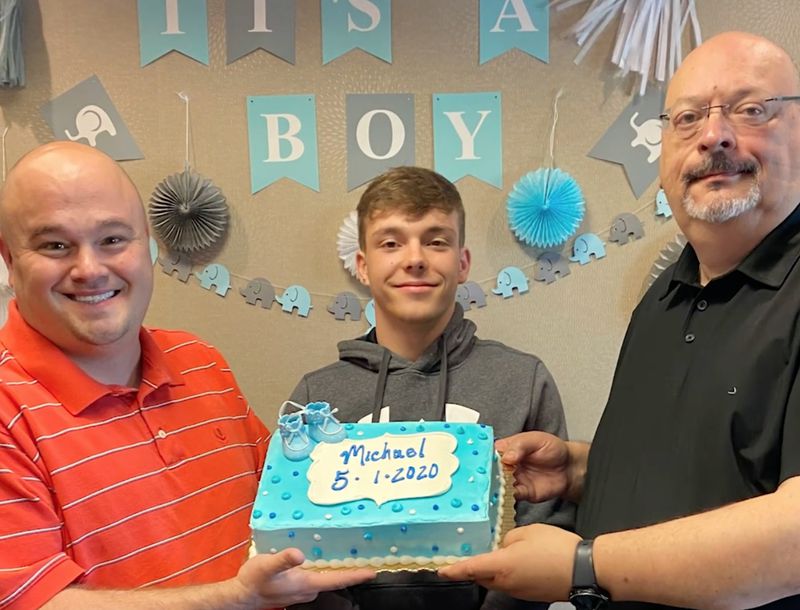 Tennessee dads adopt a teen who spent 5 years in foster care over Zoom.


A 17-year-old who spent five years in nine different foster homes now has a “permanent and forever” family, as he was officially adopted by Chad and Paul Beanblossom of Pigeon Forge, Tenn.
The two dads embraced their new son in front of a computer screen — through the teleconferencing app Zoom — as a judge made it official: “He will be forever known as Michael Anthony Cruz Beanblossom.”
The touching moment, which took place over teleconferencing due to social distancing measures, was shared with 80 witnesses, including family, friends and adoption specialists.
“The judge mentioned it was the largest Zoom adoption she had done to date,” Chad told ”Good Morning America” on Tuesday.

Chad and Paul have been married for five years and they already have three biological children, from Paul. They also have grandkids.

The Beanblossoms fostered a few children before Michael, who came into their lives in 2019. When he asked them to be his fathers, they knew what they had to do.

"We wanted the same thing that he did," Chad said. "It's really hard to imagine our life without him."

After Michael’s mother died he went into state custody. Since then he’d lived in nine different homes over five years. When he went to live with his official new dads, “he was labeled a higher risk because he had ran [away] before,” Chad said.

But that wasn’t how he acted with them.

"He just kind of came in and took over our hearts. He's taught us just as much, if not more, than we have him. Our whole world revolves around Michael," he added.

"Michael and his parents' main worry was being able to stay together. I am so happy for Michael, Paul and Chad and am excited to see what the future holds," Allyson Sayne, family services worker at the Tennessee Department of Children Services told “GMA.”

“They have been great at advocating for Michael and giving him opportunities that he may have not gotten otherwise,” Sayne added.