The Invention Of Kryptonite: The Real Reason The Man Of Steel Needed A Weakness

There are a few things that everyone knows about Superman: He's faster than a speeding bullet, he can leap tall buildings in a single bound, and his only weakness is Kryptonite. The glowing green rock—remnants of the crust of his home planet, Krypton—has no effect on humans but renders Superman completely powerless. This weakness hasn't always been a part of Superman's legacy; in fact, Kryptonite didn't even originally appear in the comic books. Still, it's become entrenched in the character's mythology.

Born From A Bathroom Break

Superman's first appearance was on the cover of Action Comics #1 in 1938, and the character's overnight popularity quickly earned him his own radio serial. The Adventures of Superman, which ran from 1940–1951 and comprised more than 2,000 episodes, was often recorded live, giving star Bud Collyer precious few opportunities to leave the booth when nature or otherwise pressing concerns called. To give the guy a break, the producers came up with the concept of Kryptonite. In such a weakened state, they reasoned, Superman's voice would naturally change, allowing another actor to step in while Collyer took care of business. 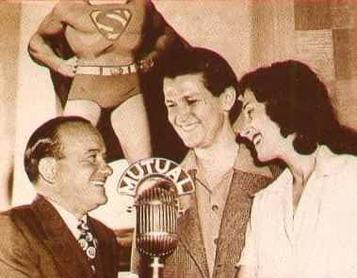 The invention of the mysterious green rock killed two birds with one stone. One of the biggest complaints about Superman was (and remains) the comical mismatch between the Man of Steel and any enemies he encounters. How can a human scientist defeat the last son of Krypton when he can harness the power of the Sun to shoot heat rays and fly backwards around the Earth to reverse time? Logically, there's no tension, no question of who will win. It's boring, so producers of The Adventures of Superman used Kryptonite to give Superman's villains a chance to defeat him or at least let the audience think they might. The stones worked so well that the writers of the comic books used them for the same purpose. 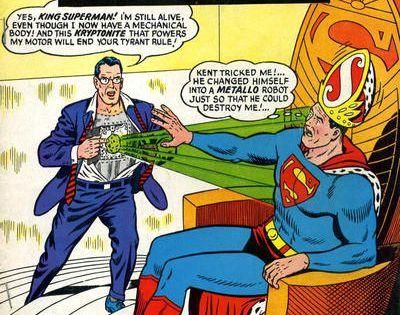 
Not A Perfect Solution

As the star of The Adventures of Superman, Bud Collyer worked long hours that would have burned anyone out even with ample breaks for mineral shenanigans. They couldn't just drop a truckload of Kryptonite on his character whenever he needed a vacation, so the producers used several different twists and plot devices to keep Superman temporarily out of commission and give Collyer time off from the series. In his absence, secondary characters like Jimmy Olsen or Lois Lane took over the spotlight. Sometimes, Batman and Robin even showed up to help out while Superman was missing in action. 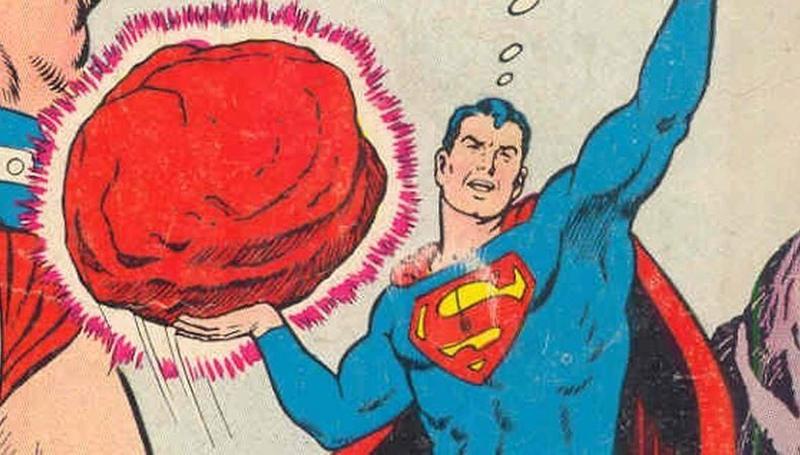 In the 1940s, comic books and their offshoot properties weren't as concerned with crafting continuity as they are today. Things happened in the Superman comic books that had no effect on the radio show and vice versa, but Kryptonite was far too good of a concept for the comic's writers to ignore, although it didn't immediately make a smooth transition to the illustrated pages of Superman. When Kryptonite made its page debut in Superman #61 in 1949, the Man of Steel was fighting the con man Swami Riva when his powers were sapped by a mysterious red rock. After going back in time to find the origin of the rock, he discovered that it came from his home planet. That's right: Kryptonite was red. Note that these were not the same rocks as the artificial red Kryptonite that was introduced in the Silver Age. You could say things got complicated in a hurry. 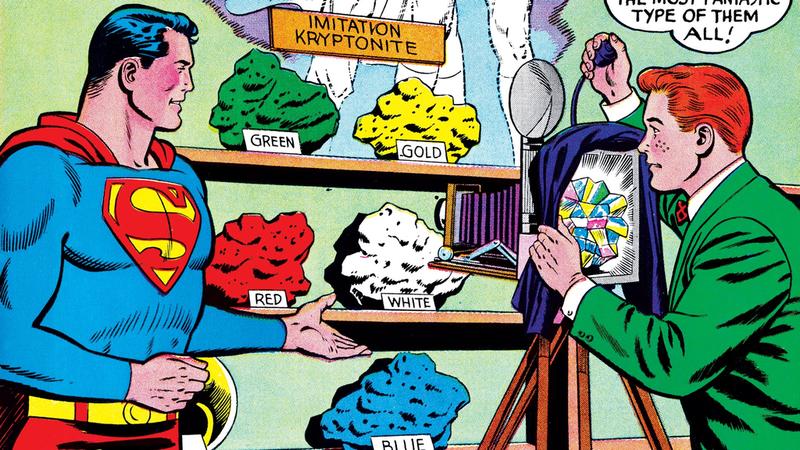 
The Different Types Of Kryptonite

Because Kryptonite wasn't a part of the original concept of Superman, the writers didn't exactly have a detailed guide for how to use the green space rocks, so Kryptonite ended up becoming a nebulous material whose qualities changed whenever they needed it to do something in particular. Things got out of hand in the Silver Age (1956–1970), when writers created different types of Kryptonite that had separate, plot-specific powers and conveniently distinct colors. Classic green Kryptonite drains all of Superman's powers, red Kryptonite makes him loopy and causes chaos, gold Kryptonite specifically interferes with his ability to draw energy from the Sun, platinum Kryptonite gives humans Supermanly powers, white Kryptonite kills all plant life for some reason, and blue Kryptonite is just Bizarro Kryptonite. All of these variations were done away with in the '70s in favor of a more straightforward story line.
Posted by free heip at 10:20