The ‘luckiest man’s’ lost memoir: Lou Gehrig in his own words 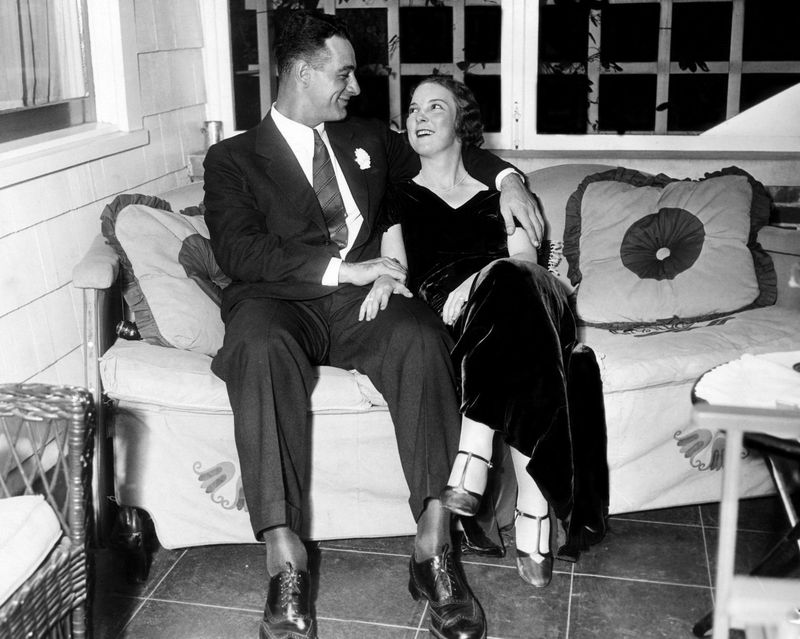 
Even when it was a game of giants, Lou Gehrig loomed large.
He still does, 79 years after he died. While we wait for baseball to return, publishers push bios of some New York legends: Bouton, Berra, Mays. Few, though, stand taller than the mythic Gehrig, who played with style and left with grace.
“Lou Gehrig: The Lost Memoir” captures him in his own modest words.
The idea began in 1927, with a visionary agent named Christy Walsh. He had already promoted Babe Ruth’s colorful life in a syndicated column. For this new series, he turned to the Babe’s straight-arrow, 24-year-old teammate.

But the New York papers already had plenty of Yankees coverage. Only three out-of-town papers signed on for the new feature. It lasted 29 installments and was forgotten.

Until writer Alan D. Gaff rediscovered it. Reprinted now, along with Gaff’s biography of Gehrig, it’s a multi-faceted look at an uncomplicated hero.

Gehrig was born in 1903, and the book begins with his memories of neighborhood games in Washington Heights. “None of the boys had uniforms, and not many of them had gloves,” Gehrig writes. “And whenever they staged a game, they had to post sentries to watch for cops. It was against the law to play ball in the streets.”

Gehrig, though, didn’t get all that much time to play. His German immigrant mother, who had lost three children to illness, made sure her surviving son was well-fed -- too well-fed. The other kids called him Fatty. When he did manage a hit, they laughed as he waddled to first base.
But the more Gehrig played, the more weight melted away. He made the baseball team at Commerce High School, although “I was no bargain,” he recalls. “That first year I had a batting average of 170.” But he practiced and worked hard to improve. His senior year, Commerce won the city championship.
Gehrig then enrolled at Columbia University, happy to join the baseball team but intent on becoming an engineer. Still, the Yankees soon noticed him. After a thrilling 1923 game against Wesleyan, when Gehrig slammed the longest home run ever seen on campus, they offered him a contract.
“My dad hadn’t worked in five months and my mother was in the hospital,” Gehrig said. “The House of Gehrig was broke. (Yankees business manager) Ed Barrow waved $1,500 in front of me and I grabbed it so quick I bet he never saw it change hands.”
His mother begged him not to drop out. Gehrig told her it was only temporary. In addition to the signing bonus, the Yankees were going to pay him $400 a month. He would return to his studies once the family was back on its feet.
He played with the Yankees for the next 16 years.
Still, Gehrig spent most of the first season on the bench, before being sent down to the minors. Yankees manager Miller Huggins called him “one of the dumbest players I’ve ever seen.”
“But he’s got one great virtue that will make him,” Huggins added. “He never makes the same mistake twice. He makes all the mistakes, all right, but not twice.”
By 1925, Gehrig was back in the Bronx and finding his rhythm. In one game, at four at bats, he hit a single, a triple, and a homer. Some of his teammates still ribbed him about being a “college boy,” but Ruth became a devoted mentor.
“Save your money,” the Babe advised. “A bird has to think of the time when he can’t play ball no longer.”
A hard player on the field, Gehrig could be just as fierce off the diamond. Once, in a game against the Tigers, a pitcher deliberately hit him with a fastball. After the game, Gehrig confronted the Tigers’ player/manager, Ty Cobb.
Fists flew. Gehrig fell. Cobb, a dirty fighter, kicked him with his spikes. It took Ruth to break it up. But Gehrig couldn’t hold a grudge. “There’s no one in the league quicker to advise and help than Cobb,” he insisted.
Gehrig’s best year was still ahead. In 1927, the Yankees played 154 games and won an astonishing 110. Their batting roster was hailed as Murderer's Row with Gehrig batting an intimidating .373. He and Ruth began a good-natured race to see who could hit the most homers; Gehrig collected 47, but Ruth set a career-best of 60.
The Yankees swept the Pittsburgh Pirates in the Series. Later, Gehrig was named American League MVP. His new contract tripled his previous salary. He took his share of the Series bonus, $5,782.24, and bought his parents a small house in New Rochelle.
Still, none of it went to his head.
“I think the players in our club have every reason to be satisfied with the work we did,” the perpetually measured Gehrig said, looking back over the 1927 season. “No man stood out, but every man did his share.”
Gehrig’s memoirs end on that highlight.
Gaff’s book goes on, highlighting another decade of breathtaking games. During another World Series sweep in 1928, this time against the Cardinals, Gehrig hit four home runs and averaged a remarkable .545. In 1933, he set a new record, suiting up for his 1,308th straight game.
He would eventually play 2,130 consecutive games. Typically, Gehrig downplayed it. “Why should there be so much fuss about a fellow sticking to a good, steady job,” he asked.
Gehrig also began to develop a life outside the game. In 1933 he married Eleanor Twitchell, a Chicago socialite. He flirted with Hollywood stardom, even auditioning, unsuccessfully, to play Tarzan.
The first baseman took an interest in current events, too. Disgusted that some German-Americans in New York had become Nazi sympathizers, he talked about breaking up one of their meetings with a bat. “I would smack some of those skulls a lot harder than I hit any baseball,” he warned.
By the late ’30s, though, Gehrig was ailing. In 1939, his batting average plummeted to an abysmal .143. When he did connect with a ball, “a child could have hit it harder,” he said. He asked to be taken out of the lineup.
On June 13, Gehrig entered the Mayo Clinic. The diagnosis was grim: amyotrophic lateral sclerosis, a wasting neurological disease. The only outcome was death.
The next month “the luckiest man on the face of the earth” stood one last time at Yankee Stadium to say farewell. “I might have had a tough break,” he told the crowd, “but I have an awful lot to live for.”
A nightclub offered him big bucks to greet patrons. Instead, he took a low-key job with the city’s Parole Commission, counseling ex-cons. But the disease progressed quickly. Gehrig returned to his Bronx home and stayed there until he died in bed on June 2, 1941.
“I still have much to learn, and hope I still have many years to learn it,” concludes his 1927 memoir. “But this I do know, that baseball is today and will be the finest game in the world … And so long as I wear a big league uniform, I will give all I can.”
Of course, he did. And, Gehrig’s example of stoic bravery still inspires.
Posted by free heip at 06:34