The Tale Of The Black Tom Explosion 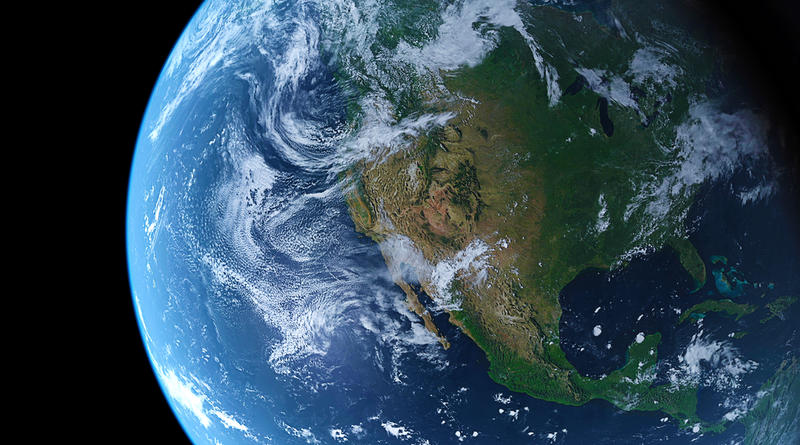 Image of North America from space. Source: (gettyimages.com)
When we think of espionage, most Americans think of the Cold War—dead drops in Berlin, nifty gadgets, the stuff of everyone's favorite guilty pleasure movies—but few think of the early 20th century. In reality, the lead-up to World War I was America's first taste of large-scale international clandestine activity on the home front.
It all culminated in July 1916, when one of the largest non-nuclear explosions in human history ripped through New York Harbor. In an instant, tens of millions of dollars' worth of weapons destined for Entente militaries were destroyed, countless Americans were dead or injured, and the explosion consumed headlines across the country. It's a fascinating tale of international intrigue and espionage, but few people remember the story of the Black Tom explosion. 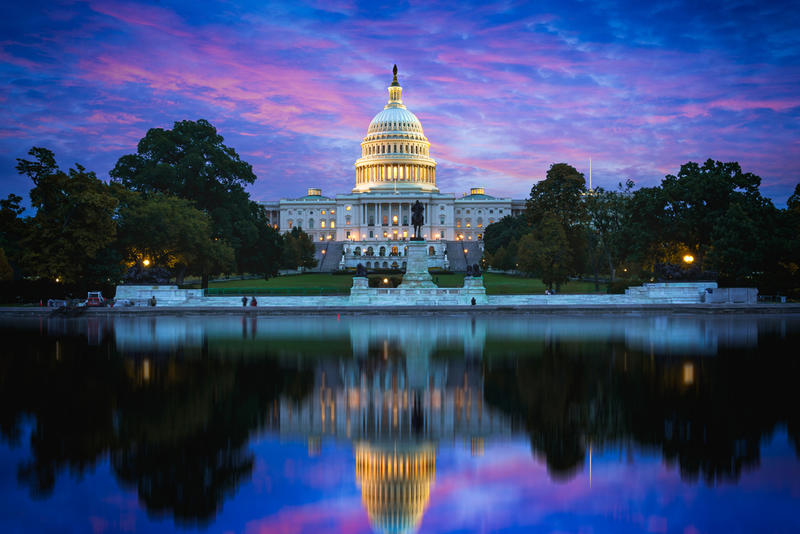 When the war began in August 1914, a nationalistic frenzy gripped the peoples of Europe. Declarations of war and mobilization were greeted with cheers and parades from London to Istanbul, and both sides thought the conflict would be briefly decided in their favor. Of course, that was not the case, and the staggering casualties of early battles quickly shattered any hopes of a quick and bloodless victory.
Even before America's entry into the First World War in 1917, the European powers were well aware that it could eventually tip the balance of the conflict. America was a rising industrial power with a large population, but it was desperate to avoid the war. President Woodrow Wilson went to great lengths to maintain neutrality and even made several attempts to mediate an end to the conflict.
Diplomats, spies, and public relations campaigns from the Entente and Central Powers were working to change this policy of neutrality, and paranoia among the American people only grew as the war in Europe dragged on. The public was decidedly against involvement, but early sympathies were split between the belligerents. Over time this sentiment shifted strongly against the Germans, and this only accelerated the urgency of their covert actions in the United States. 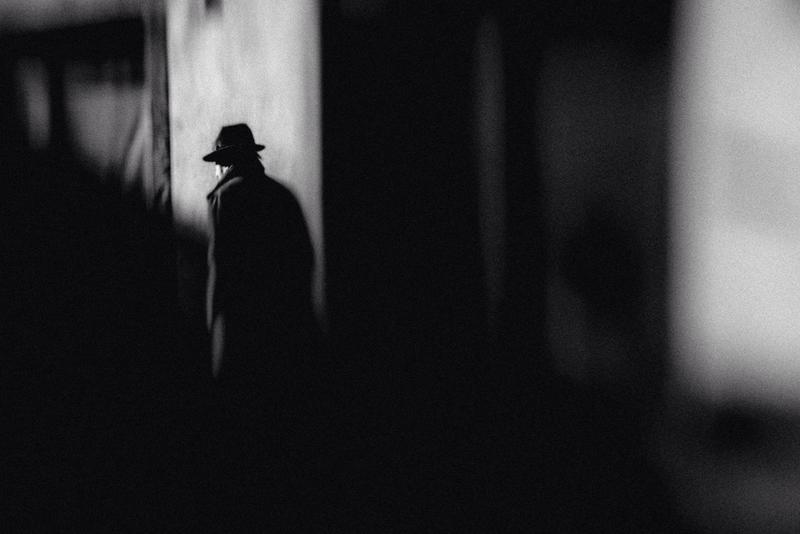 During this period of neutrality, America maintained commercial trade with the European powers. Everything from food to cement to medicine was sold across the Atlantic, and these supplies were useful to the war effort. By early 1915, Germany was under a British blockade, but ports in France, the Russian Empire, and Britain were flooded with American goods, and the Kaiser's government took notice.
The German authorities sought to disrupt this flow of supplies, and what they couldn't sink with their submarines, they intended to destroy at the source—in American factories, warehouses, and ports. Spies engaged in a coordinated campaign of disruption and sabotage that was designed to disrupt the flow of supplies but also to instill fear in the American public and keep them too occupied at home to consider joining the war.
Mysterious fires were engulfing ships and locomotives, explosions destroyed countless factories, and there were even plans to launch anthrax attacks on American horse farms. Some of the plots were discovered and the agents arrested, but the campaign of fear and intimidation was so pervasive that President Wilson was personally involved in directing the response. 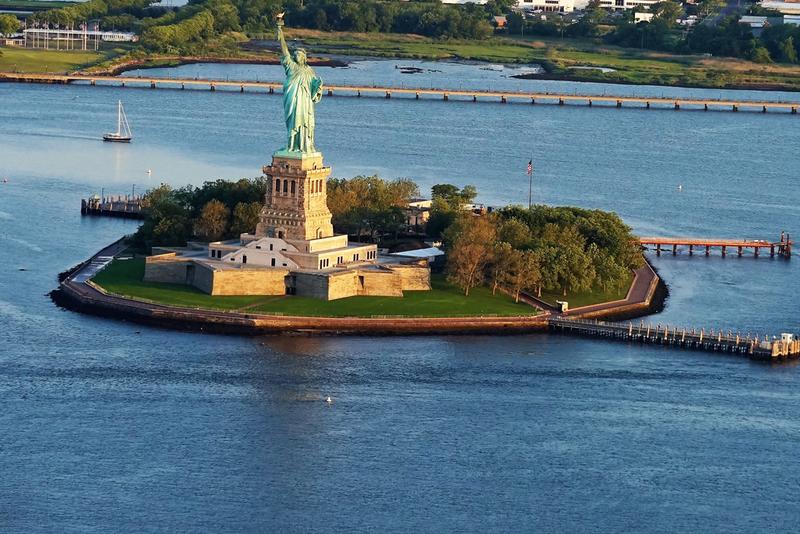 In the early morning hours of July 30, 1916, a suspicious fire was discovered on Black Tom pier in New York Harbor. The pier was heavily secured and used for the storage and export of weapons. The fire spread quickly, and at 2:08 A.M., a tremendous explosion ripped through the pier. More than 2 million lbs. of ammunition and 100,000 lbs. of dynamite ignited.
The blast was felt as far away as Philadelphia and shattered windows across New York City and northern New Jersey. Debris from the explosion was flung for miles and famously damaged the Statue of Liberty. Most estimates claim that the Black Tom explosion caused nearly half a billion dollars of property damage in today's money. 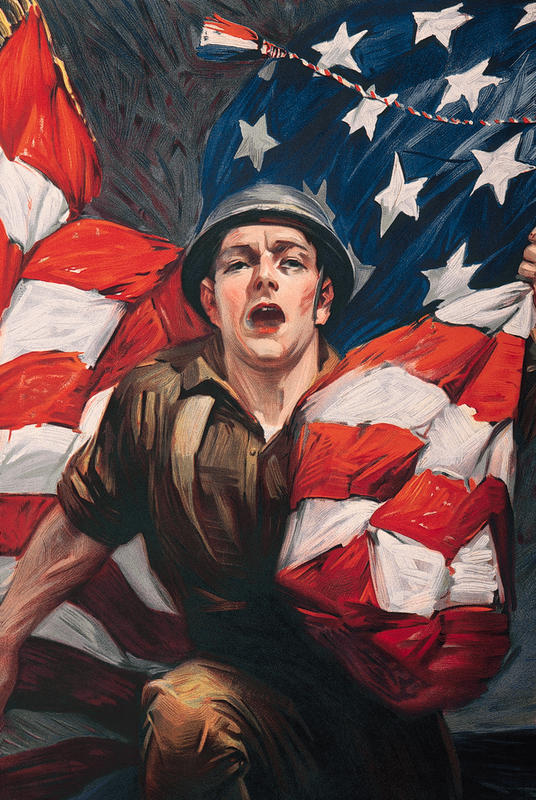 Initially, it was believed that the explosion was an accident, but the investigation later revealed that it was a sophisticated act of German sabotage. Within a year, America finally got fed up with Germany and formally entered World War I.
Posted by free heip at 05:05