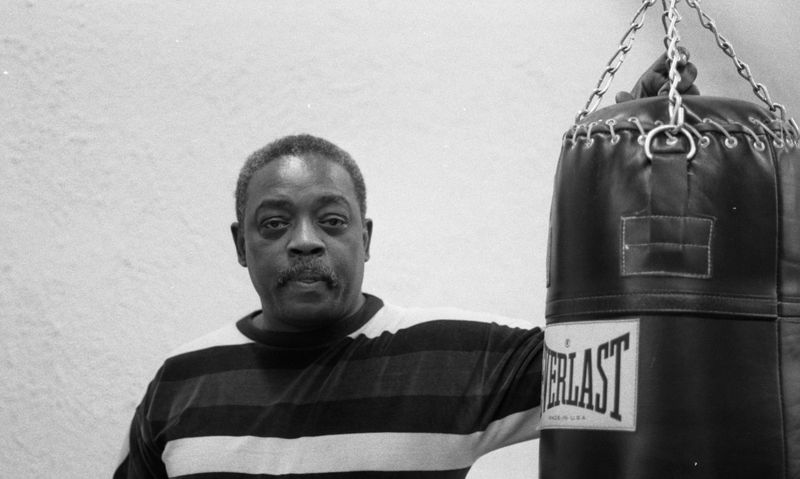 Glenn, 89, was hospitalized in mid-April and never recovered, according to boxing promoter and close friend Lou DiBella.

The South Carolina native opened his W. 44th St. bar, Jimmy’s Corner, in 1971 and covered its walls with hundreds of photos of fighters he’d met over the years, some of whom would stop in for a drink. The closing scene from the Robert DeNiro boxing classic “Raging Bull” was filmed in Jimmy’s Corner. A still from the film hangs over the bar’s cash register. A photo of Ali also looks over the room.

A former boxer himself, Glenn claimed he once had the pleasure of being defeated by heavyweight champion Floyd Patterson as an amateur.

Glenn recalled his bout with Patterson in a 2005 interview with the boxing publication The Sweet Science. "Knocked me down a few times, broke my tooth. But I went the distance,” he said.

The former pugilist later worked as a cornerman for Patterson as well as fighters Bobby Cassidy, Ralph Correa, Terrance AlIi and Mark McPherson. He would train, fix cuts and manage dozens of other fighters throughout his long career.

According to Ring magazine, Glenn operated a boxing gym in Times Square where Muhammad Ali trained.

DiBella told the Daily News Thursday that he’d be hard pressed to name anyone in the sport of in New York City whose loss could mean more to him.

“I don’t care that he’s in his 80s, he still had so much more living to do,” said DiBella, who has promoted boxing greats including former champions Jermain Taylor, Bernard Hopkins and Paulie Malignaggi.

He said he heard about Glenn’s death from the local legend’s son, who could not be reached for comment. Glenn’s wife died roughly five years ago.

“Jimmy was a giant,” DiBella said. “Not because of the bar or his legend in boxing, it was his big heart.”

Despite the coronavirus lockdown, brutal economy and Glenn’s death, DiBella said there is “no way” Jimmy’s Corner stays closed.

“I feel almost the way I did after I lost my own father,” DiBella said.

Former police officer and New Jersey Boxing Hall of Fame president Bob Duffy recalls Glenn not only as a good friend of several decades, but also as the Hall of Fame’s first inductee in 2012.

“What a sweetheart of a man,” Duffy said. “An icon in the sport.”