Audie Murphy: From The Most Decorated WWII Soldier To Movie Star 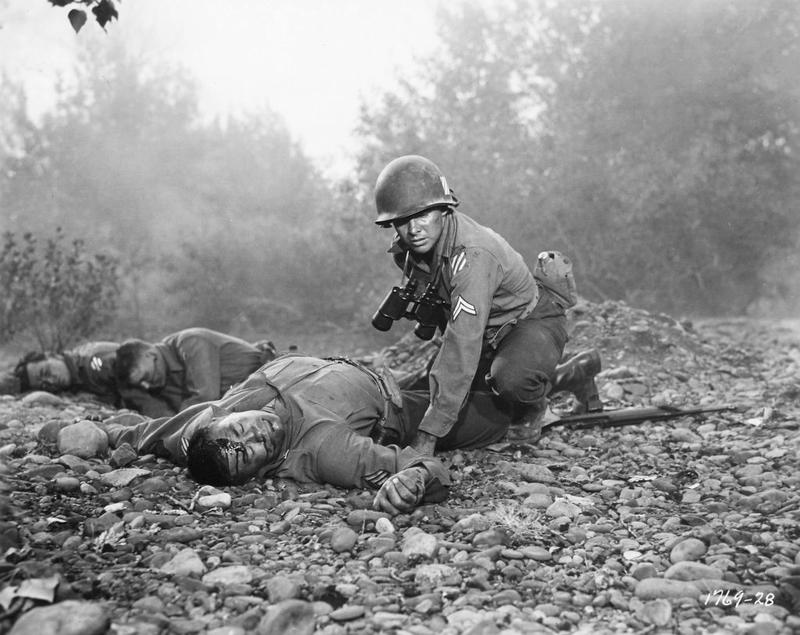 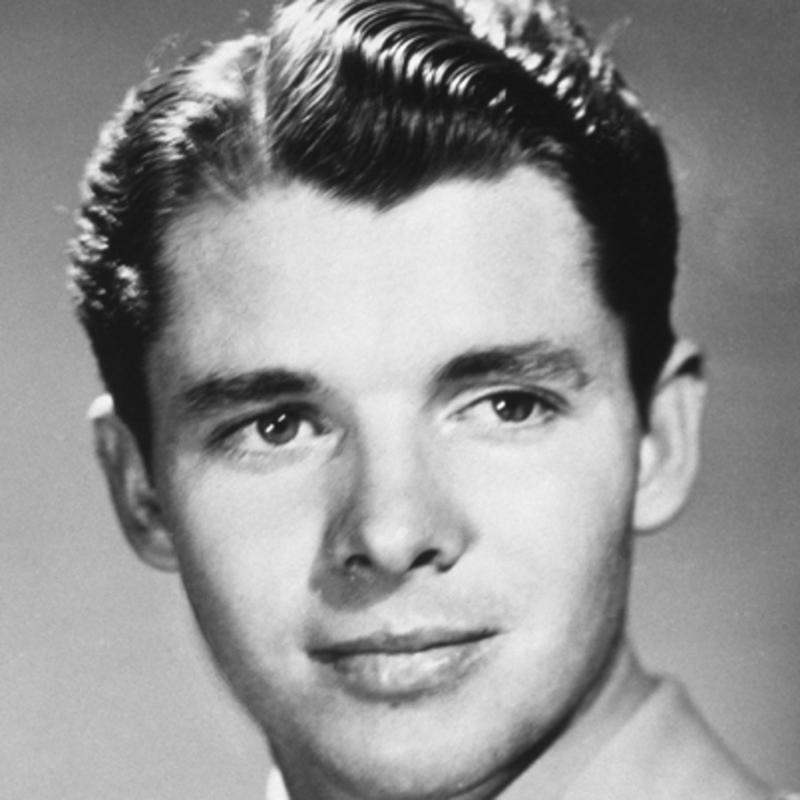 Audie Murphy was one of 12 kids. Source: (biography.com)

Audie Murphy was born in Texas on June 20, 1925, the seventh of Emmett and Josie Murphy's 12 children. Murphy's parents were Irish sharecroppers perpetually living on the brink of starvation, and Emmett Murphy drifted in and out of the family for years before finally abandoning them altogether. Audie Murphy left school in fifth grade to work as a day laborer on a nearby farm, and the money he earned—plus the game animals he shot with his rifle—kept the family fed. He was just 16 years old in 1941 when his mother died and the state sent his younger siblings to an orphanage, Murphy went to work for a radio repair shop, and it was there that he heard about the Japanese attack on Pearl Harbor. 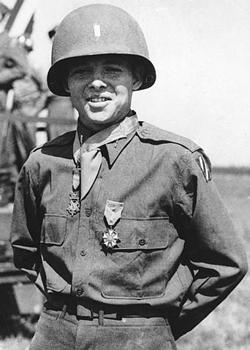 Murphy during his service in Europe. Source: (arlingtoncemetary.net)


Enlisting in the Military

Following the attack on Pearl Harbor, Audie Murphy did some soul searching. Still reeling from the death of his mother, the young Murphy decided he would honor her by serving his country. The only problem was that he was still just 16. His older sister helped Murphy falsify his age so he could join the military, but that was only his first roadblock to joining the military. The Navy, Marine Corps, and Army all turned him away because he was underweight. Murphy persisted, however, and he was eventually allowed into the Army in June 1942, just a few days after his 17th birthday. He was sent to Camp Wolters and Fort Meade for training, where he excelled at marksmanship. 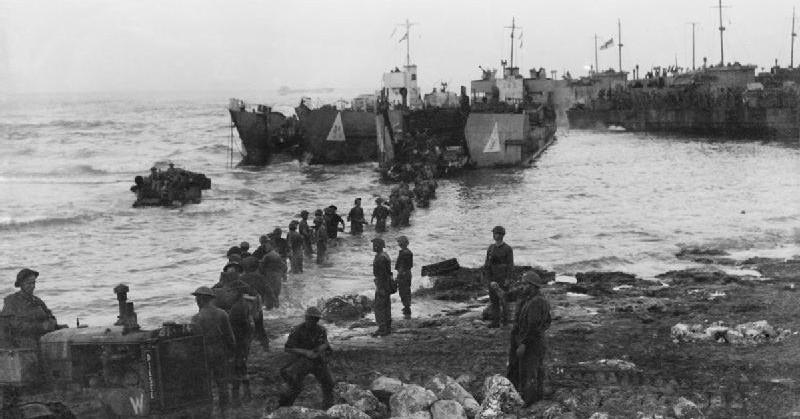 Audie Murphy's first orders were to ship out to Casablanca in North Africa as a member of Company B, 1st Battalion, training for the Allied assault on Sicily. As he participated in more and more campaigns, his bravery stood out. He quickly rose through the ranks, and almost as quickly, he added enemy soldiers to his kill list. Between it all, he was hospitalized at least twice for malaria, but each time, he returned to his duties with his unit. 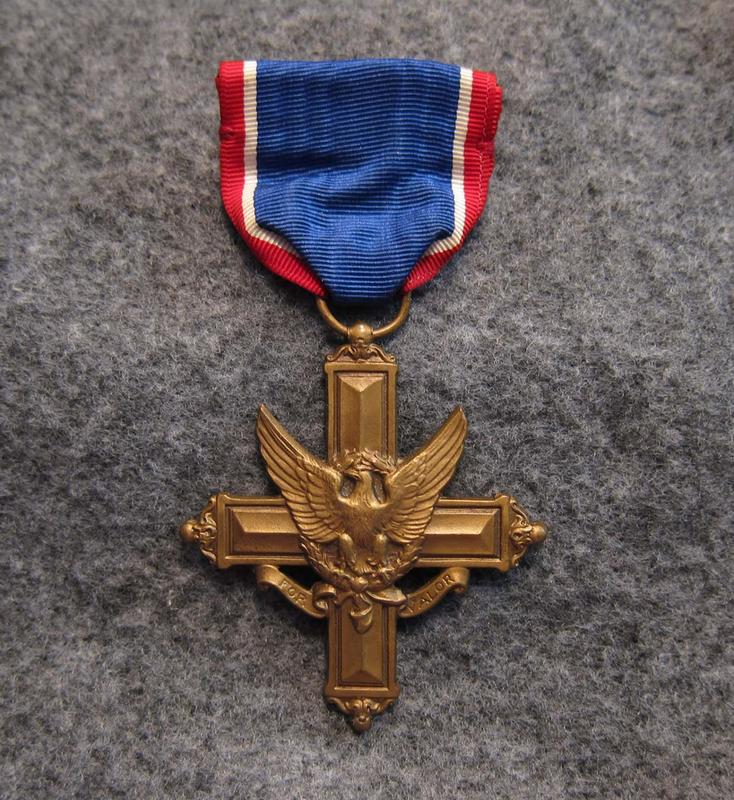 Murphy earned the Distinguished Service Cross, just one of many awards for his bravery during World War II. Source: (warrelics.eu)

For his efforts in North Africa and Sicily, Audie Murphy earned the Combat Infantryman Badge, the Bronze Star, and the Bronze Oak Leaf Cluster. For his bravery in the Allied invasion of southern France, Murphy was presented with the Distinguished Service Cross. After a friend of Murphy's was killed in a German ambush in Ramatuelle, Murphy grabbed a machine gun and advanced on the enemy soldiers alone, singlehandedly killing six and taking the rest prisoner. 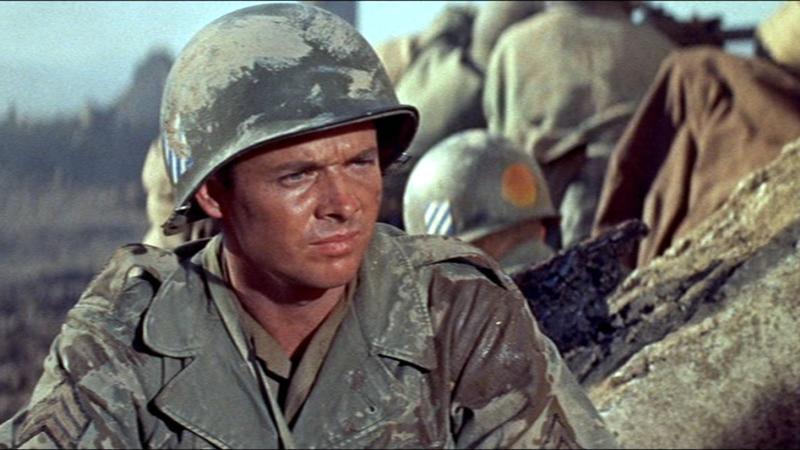 Audie Murphy recreated his war experience in To Hell and Back. Source: (specialoperations.com)

As the war dragged on, Audie Murphy continued to display tremendous acts of heroism and rack up honor after honor. He earned three Purple Hearts for wounds he suffered in combat. During one engagement, the unit's tank was struck by German artillery, engulfing it in flames. Murphy ordered his men to seek shelter in the nearby woods while he stayed at his post, engaging the Germans. He climbed aboard the burning tank, and for an hour, he drove it around the area, firing the tank's machine gun at the Germans and killing more than 50 of them. A bullet in his leg didn't stop him from fighting that day. His bravery earned him a Medal of Honor to add to his collection of medals. 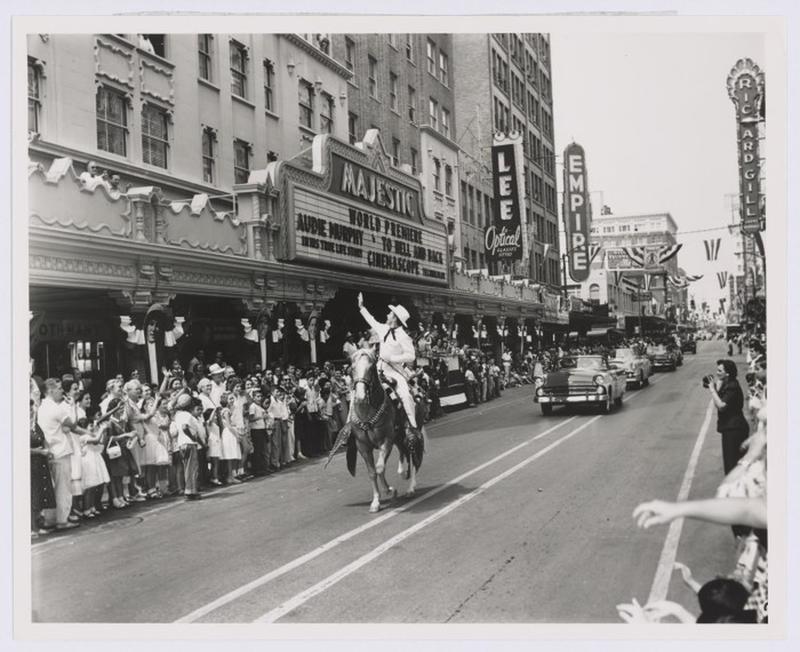 Audie Murphy riding his horse in a parade. Source: (texashistory.unt.edu)


The Most Decorated U.S. Soldier of World War II

By the time World War II ended, Audie Murphy had earned every single U.S. military combat award the military had to offer, including the Medal of Honor and Legion of Merit awards. He had killed 240 enemy soldiers and collected 33 medals. He was just 21 years old. In recognition of his keen military mind, Murphy was offered the opportunity to enroll at West Point Academy, but he turned it down. He was certain his fifth-grade education was not sufficient for him to keep up with the rigorous academics of West Point. 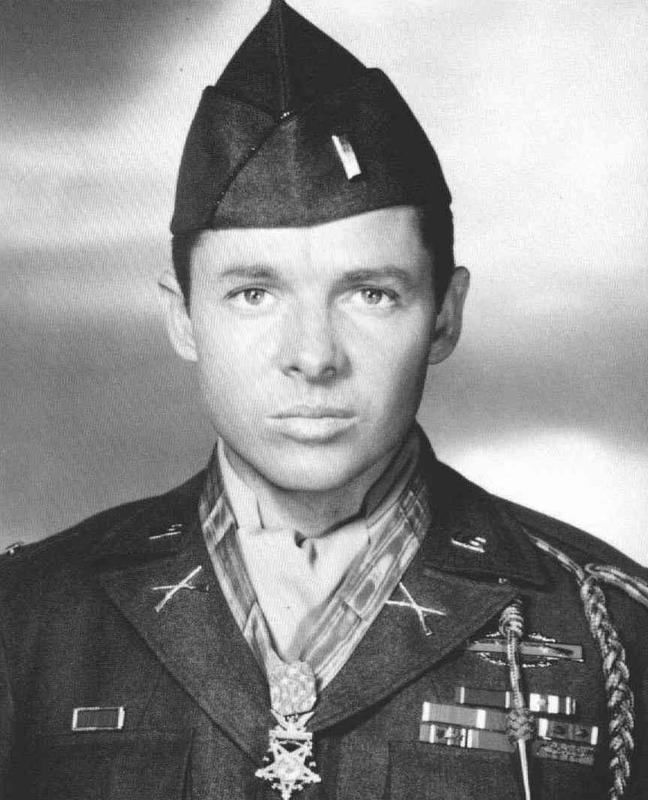 
Home from the War

Audie Murphy returned home as a war hero in June 1945. He was reassigned to Fort Sam Houston in his native Texas and given a 30-day leave to recover, but Murphy didn't rest during this time. As the most decorated U.S. soldier of the war, Murphy was invited to participate in parades, festivities, and banquets around the country. In September, Murphy was discharged from the army under a 50% disability classification. 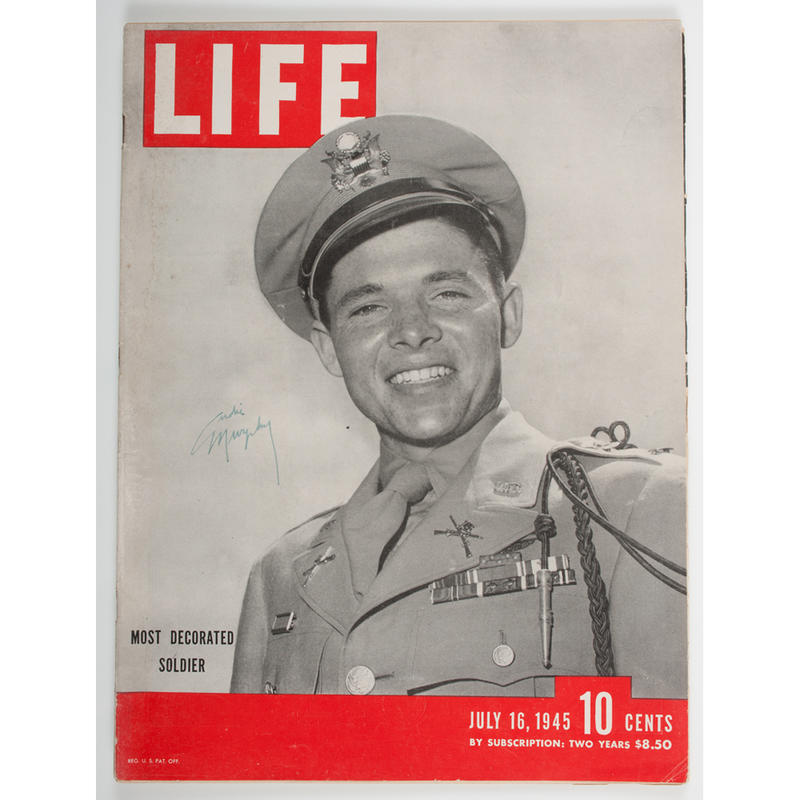 LIFE Magazine honored Audie Murphy and his heroic deeds with a cover story in the July 16, 1945 issue of the publication. His ruggedly handsome but youthful face caught the attention of eligible young ladies across the country as well as one very special man. After actor James Cagney saw the magazine cover, he invited the war hero to come to California for a screen test. Murphy took him up on the opportunity, and although he was not an overnight sensation, Murphy eventually found a successful second career on the big screen. 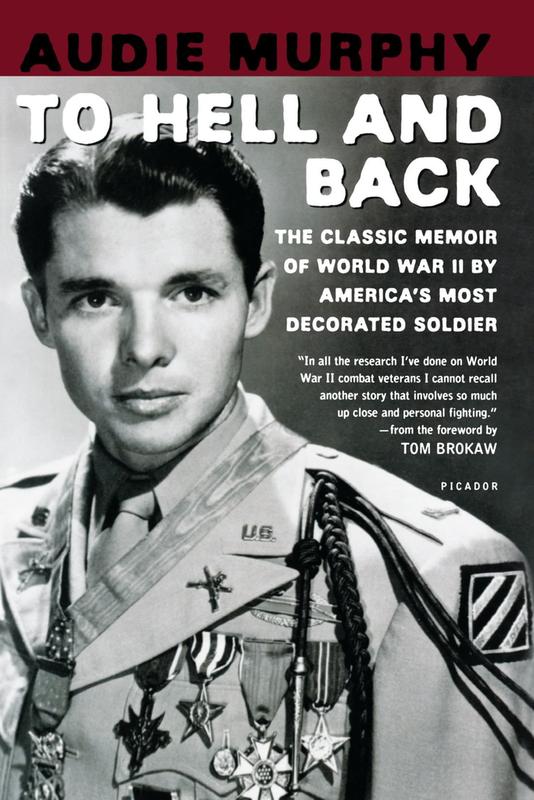 Murphy penned his autobiography, To Hell and Back. Source: (amazon.com)


To Hell and Back

While working as a struggling actor, Audie Murphy also proved his skills as a writer, penning an autobiography about his military experiences called To Hell and Back in 1949. As his book became a bestseller, Murphy started landing bit roles in Hollywood movies. 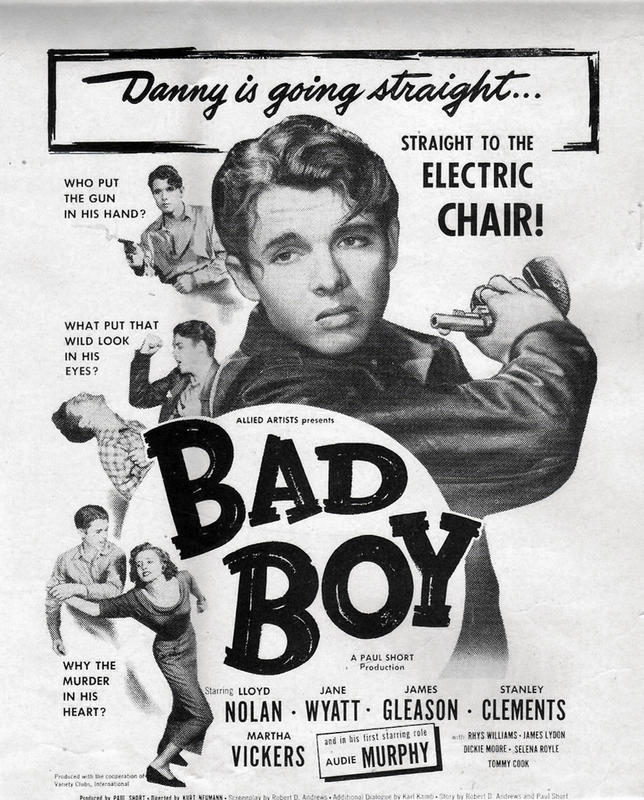 Audie Murphy's first starring role in a Hollywood film came in Bad Boy in 1949. After that, he signed a seven-year contract with Universal Studios and appeared in a string of films: The Kid From Texas, Kansas Raiders, The Red Badge of Courage, The Unforgiven, The Duel at Silver Creek, and many more. His acting career lasted until 1969 and included 40 films as well as several TV appearances. 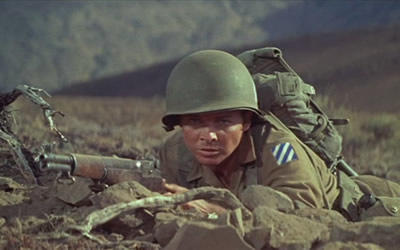 Murphy in a scene from To Hell and Back. Source: (themoviescene.co.uk)


Telling His Own Story

As his acting career grew, so did the popularity of his autobiography, but Audie Murphy was still coming to grips with his actions during the war and the horrors that he saw. Today, we know that he suffered from post-traumatic stress disorder. This is one of the reasons why Murphy hesitated to star in the 1955 film adaptation of To Hell and Back, which was directed by Jesse Hibbs. Murphy eventually agreed to star as himself in the movie, and To Hell and Back became the biggest hit to date for Universal Studios.

Murphy's extraordinary life came to an end when he was killed in a plane crash. Source: (IMDb.com)

Audie Murphy continued to make films throughout the 1960s, donating his spare time to various veteran causes. He married twice and had two sons. A true Texan, Murphy loved horses and bred quarter horses at his California ranch. Audie Murphy was killed on May 28, 1971, when the private plane he was in crashed in heavy fog just outside Roanoke, Virginia, but his memory lives on in the halls of military history and in the pictures.
Posted by free heip at 08:06