Che Guevara: The Revolutionary Activist With A Long, Misunderstood History 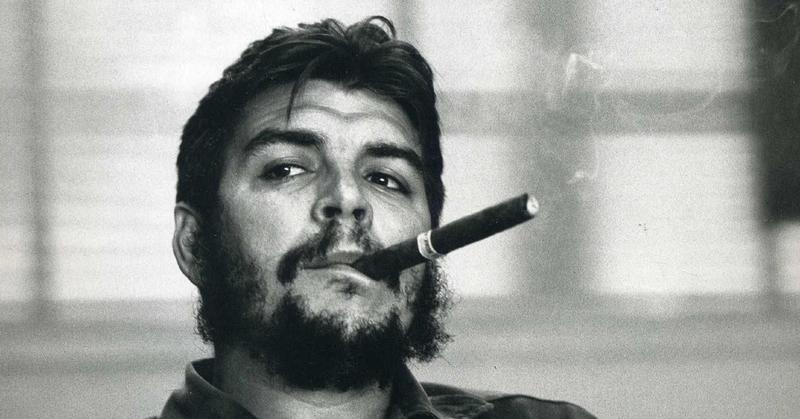 Most Americans know Che Guevara, the Argentine revolutionary, from the image that's been emblazoned on millions of t-shirts and posters on dorm room walls, but he's so much more than a stoic, mysterious face. The lack of historians hanging around revolutionary Cuba has resulted in a lot of apocryphal stories about Guevara, so it's hard to separate the man from the myth, but what we do know makes it
Born Ernesto Guevara on June 14, 1928 in Rosario, Argentina, Guevara was one of five children in a middle-class family who rubbed elbows with survivors of the Spanish Civil War. As a young man, he threw himself into the literary works of philosophers like Nietzsche and Freud and caught a persistent case of wanderlust from Jack London, the latter inspiring him to blow off med school at the University of Buenos Aires to take the first of two lengthy motorcycle journeys throughout South America in 1950.
This first trip took him through rural Argentina, while his second trek one year later turned into a nine-year journey through South America that culminated with a few weeks of volunteer work at the San Pablo leper colony in Peru. Both put Guevara in touch with a poverty he never knew existed, inspiring him to abandon medicine and dive into the Marxist revolution. 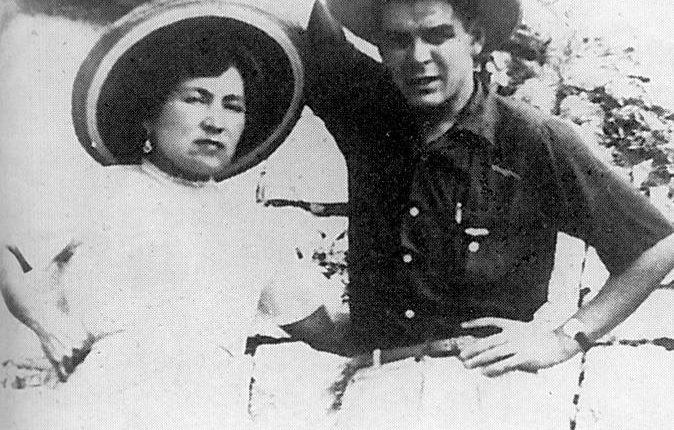 In December 1953, Guevara traveled to Guatemala with the intent of shutting down the United Fruit Company, a U.S. corporation that used Latin American land to grow produce for North America. At the time, Guatemala was trying to peacefully reform the latifundia system that allowed the United Fruit Company to hold massive quantities of land while locals had nothing. While Guevara was in the country, however, the U.S. military showed up to drop propaganda against the Guatemalan government as well as a few bombs in support of a group of Guatemalan refugees who were tasked with overthrowing the current government.
Guevara offered his services as a medic during the disaster, but what he really wanted to do was fight back. He found himself dissatisfied with the inaction of the government, and after a new Guatemalan regime was installed, Guevara was no longer welcome in the country anyway. He escaped to Argentina, where he stayed for a few weeks before traveling to Mexico. Even though he didn't directly fight the military coup, he became radicalized by the sight of the U.S. government's forceful support of the fruit company. 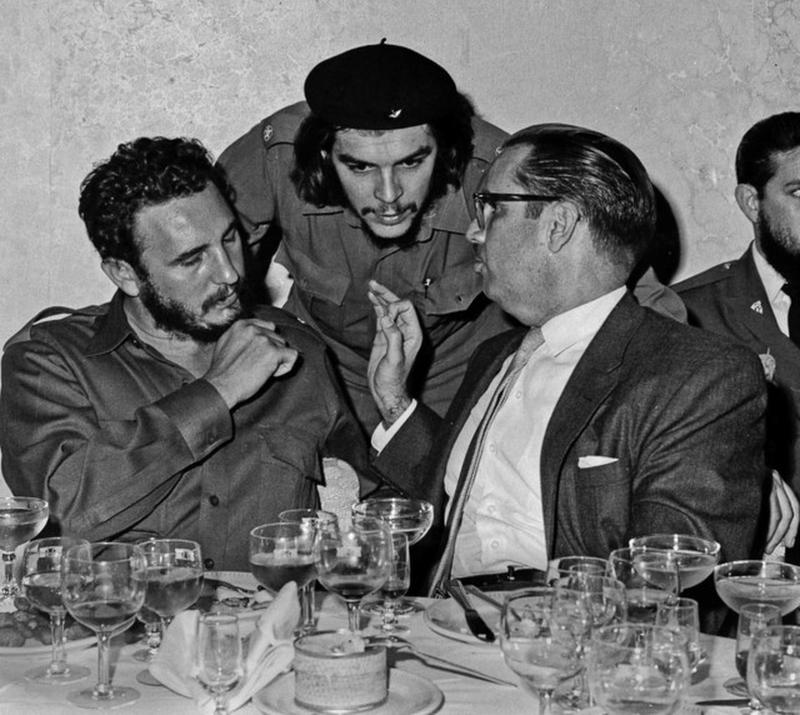 After arriving in Mexico in fall 1954, Guevara quickly established himself as a humanitarian among the locals, taking dual jobs at the General Hospital and the Hospital Infantil de Mexico while reconnecting with a group of Cuban exiles whom he met in Guatemala. The next year, he was introduced to Fidel Castro, who was in the middle of planning the 26th of July Movement, a plan to overthrow Cuban president Fulgencio Batista. Guevara found himself in agreement with Castro's ideology and quickly inserted himself into the coup, offering his services as a field medic and learning the art of the ambush in the mountains of Mexico. In his journal, Guevara says of his first meeting with Castro:

I talked all night with Fidel. And in the morning, I had become the doctor of his new expedition. To tell the truth, after my experiences across Latin America, I didn't need much more to enlist for a revolution against a tyrant. But I was particularly impressed with Fidel. I shared his optimism. We needed to act, to struggle, to materialize our beliefs. Stop whining and fight. 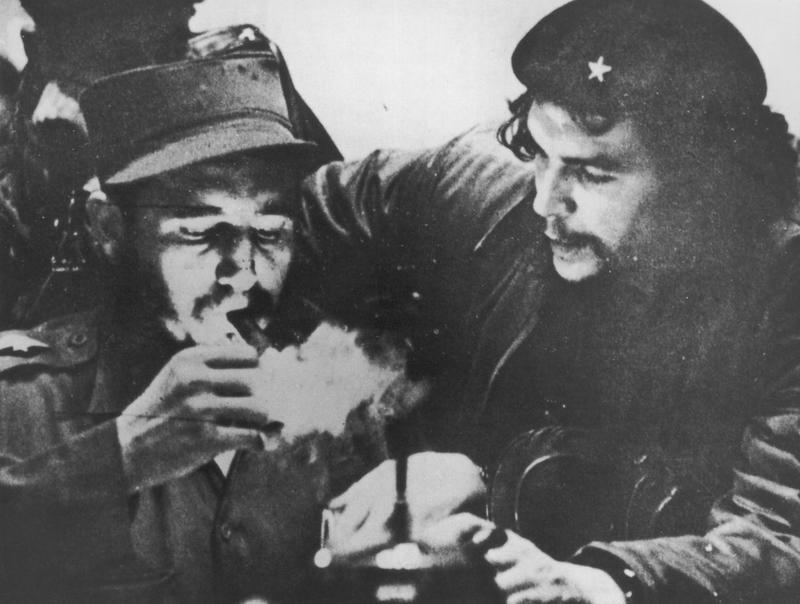 When Castro and his group of rebels moved towards Cuba in 1956, Guevara was named military advisor to the future dictator and went on to lead his own guerrilla troops in the coup against Batista. Early on in the struggle, Guevara holed up in the Sierra Maestra mountains, where he helped residents of the surrounding villages learn to read, built ovens to bake bread, and even built a small factory (whose sole purpose was manufacturing grenades).
During the Cuban revolution, Guevara gained a reputation for his harsh sentiments towards deserters, allegedly personally executing those who wished to leave the coup or were believed to be spies. Still, Guevara was seen by his men less as a tyrant than a kind of mythical figure who threw himself into danger with no regards for his own well-being. Castro felt that Guevara was foolhardy in battle, but the men who fought under Guevara admired his ability to leave everything on the battlefield. Joel Iglesias, one of Guevara's soldiers, later explained the kinds of tactics Guevara used that earned his men's (and his enemies') respect:

Che ran out to me, defying the bullets, threw me over his shoulder, and got me out of there. The guards didn't dare fire at him ... Later, they told me he made a great impression on them when they saw him run out with his pistol stuck in his belt, ignoring the danger. They didn't dare shoot. 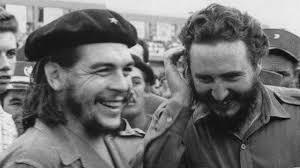 After Castro's coup took down the Batista regime, the next challenge they faced was constructing a new government while doing away with survivors of the Batista regime, who were now seen as war criminals. Guevara was made commander of La Cabaña Fortress, and over the course of five months, he conducted a series of trials modeled after those in Nuremberg following World War II.
It's unclear how many Cubans were in favor of mass executions. Footage exists of Castro asking the Cuban people if they wanted to do away with members of the Batista regime to a resounding "¡Si!" Castro and Guevara were both savvy with media, however, so this could be propaganda. Whatever the case, no one is sure how many dissidents Guevara put to death during his five-month run as the head of La Cabaña. Some have counted 55, while others say it was as many as 105. 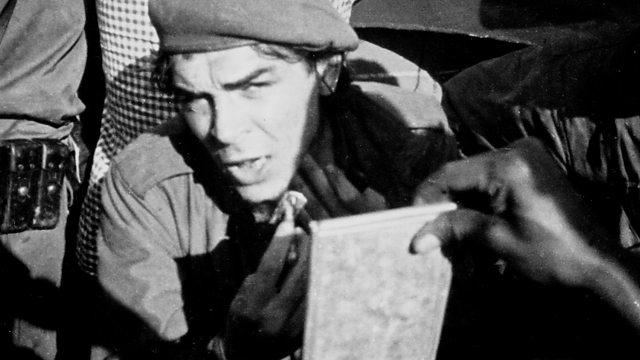 By 1965, Guevara felt he'd done all he could in Cuba. He had operated in a series of different positions under Castro, traveled through Europe and China to learn more about Marxism, and attempted to jump-start Cuba's higher education system to little success. He found himself aligned with China's Communist sentiments, something that didn't jibe with the Soviet Union, who told Castro they weren't cool with Guevara being his right-hand man. Rather than create a rift in the Cuban government, Guevara left the country forever, renouncing his citizenship and resigning from all positions in the Cuban government.
Next, Guevara traveled to the Congo to support the Marxist Simba movement. Under the alias Ramón Benítez, he planned to teach local anti-Mobutu Simba fighters Marxist theory and guerrilla warfare, but that didn't go as planned after he contracted dysentery. After seven months in Africa, Guevara left the continent and bounced between Prague and Spain while working on his memoirs.
After a meeting with former Argentine president Juan Perón, Guevara decided to start a communist revolution throughout South and Central America, starting with Bolivia. Perón claimed that he warned Guevara against the idea, but the revolutionary couldn't be shaken from something once he put his mind to it. 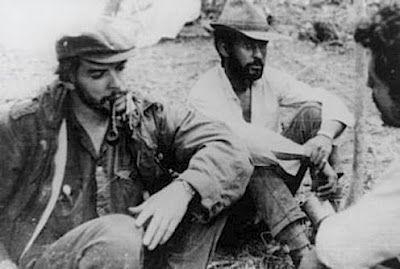 Guevara arrived in Bolivia at the tail end of 1966 with a shaved head and no beard. He didn't want to attract any attention from the local government until he was ready for a conflict. He put together a guerrilla force, and with only about 50 men on his side, he managed to take down so many Bolivian troops that the Bolivian government assumed Guevara's army was much larger.
It was a strong start, but in 1967, Guevara's plan to lead a communist revolution in the region came crashing down. No one traveled to the country to bolster his forces, and locals sided with the government. There's much speculation surrounding Guevara's capture by the Bolivian government, but it's believed that the CIA orchestrated a scenario in which Guevara was backed into a ravine by 1,800 soldiers. He finally surrendered on October 7, 1967.
Two days later, Bolivian President René Barrientos ordered that Guevara be killed rather than transported to Panama by the United States government. His executioners were ordered to shoot him in such a way that his wounds would be consistent with a cover story that he'd died in a firefight two days earlier, so he was shot nine times at point blank range in the legs, arms, and heart. Allegedly, his final words were "Shoot, coward! You are only going to kill a man."