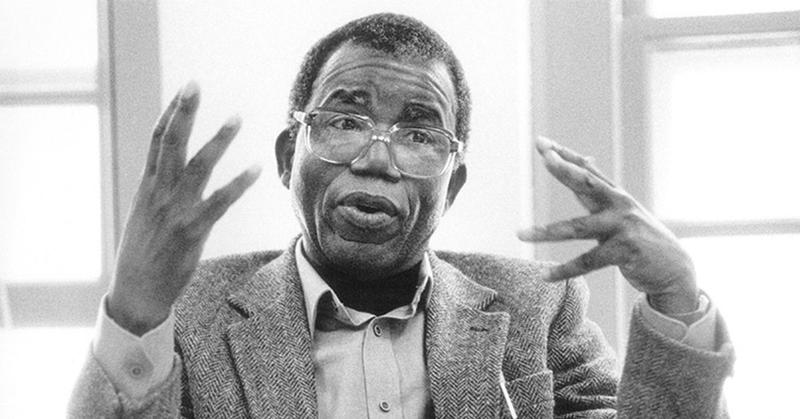 Prior to the 20th century, almost every English novel about Africa was written from the perspective of a white person. Because of that, Africans were presented as primitive, impacting the English-speaking world's perceptions of a whole continent full of people with a wide variety of cultures. When Chinua Achebe wrote Things Fall Apart in 1958, he not only wrote the first widely released English novel from African perspective, he demolished the idea that its people were some kind of alien species who lacked the complexity of their white counterparts. Following its release, Things Fall Apart quickly rose to its status as one of the greatest novels ever written.

He Discovered (And Detested) European Literature In College

Born on November 16, 1930, Chinua Achebe grew up in the Nigerian town of Ogidi among the Igbo people. At the time, Achebe was surrounded by Protestant missionaries and family members who had converted to Christianity. He was called "Albert" for much of his young life, but he was drawn towards the Igbo culture, specifically their long-cultivated tradition of storytelling.
Achebe attended primary school at a Christian institution before moving on to University College in Ibadan, Nigeria in 1948. Initially, he wanted to study medicine, but after he was exposed to European literature in the school's library, he couldn't shake his disgust at the way African characters were written. They were painted as either savages or goodhearted simpletons, never as nuanced as white European characters. Following this discovery, Achebe changed his major to English and theology and began writing short stories about his early life in Ogidi. 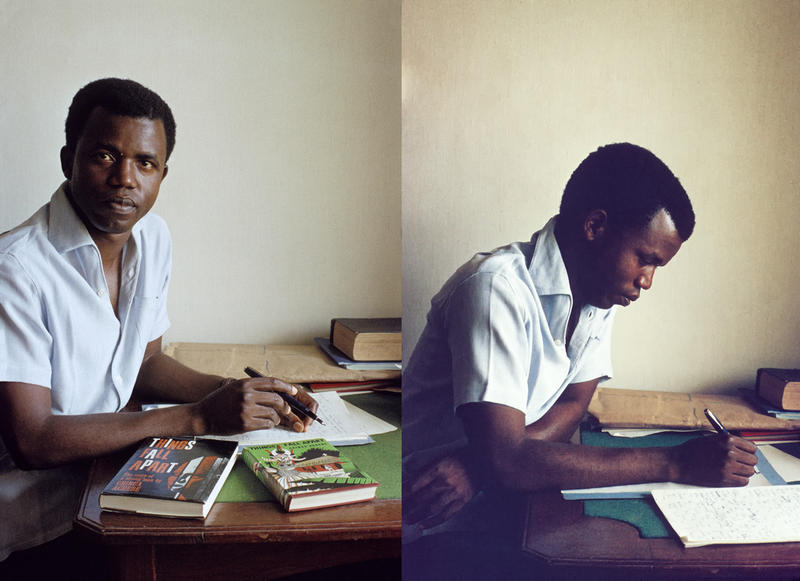 
From Teacher To Media To Fiction

After taking a job at the Merchants of Light school at Oba, an institution that was coming apart at the seams, Achebe was determined to raise his students' literacy rate and enhance their literary education. He printed copies of newspapers for them and brought in any book he could get to supplement the poor selection at the school library.
Four months after taking the job, however, he moved on to the Talks Department of the Nigerian Broadcasting Service. It was in this position that Achebe came to understand the subtle differences between the written language of English and the printed version, using this new information to begin his first novel. At the time, few African writers had produced work in English, so he ventured into the unknown territory of what an African-English novel should look and sound like. 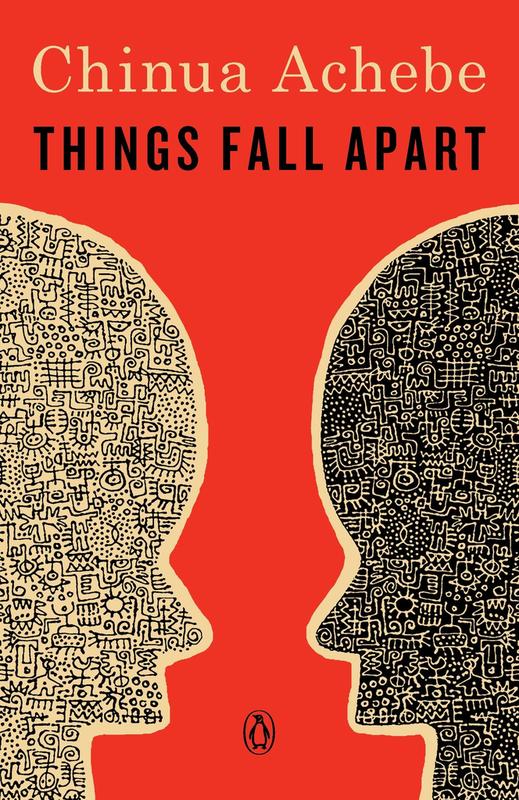 The resulting novel, Things Fall Apart, was published on June 17, 1958. Inspired by stories of pre-colonial Africa, Things Fall Apart tells the story of Okonkwo, a Nigerian wrestling champion who laments the changes brought to his clan, the Umuofia, by Christian missionaries. Okonkwo rages against the erasure of his people's history and way of life, but despite his pleas and eventual violent rebellion, he's powerless to make any meaningful change.
It's a grim social parable in the tradition of already classic novels like 1984 and The Stranger, but Things Fall Apart also displays a side of Africa that was completely ignored by white authors throughout recorded history until the book's release. Achebe's African characters are far more complex than the happy jungle guides and fierce warriors of old, and his subject matter—the colonial destruction of African culture—had been previously unacknowledged by white authors. 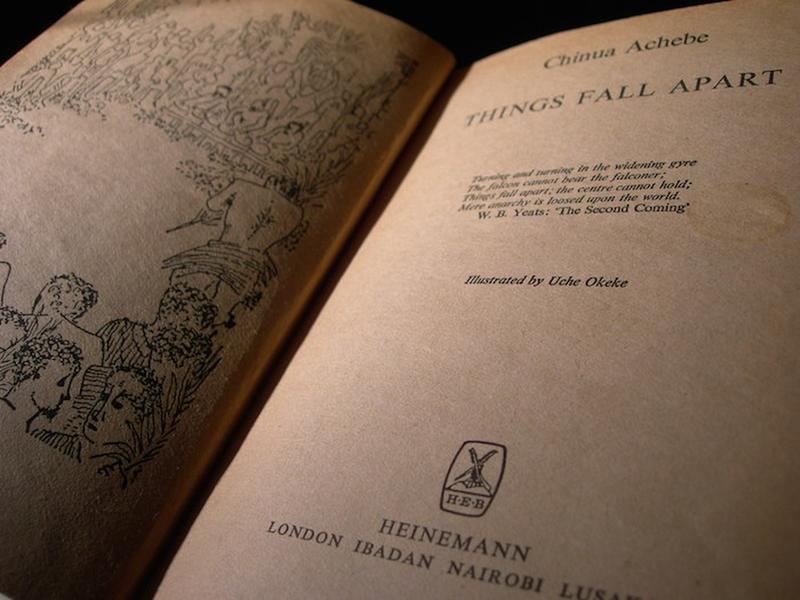 At the time of Things Fall Apart's release, literary critics mostly fell into two camps regarding the novel, both of which had some strange (if not downright racist) interpretations of Achebe's work. A review in The New York Times bemoaned the loss of "primitive culture," while British journalist Honor Tracy genuinely wondered if Achebe would "like to go back to the mindless times of his grandfather instead of holding the modern job he has in broadcasting in Lagos?" 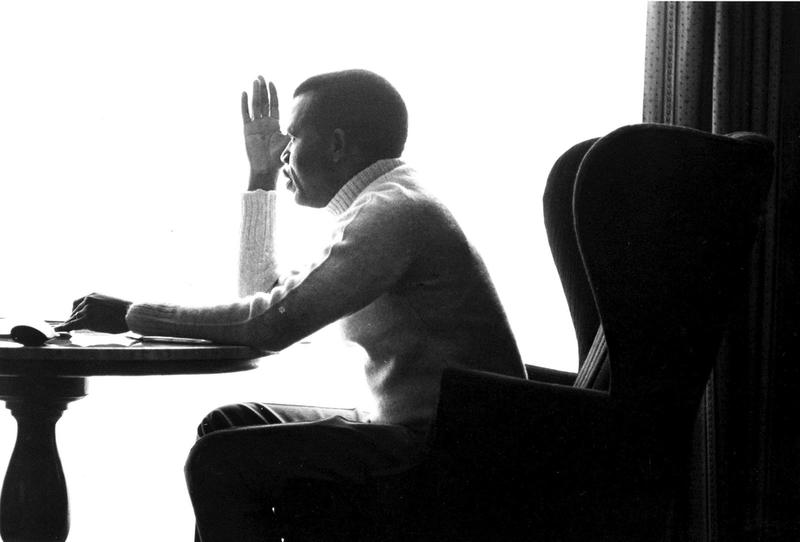 Following the release of Things Fall Apart, Achebe was hounded by questions about why he wrote in English rather than the Igbo language. In 1994, several decades after its publication, he explained to The Paris Review:

The novel form seems to go with the English language. There is a problem with the Igbo language. It suffers from a very serious inheritance which it received at the beginning of this century from the Anglican mission. They sent out a missionary by the name of Dennis. Archdeacon Dennis. He was a scholar. He had this notion that the Igbo language—which had very many different dialects—should somehow manufacture a uniform dialect that would be used in writing to avoid all these different dialects. Because the missionaries were powerful, what they wanted to do, they did. This became the law. But the standard version cannot sing. There's nothing you can do with it to make it sing. It's heavy. It's wooden. It doesn't go anywhere. 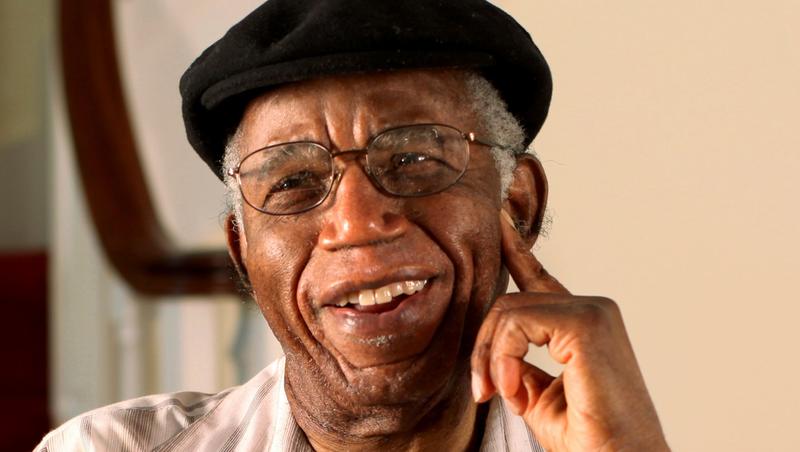 
Achebe Won't Sell Out, Even For Fiddy

Things Fall Apart managed to do something few other "classic" novels have pulled off: become popular with both English teachers and mainstream audiences. The novel has been adapted for the radio, stage, big screen, and as a mini-series several times over. 50 Cent reportedly loved the novel so much that he tried to buy the rights to the title alone for $1 million for a 2011 film that he wrote and starred in, but Achebe's lawyers shot the offer down. "The novel with the said title was initially produced in 1958 (that is 17 years before [he] was born)," they told the rapper. "It is listed as the most-read book in modern African literature and won't be sold for even £1 billion."
Posted by free heip at 05:42