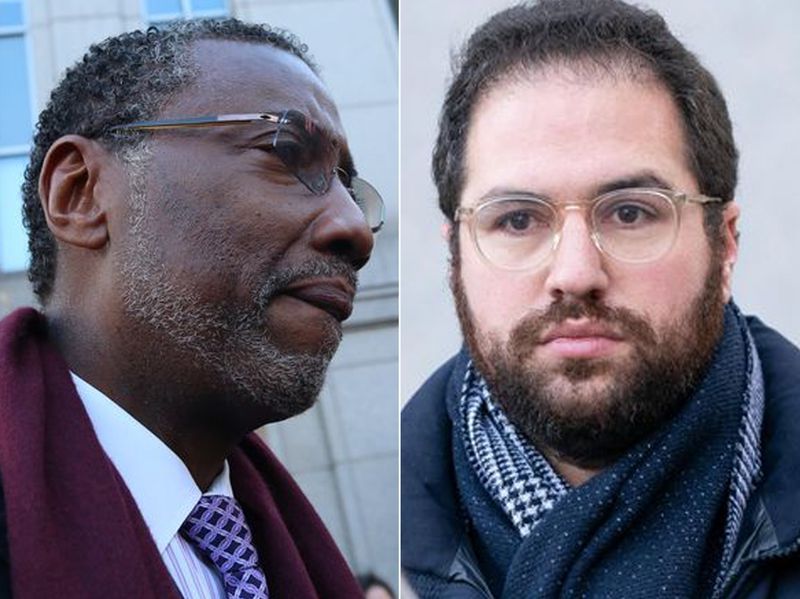 
A judge has rejected a bid by former jails union boss Norman Seabrook for a new trial, ruling that new legal trouble surrounding the government’s star witness did not impact the case.
Seabrook, the former head of the Correction Officers’ Benevolent Association, had argued that Mayor de Blasio donor Jona Rechnitz lied on the stand during his trial in 2018. Seabrook cited a flurry of civil lawsuits filed in recent months in Los Angeles alleging that Rechnitz never abandoned a life of crime and was now scamming diamond dealers.
Judge Alvin Hellerstein wrote in his 14-page order on Tuesday that the FBI in Los Angeles was indeed eyeing Rechnitz.
“As confirmed by the government’s sealed representations, the FBI in Los Angeles in conjunction with the U.S. Attorney’s Office for the Central District of California opened an investigation of Rechnitz pertaining to several possibly fraudulent business transactions undertaken by Rechnitz and his associates in the Los Angeles area,” Hellerstein wrote.

But Hellerstein wrote that the allegations involving Rechnitz’s new career as a jeweler to the stars involve conduct well after the Seabrook bribery trial.

Rechnitz has denied wrongdoing in his diamond business and vowed he’s a changed man. Manhattan federal prosecutors say he’s one of the best cooperating witnesses they’ve ever had. Rechnitz testified about buying access to City Hall, bribing high-ranking NYPD cops and giving Seabrook $60,000 in a Ferragamo bag. In exchange, Seabrook invested $20 million of union money in a doomed hedge fund, Platinum Partners.

Rechnitz is appealing a sentence of 10 months, half of which he can serve in home confinement. Seabrook has not served any of his nearly five-year sentence while he pursues an appeal.