How To Become A Modern-Day Knight: The History Of The Order Of The British Empire 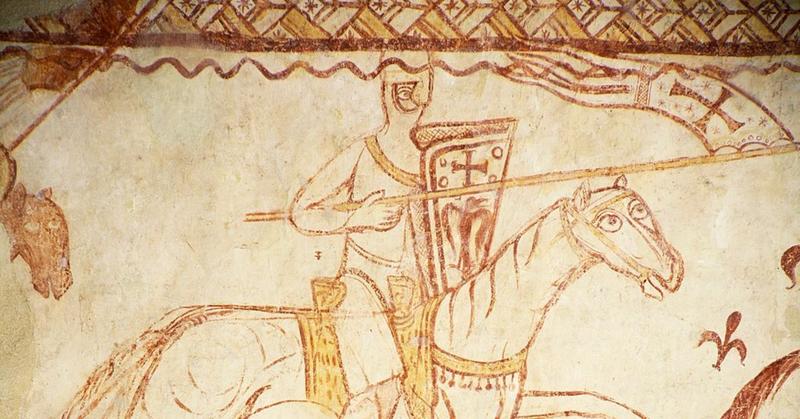 Knight from the late 12th century. (Photo by DeAgostini/Getty Images)
We may think of knights as those medieval guys with the suits of armor who rode around looking for the Holy Grail or whatever, but that style of knighthood went out with the Plague. However, did you know that knights still exist? And that several well-known celebrities—such as Rod Stewart, Elton John, and Ringo Starr—have been knighted by the Queen? Wanna join their ranks? Read on, friend. 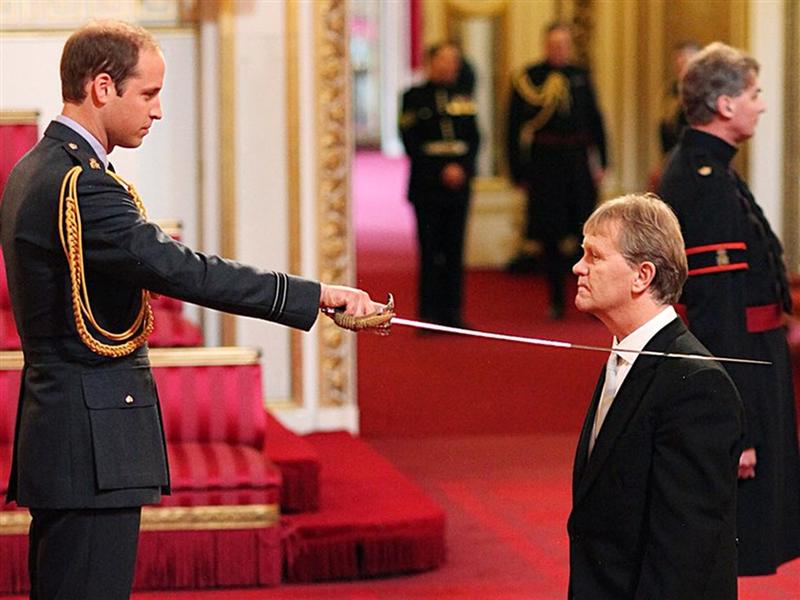 Sorry, ladies: Only men can become knights. Don't give up hope just yet, though! How would you like to be a dame? According to classic Hollywood noir films, you already are one, but it's actually the other-gendered equivalent to a knight. Just as some famous men have been granted the honor of adding "Sir" to their names, many famous women—Angela Lansbury, Julie Andrews, Helen Mirren, Judi Dench, Maggie Smith, and Elizabeth Taylor, just to name a few—have earned the title of "Dame" by receiving the Order of the British Empire. 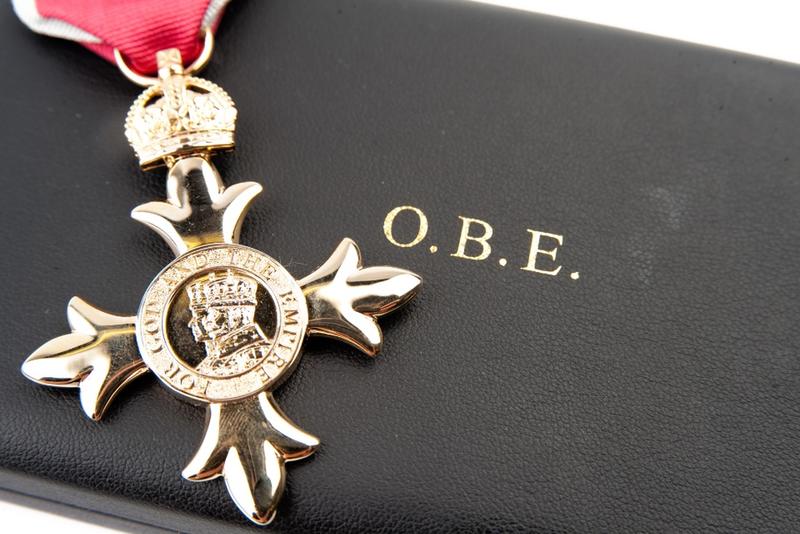 The medal awarded to those who have been knighted. (thegazette.co.uk)


The Order Of The British Empire

Modern knights are members of the British order that is officially called The Most Excellent Order of the British Empire. This particular order was established in 1917 to honor the achievements of people in the arts and sciences as well as military members and civilians who have provided extraordinary service to the government. In other words, these aren't the Crusades kind of knights. If you were hoping to see Mick Jagger prancing around on a pony in defense of Her Majesty, you will be sorely disappointed. 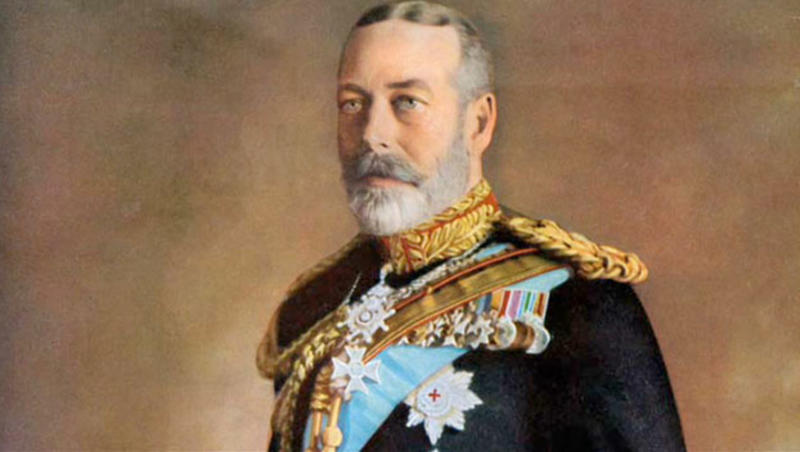 
All The King's Men

King George V created the OBE to honor the many people who had aided Britain during World War I, either in combat or non-combat roles. Before ol' Fivey stepped in, there was no way to chivalrously recognize the contributions of commoners. However, it soon became clear that not all knights were created equal, so he split the order into (appropriately) five different levels shortly after its founding. These levels are: The Order of the Garter, Thistle, and St. Patrick, which is bestowed on royals, prominent military leaders, statesmen, and their peers; The Order of the Bath, senior military officials and civil servants; The Order of St. Michael and St. George, diplomats and colonial officials; The Order of the State of India, Indian rulers and honored members of the British Indian Empire; and The Royal Victorian Order, basically anyone else the royal family takes a shine to. 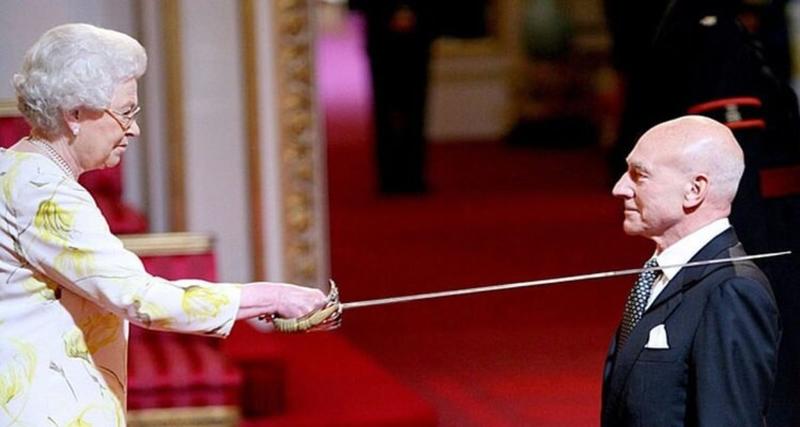 
How To Become A Knight

To become a modern-day knight, you don't have to learn to joust or sing the Camelot soundtrack. You really just have to do something to contribute to the betterment of life for the British people. It's not quite as simple as introducing them to the pleasures of deep-fried Oreos, though: You have to make a major difference in your field, engage in long-term volunteerism, elevate the overall reputation of Britain, and display outstanding moral courage. Your overall body of work will be inspected, and you will need to be recommended for the award by someone other than your mom. You also need to be British, so that rules out almost everyone. It's a high standard, but plenty of people have passed the test and had the honor of being knighted by Queen Elizabeth II. 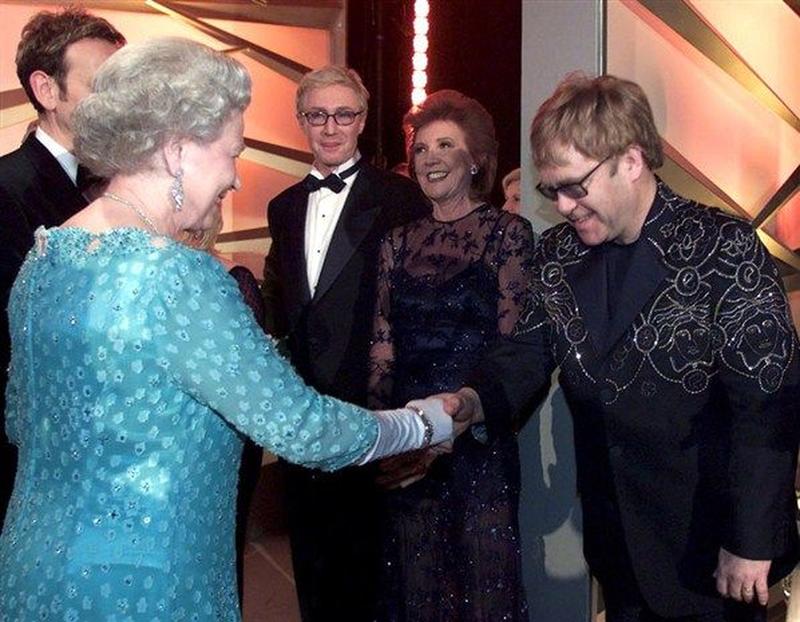 
They Who Would Be Knight 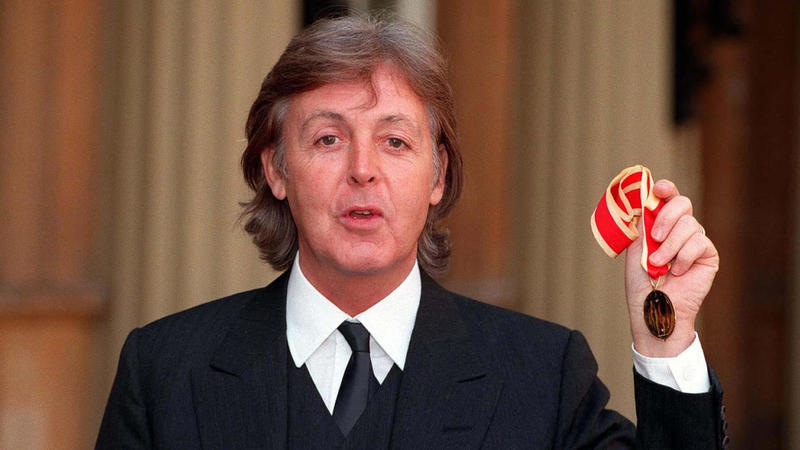 Two out of four Beatles have been knighted. (history.com)

So what privileges are bestowed on modern-day knights? Honestly, it's not as lucrative as it was in medieval times, when knights were well paid and quite wealthy. Today's knights get to use the title, add a special symbol to their coat of arms to indicate their membership in the Order, and ... that's pretty much it. Any other privileges they might get from being a fancy-pants friend of the Queen, they were probably already getting.
Posted by free heip at 06:13