How The U.S. Police Service Was Founded As A Slave Hunting Organization 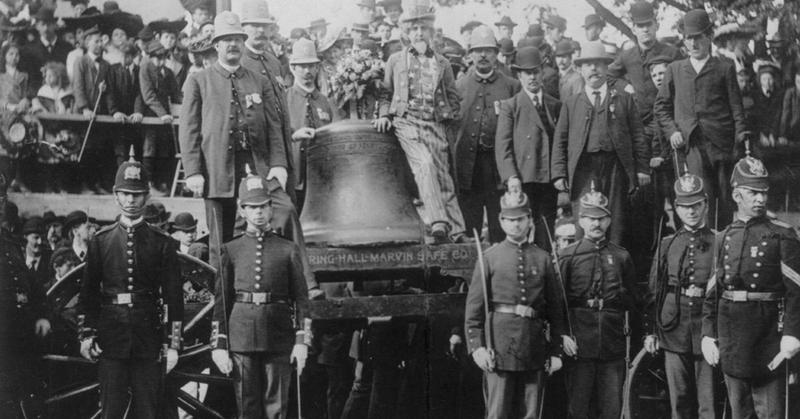 (Getty Images)
It may seem like police have been around since the first caveman stole a rock from another, but they've actually only been patrolling since just before the Civil War. At the time, the police weren’t "the police" but a loose configuration of white men who worked as slave hunters for wealthy land owners. It took major reforms in the 19th century to turn these ragged groups of semi-vigilantes into the police force that we know today.

Colonial-era communities had a variety of methods for policing themselves. In many instances, private groups were paid to act as a kind of protective force, but in other towns, unpaid volunteers stood sentry during the evening. These volunteers weren’t ace crime-stoppers by any means: They were known for falling asleep on their shifts, drinking on the job, or just ignoring their duties altogether. Many "volunteers" were put on the job because they were in trouble with the law and avoiding jail time. 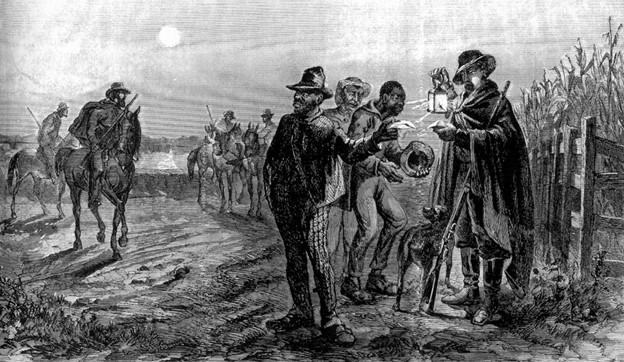 As cities grew into urban sprawls in the 19th century, it became clear that volunteer nightwatchman groups weren't going to cut it. In Boston, a group of private protectors were put together to watch over the commercial shipping center before the merchants convinced the public to pay for the cost of the police in the name of the "collective good."
In the South, a similar protective force came into being around the same time to effectively do the same thing. In this case, however, the "merchandise" they were keeping an eye on was people. The first recorded version of this kind of police force was documented in 1704 in the Carolina colonies. These slave patrols weren't concerned with keeping law and order in the colonies so much as making sure that wealthy landowners maintained control over the people that they considered property. Policies backing up slave patrols were enacted across the colonies of the North and South, making slaves into fugitives across America and empowering slave patrols to do as they pleased as long as they were protecting the interests of wealthy slave owners. If a runaway slave was caught by a patrol, they were captured and punished however the men saw fit. 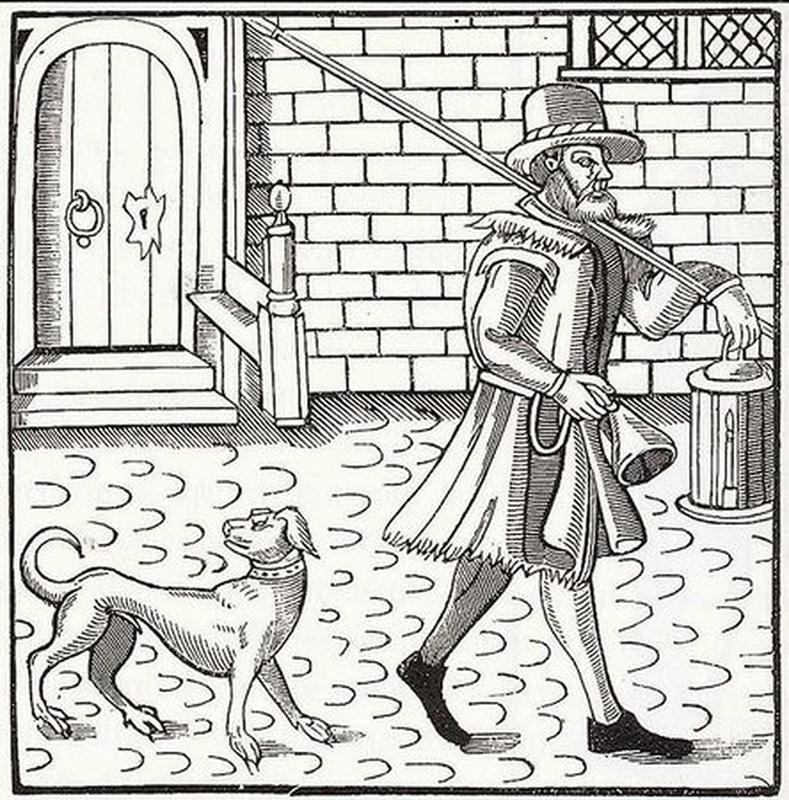 Following the Civil War, slave patrols turned into something that's closer to what we know as the current police force. Major cities attempted to go back to the nightwatchman era of policing, but they'd become too metropolitan to be simply watched over by a few volunteers and needed an actual force. Centralized municipal police departments popped up across major cities up and down the coast.
Made up mostly of white men, these groups were known for policing what they saw as people getting out of control rather than investigating criminal activity. The CMPs focused their attentions on former slaves and freemen, immigrants, and the poor, who they viewed as a "dangerous underclass." In the 18th century, there weren't many standards for hiring members of this early version of the police force as long as new hires played the game. 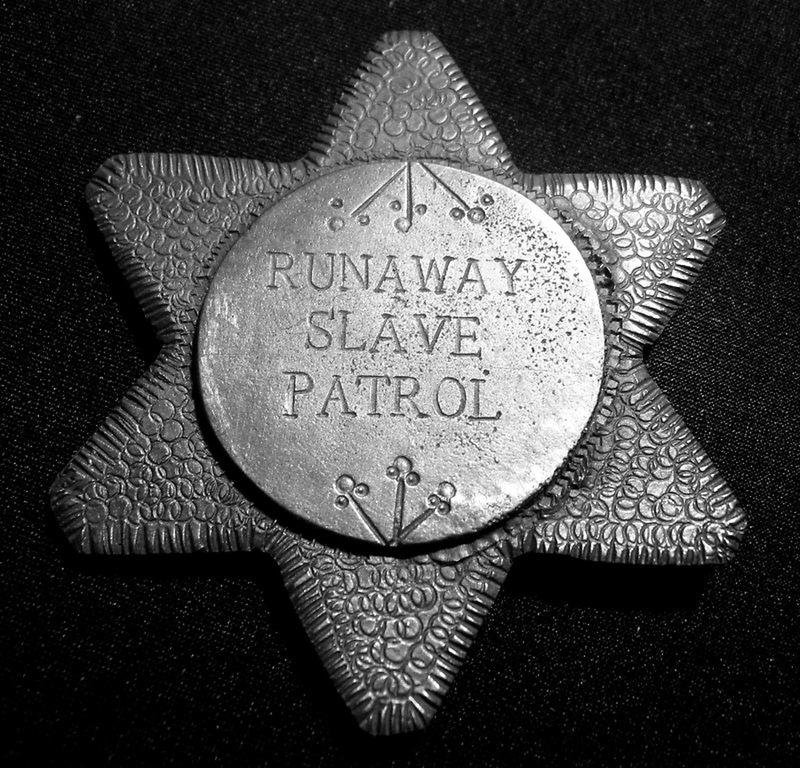 Today, the police use badges as a means of identification, but this simple form of ID actually dates back to the 1800s, when slaves needed to provide proof that they could move freely though the city. Badges identifying them as "servants" were sewn into their clothing to expedite the process.
Similarly, members of the slave patrol wore badges denoting their place in the local political structure. Slave patrol badges gave the wearer the freedom and authority to go pretty much wherever and do whatever they wanted as long as they were on the trail of an escaped slave. Similar to the way the police use probable cause today, they could enter any home that they pleased if they suspected the occupant of hiding an escapee. Through these state-sanctioned slave-hunting groups, violence against the black community under the guise of law and order was legitimized. 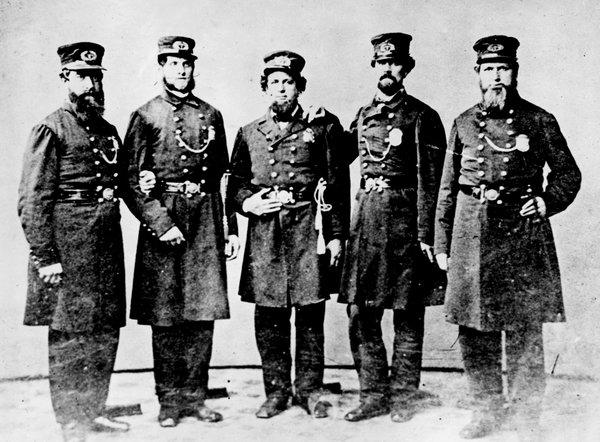 After a couple hundred years of policing without a centralized command, the force as we know it today was formed, complete with precincts and a hierarchy that established lifelong cops. Initially, police captains were picked by local political leaders, and their precincts were used to bully enemy political groups or candidates. During Prohibition, if a politician decided it was in their interest to keep the booze flowing, the officers in their district would look the other way or accept payoffs.
When police precincts were reformed by President Hoover to reduce this kind of corruption, the police became more of a professional group, although they also became less transparent as an organization. In just a few generations, the police force mutated from slave hunters to a group that hasn't become as modernized as we like to think.
Posted by free heip at 08:50