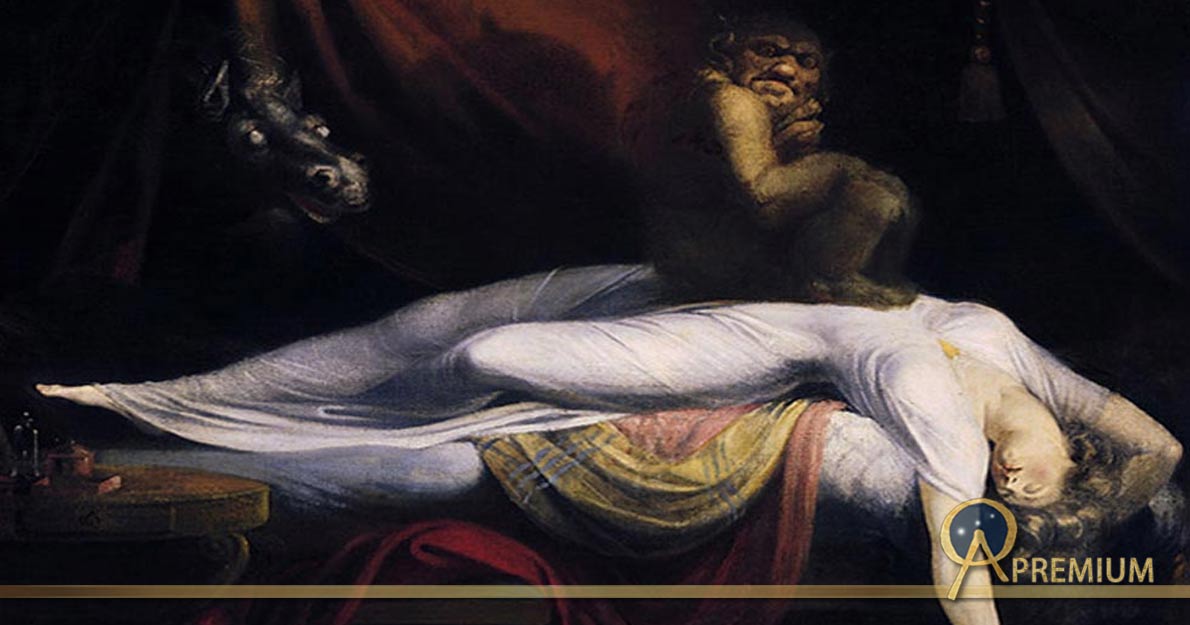 Imagine you suddenly awake at night. You feel a sense of panic when you realize that you cannot move. The fear increases when you sense another presence in the room with you. You gasp for breath, but feel the being getting closer and closer. As your chest tightens you struggle to move and try desperately to cry out for help. But there is nothing you can do, the terrifying creature begins to crush you…
Known by many names around the world and over time, diverse cultures have spoken of vampire-like demons that feed off of human energy and attack their victims at night. Two of the popular names in English for such entities are Incubus and Succubus (plural Incubi and Succubi) – demons which attack their victims by pressing down on them, often while sexually assaulting them as well.

Incubus is said to be the male form of the demon and is believed to assault women. The name of this demon comes from late Latin “Incubo” meaning “nightmare” which has its origins in the Latin word ‘incubare’, to “lie on”. This description is well-suited to what the Incubus does to his victims – he lies upon (or “crushes”) them. They are supposedly very hard to send away once they have chosen a victim. 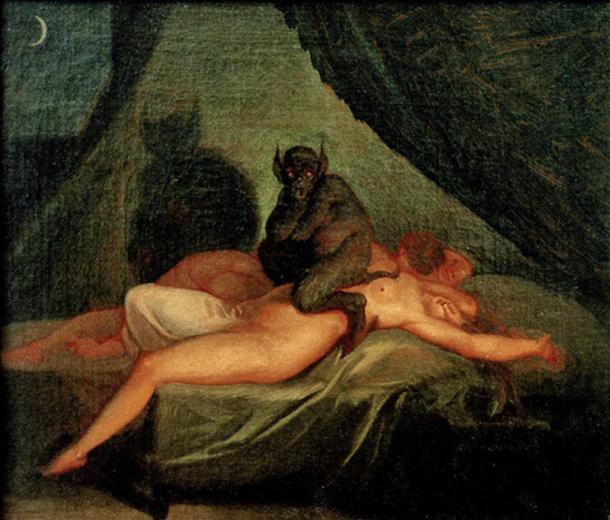 Nightmare (1800) by Nicolai Abraham Abildgaard. ( Public Domain )
These demons supposedly can shapeshift, so their appearance differs, although they are often said to look human-like. It has been said the Incubi may be especially physically attractive for their victims. Some say that the demons do not have a real corporeal form but assume the appearance of a human via reanimation of corpses, the use of human flesh, or supernatural abilities that permit the demons to take on the shape of men who may be considered attractive and/or known to their victims.
Incubi have been written of in many texts and were especially popular in Europe during the Middle Ages. Unsurprisingly, these demons (and sometimes their victims) were also associated with witchcraft. The Church proposed that the demons were fallen angels who were consumed by an insatiable lust for human women. With that in mind, some sources suggest that Incubi prefer to prey on strongly religious women such as nuns. Medieval folklore said that there were nine times as many Incubi as their female counterparts the Succubi. 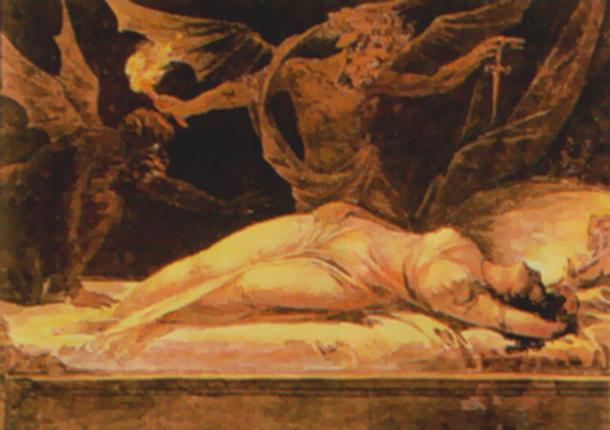 Succubus (from “spirit bride” or “lie under”) is the female form of an Incubus demon. Accounts of these demons appear in ancient Akkadian, Sumerian, and Greek texts. The princess of the demons is called Nahemah.
Succubi have often been described as exceptionally beautiful women, but sometimes with bat or other flying animal wings on their backs. As with the Incubi, the Succubi attack their victims at night and allegedly prefer religiously-minded victims as well. The Succubi seek out sleeping men and are said to drain them of their blood, breath, life-energy and semen – even until the point that the victim could die.
Some resources say that a Succubus doesn’t even need to be physically present in the man’s room to attack. They suggest that Succubi can simply enter into men’s dreams and absorb their vital energies that way. Normally, these dreams are also of an erotic nature and lead the men to experience deep sleep paralysis.
Some legends say that Succubi and Incubi are two forms of the same demon.