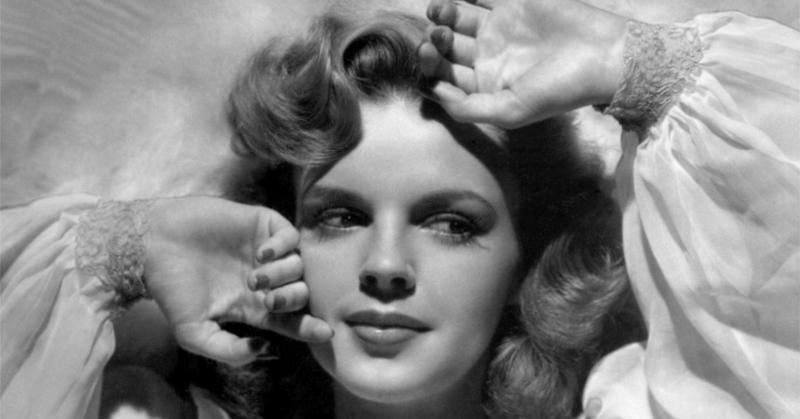 A publicity photo of Judy Garland from 1943. (Clarence Sinclair Bull/Wikimedia Commons)
On June 10, 1922, in a white framed house on the outskirts of Grand Rapids, Michigan, a little girl named Frances Ethel Gumm was born to vaudeville actors Ethel and Frank Gumm. However, her parents weren't smiling when little Frances came into the world, as they were suffering great financial hardship and could hardly afford to feed the two kids they already had. Ironically, it was this child who would bring them the fame and fortune (or secondhand exposure to it, at least) that had always eluded them.

The Making Of Judy Garland

At only six years old, Frances was put to work performing in a musical troupe alongside her two sisters, aptly named the Gumm Sisters. Although she was only a very little girl, her mother forced her to perform to the point of exhaustion, and when her small body gave out, Ethel Gumm reportedly gave her amphetamine pills to get her through the day. This began an insidious cycle of amphetamine and sedative abuse that would unfortunately make for a very tragic life.
While performing onstage in Los Angeles, Frances was spotted by Metro-Goldwyn-Mayer (MGM) Studios talent scouts and brought in to meet co-founder Louis B. Mayer the very next day. Back in the "studio system" era of Hollywood, actors didn't bounce around from movie to movie but instead signed highly demanding and highly competitive contracts to one of the major studios. After hearing her sing, Mayer was so impressed that he offered her a seven-year contract, and just like that, 13-year-old Frances Gumm became Judy Garland, soon-to-be international superstar. 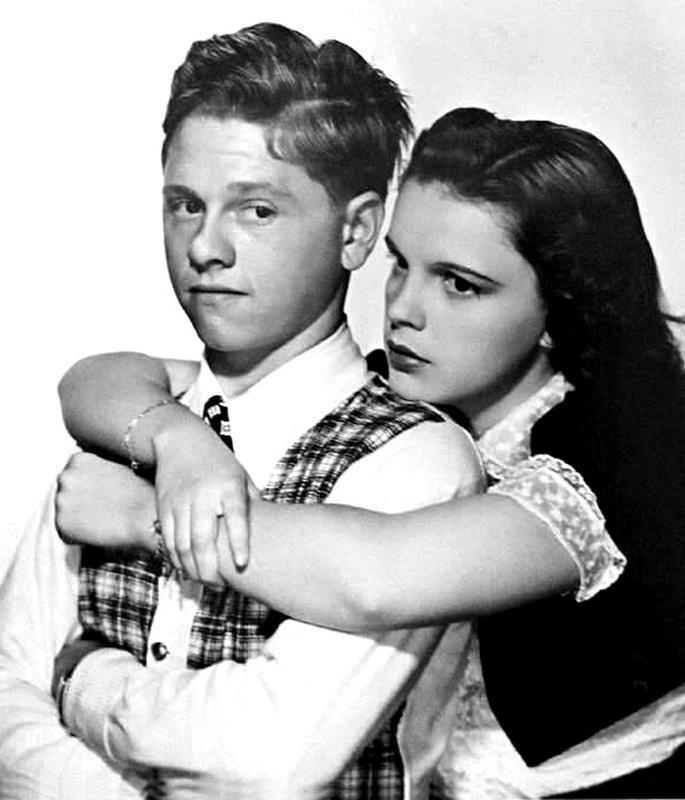 
A Cycle Of Drug Abuse

As with too many child actors, it was out of the frying pan and into the fire, as the studio's demands on her body were even more severe than her mother's. The studio treated her as a workhorse, allowing her to do her schoolwork only in the mornings so that afternoons and nights could be dedicated to filming movies back to back. Like her mother, the studio also gave her and fellow teen co-star Mickey Rooney amphetamines.
"They'd give us pills to keep us on our feet long after we were exhausted," she was quoted in her biography by Paul Donnelly, "then they'd take us to the studio hospital and knock us out with sleeping pills ... then after four hours, they'd wake us up and give us the pep pills again so we could work 72 hours in a row. Half of the time, we were hanging from the ceiling, but it was a way of life for us."
She completed the filming of eight movies in her first two years with the studios, despite being labeled the "ugly duckling" of the MGM stable, which usually employed great beauties like Elizabeth Taylor and Hedy Lamarr. Not that the studio didn't do everything they could to "fix" that, from altering her teeth to changing her nose shape with rubber disks and even subjecting her to starvation-level diets. Regardless of what she asked to eat in the studio cafeteria, MGM would serve her only chicken soup and supplement her poor nutrition with coffee, cigarettes, and diet pills so that her tiny 4'11 frame would look lean on camera. It only exacerbated the effects of the other drugs she was taking, and she was already addicted to this cocktail of uppers and downers by the time she landed her big break in 1939's technicolor masterpiece The Wizard Of Oz. 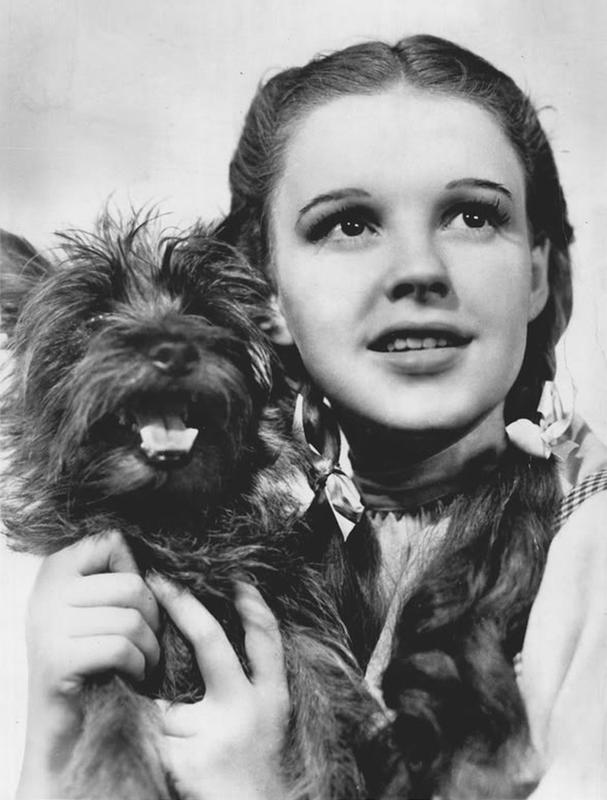 
Off To See The Wizard

Regarded by film critics as one of the greatest movies ever made and a family classic by modern audiences, it may be surprising to learn that The Wizard Of Oz was actually not a major success upon its release. In fact, the film didn't turn a profit for MGM until 10 years later, when it was re-released in 1949. While the character of Dorothy Gale is undoubtedly Judy Garland's most iconic role, she was actually the studio's third choice after Shirley Temple and Deanna Durbin. Luckily, scheduling issues won Garland the role, and her beautiful rendition of "Over the Rainbow" has been deservedly celebrated for decades.
But Garland was far from a one-hit wonder, going on to make such iconic films for MGM as Meet Me In St. Louis and The Harvey Girls. Her public image as a sweet girl-next-door type, which the studio was desperate to maintain, was somewhat tainted by her many rocky and very public romances, but it was the very drug addiction they induced that eventually resulted in her departure from MGM. By the late '40s, her increasingly erratic behavior was so out of hand that she often left the sets of her movies without warning or never showed up at all, so in 1950, MGM decided to end their professional relationship with the star. She was only 28 years old and attempted suicide for the second time in her life after her dismissal. 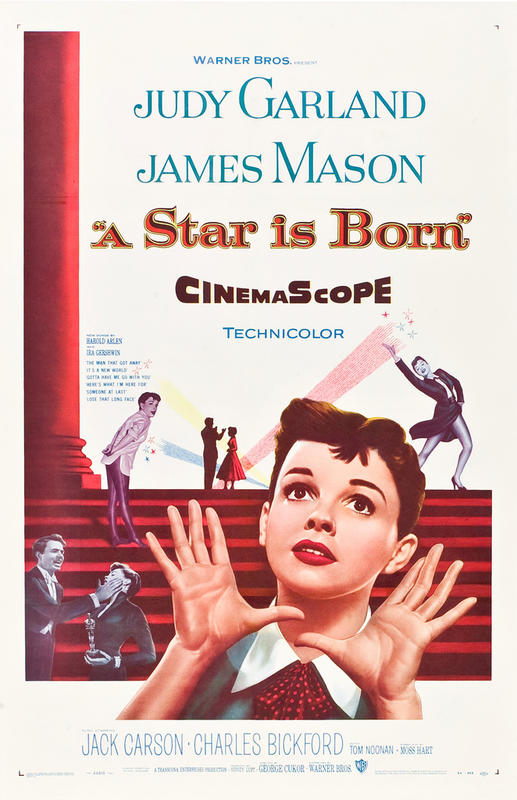 While she went on to film only a handful of movies following her departure from MGM, her comeback career featured some of her best work. She was nominated for Academy Awards for Best Supporting Actress for her role in Judgment at Nuremberg and Best Actress for the 1954 remake of the 1937 classic A Star Is Born (yes, that movie has been made four times). She even had a short stint hosting a weekly variety show called The Judy Garland Show in the early '60s.
However, by this time, her third divorce and a few bad investments left her in hot water with the IRS for unpaid taxes. She returned to the stage in London and New York to work off her debt, but it just kept piling up. By the end of her life, she was performing in bars for only a few hundred bucks a week. Tragically, the drug addiction fostered by her mother and MGM studios as a child never left her, and her body finally gave out at the age of 47 from the effects of long-term barbiturate use.
A star may have died on June 22, 1969, but her legacy lives on. The Wizard Of Oz has become a cultural icon and the single most-watched film of all time, according to the Library of Congress. Her artistry and achievements are still highly revered, and she is one of the most recognizable actresses of the Golden Age of Hollywood. While the many misfortunes of her life may serve as a warning against everything from drug abuse to child labor to fame in general, her fans choose to remember her for her immense talent and dedication to her craft.