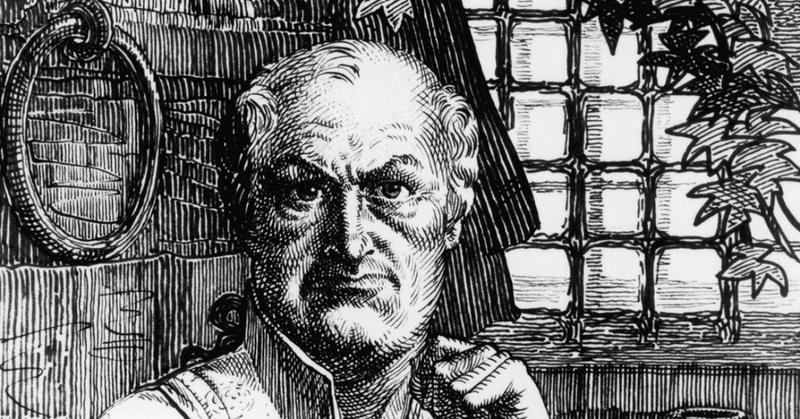 Poet, playwright, rebel, and seeker of erotic pleasure through all of its nuanced and varied means, the Marquis de Sade literally embodied sadism. This libidinous French aristocrat spent nearly half of his life in various prisons and insane asylums for committing heinous acts of sexual torture, but while imprisoned, he wrote some of his most famous work (and even put on plays with the rest of the inmates). When he wasn't popularizing the concept of sadism and erotica in the Western world, De Sade also played a very minor part in the French Revolution. As with just about everything about this controversial figure, however, even his place in the great upending of France and his critical work on sexuality aren't what they seem to the naked eye.

Born in the Hôtel de Condé in Paris on June 2, 1740, Donatien Alphonse François (or the Marquis de Sade, as he came to be known) was the only surviving child of the Comte and Comtesse de Sade. Like many children born into wealth, he was raised by servants who doted on his every whim, molding him into a petulant and spoiled child.
He was sent to school at the Lycée Louis-le-Grand in Paris, where he studied under priests who were just as content to dole out violent punishments as they were to educate. As a result of his disobedience, De Sade was routinely flogged, a ritual of pain that shaped his psyche forever. He spent the rest of his life chasing the pain. 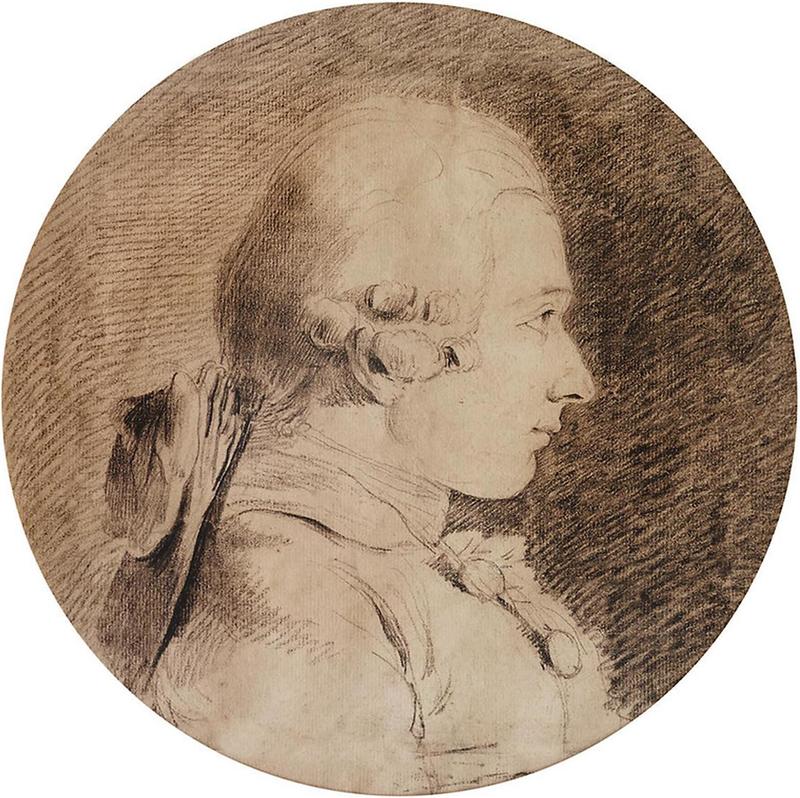 
The Soldier, Husband, And Father

De Sade was sent to a military academy after his time at the Lycée Louis-le-Grand, and by all accounts, he was a very good soldier. He earned the title of sub-lieutenant at just 15 years old, eventually rose to the rank of colonel, and led a Dragoon regiment fighting in the Seven Years' War. He returned from the war at 23 to court a rich magistrate's daughter, only to be cast aside and offered her older sister instead. In 1763, De Sade married Renée-Pélagie de Montreuil, who gave him two sons and a daughter. 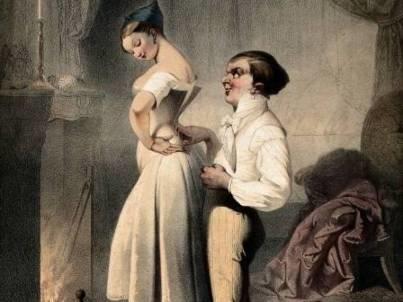 Much of De Sade's early life is murky. It's unclear when he began experimenting with his sexuality, but Neil Schaeffer's biography notes that following his time in the military, De Sade frequented brothels in search of women with whom he could carry out his most depraved fantasies. This didn't stop when he got married. On the contrary, matrimony seemed only to further freakify the Marquis.
After his wedding, Sade threw himself into his fantasies with vigor. He kidnapped women from brothels, whether they were prostitutes or not, to imprison, drug, and rape them. He was so out of control in his early twenties that French police actually had to warn brothels about allowing women to leave with Sade. 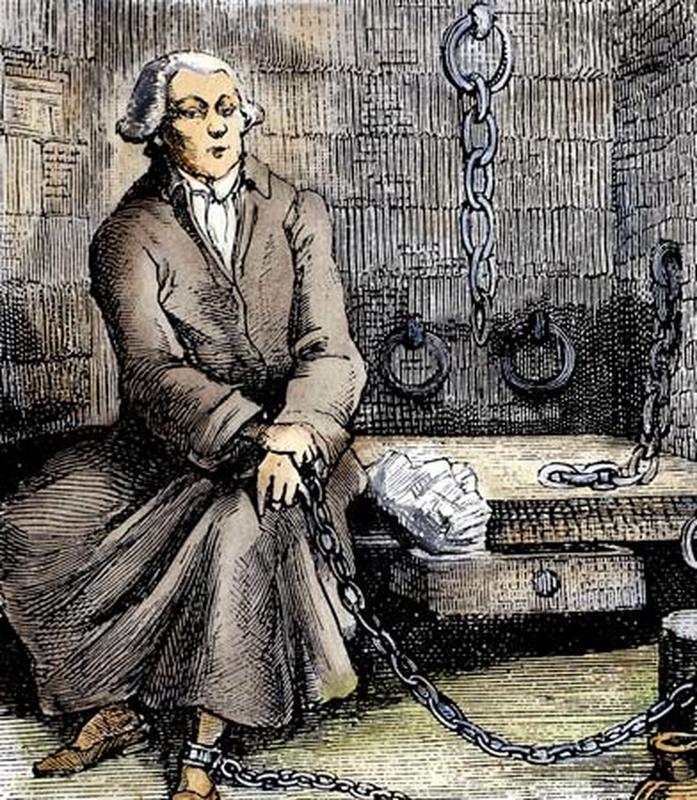 
Caught But Not Chastened

Following multiple complaints about De Sade's behavior, the Paris police finally arrested and interred him at the Château de Saumur in 1763. While he and his family appealed to the judiciary system, claims surfaced about De Sade's "magic salves" and a horde of bodies buried in his garden at Arcueil. After a five-year back and forth, De Sade was released under orders not to leave his château in Lacoste in 1768.
While at Lacoste, De Sade procured the services of a woman who believed she was being hired as a maid. De Sade wasted little time tying her up, whipping her, and allegedly pouring hot oil into her wounds (though he claimed it was a healing ointment). If the courts were hoping house arrest would halt his violent rampage, they were clearly mistaken. Still, not satisfied with even this lenient sentence, De Sade's mother secured a royal order protecting him from the jurisdiction of the courts, leaving him free to commit even more horrific acts. 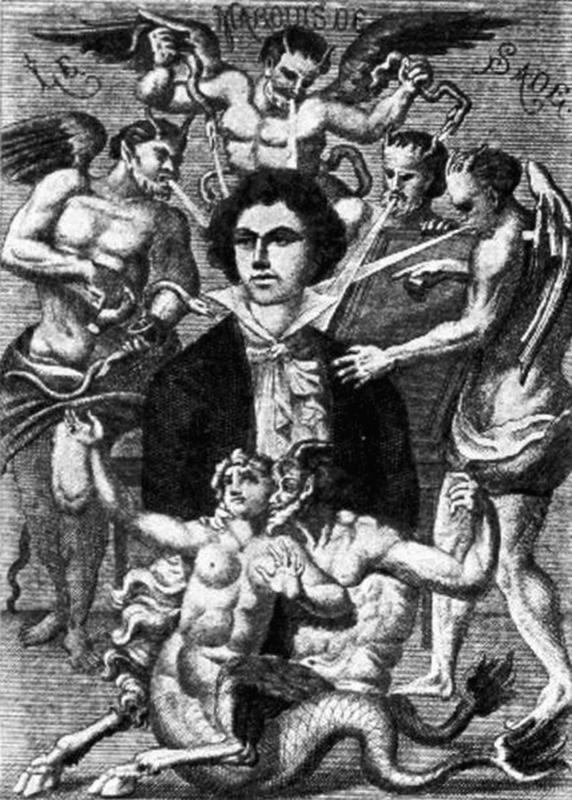 
Not Even A Death Sentence Could Stop Him

Perhaps emboldened by his ability to avoid prosecution, De Sade's violent libido went into overdrive. In 1772, he and his manservant, Latour, were sentenced to death in absentia in Marseilles for poisoning and sodomizing four prostitutes. He and Latour were caught and imprisoned at the Fortress of Miolans later that year, but they managed to escape the prison after four months. De Sade made his way back to his home at Lacoste, where he hid out with his wife until 1774, when the couple kidnapped and abused six children. Servants hired by the couple always fled quickly, complaining of mistreatment.
Stories about the Marquis de Sade spread throughout the country, and in 1777, the Parisian police devised a plan to catch him once and for all. They surreptitiously sent word to Lacoste that De Sade's mother was deathly ill, although in reality, she had passed months earlier. (News traveled considerably slower in pre-Revolutionary France.) It worked: The Marquis traveled to Paris, where he was immediately arrested and imprisoned in the Château de Vincennes. 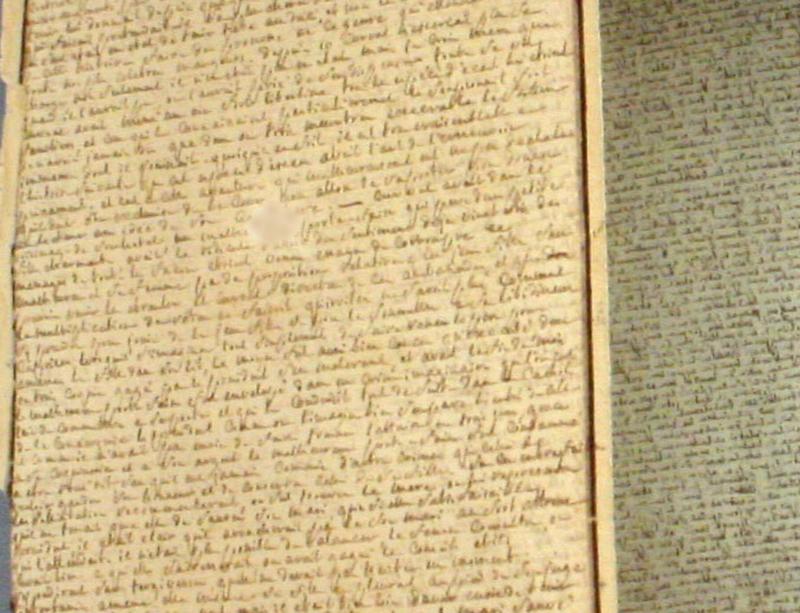 After Vincennes was shut down, the Marquis was moved to the Bastille in 1784, five years before the beginning of the French Revolution. He must have realized that he wasn't going anywhere, so he began to write the clandestine manuscript for Les 120 Journées De Sodome, or The 120 Days Of Sodom. Written in tiny, painful-looking handwriting on one continuous scroll of paper, the novel tells the story of four libertine noblemen who agree to experience sexual pleasure to the fullest. It's kind of like American Pie but French and only slightly more criminal.
The entire manuscript was written in about 40 days and hidden in the walls of the Bastille before De Sade was moved to an insane asylum at Charenton near Paris on July 4, 1789 after he shouted to a crowd of people below the prison that people in the Bastille were being murdered by the guards. Ten days after Sade was moved from the Bastille, it was stormed and destroyed, and he assumed that his magnum opus was lost forever. By a strange twist of fate, a man named Arnoux de Saint-Maximin removed the manuscript two days before the Bastille fell, saving it from complete destruction. 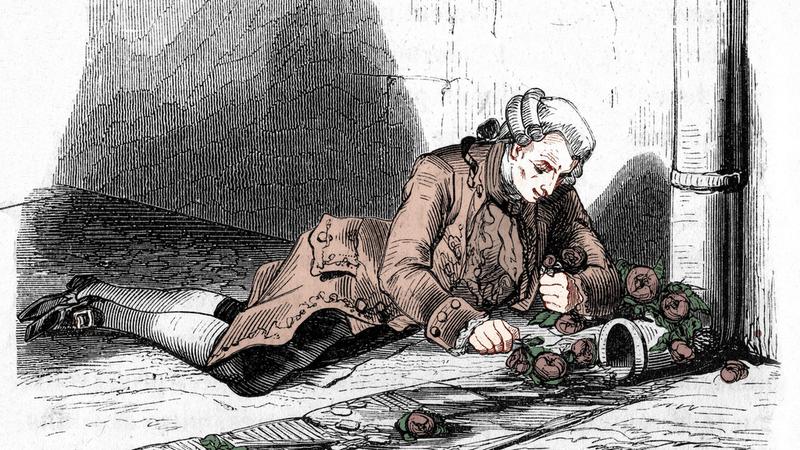 
Death At The Asylum

Thanks to the French Revolution, De Sade was out of prison and back to his life. He convinced members of the new political regime that he was a comrade and held several official positions in the new order, even though he was exactly the kind of person they had a habit of beheading.
At the same time, De Sade was anonymously writing erotic novels like Justine and Juliette. The two novels were so horrifying to the French people that in 1801, Napoleon ordered the arrest of their author. It didn't take long to figure out who it was. It's not clear how officials knew that De Sade wrote the books, but he was arrested at the offices of his publisher and placed in the Sainte-Pélagie Prison without trial.
In 1803, he was moved back to the Charenton Asylum, where he was allowed to stage plays for the public featuring many of his fellow inmates while carrying on a relationship with the 14-year-old daughter of an employee of the facility. He died at the asylum in 1814, and despite his decree that his body be left alone for 48 hours before burial on his property in Malmaison near Épernon, he was instead buried at Charenton after his skull was removed to be studied. 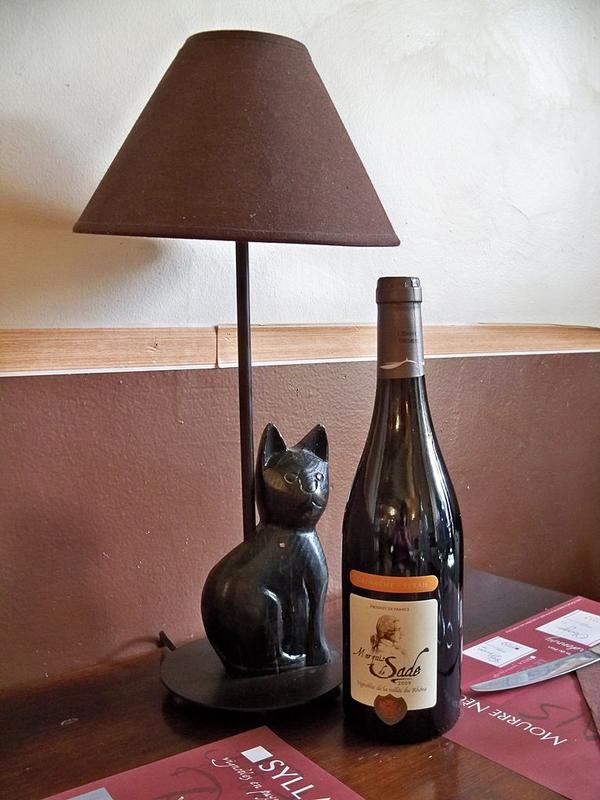 After his death, De Sade's children destroyed all of his unfinished manuscripts in an attempt to wipe his name and gruesome ideas from the Earth, but they were too late. Remember Arnoux de Saint-Maximin? He held onto the manuscript for The 120 Days Of Sodom, and throughout the 19th century, it remained hidden in a collection of manuscripts owned by a wealthy French family. By the early 1900s, it had fallen into the hands of a German collector, and finally, the Marquis De Sade's erotic magnum opus was published in 1904. Since this small initial run, the novel has been translated into multiple languages ... and banned by governments all over the world.