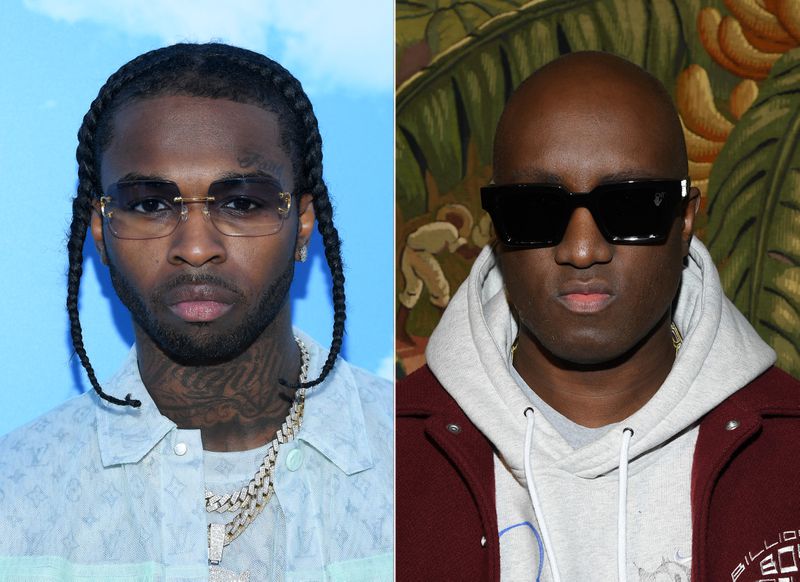 
Pop Smoke’s posthumous album “Shoot for the Stars,” set to release on July 3, should be fire, just like the two projects that preceded it. The album cover itself, however, is trash.
Hot trash.
So trash that Virgil Abloh, who should be nothing short of ashamed of the product he put on display, deleted it from Instagram hours after sharing it with the world. So trash that Smoke’s business former manager, Steven Victor, decreed a change was on the way, tweeting “Pop would listen to his fans” after backlash to the new art.
If I was alone in this harsh opinion, I may have kept it to myself. Pop Smoke died on Feb. 19, the victim of a home invasion in his new Hollywood Hills house. His funeral was around the corner from my Bed-Stuy apartment. The last thing I would set out to accomplish is to disrespect his memory.
But the only thing disrespectful is the cover art Abloh put together for this posthumous album, one that New York legend 50 Cent has claimed to have mastered and which will be released in Smoke’s honor. It looks like Abloh was running on deadline and threw something together — including apparently the very first photo of Pop Smoke that appears in a Google search.
“He mentioned his story felt like the metaphor of a rose & thorns growing from concrete of his hood in Canarsie, Brooklyn,” Abloh explained the since-deleted Instagram post. “In your memory, I just finished it yesterday.”
The “Shoot for the Stars” artwork is so awful, Twitter user @Scrillz__ started a petition to have it redone. The petition, initially seeking 100 signatures, has already garnered more than 10,0000 and its prompt is exactly only one line long:
“Virgil deada-- was wild lazy with Pop Smoke’s album cover and he needs to fix it.”
The streets agreed.

This wouldn’t be as big a deal if Pop Smoke himself wasn’t as big a deal. But this was a rising rapper and drill artist out of Brooklyn whose hit songs “Welcome to the Party” and “Dior” put him on the map in 2019 and both went gold — or sold at least 1 million units — just this past May.

Smoke’s second album “Meet the Woo 2” released in February and continues to dominate the city with songs like “Christopher Walking,” “Armed N Dangerous” and the intro, “Invincible.”

In short, Smoke was the hood’s Shakespeare, and his lyrics were a mid-New-York-City-summer-night’s dream.

He never truly enjoyed the spoils of his own success. Smoke was gunned down at age 20, just 12 days after releasing his sophomore project.

That’s why Abloh’s album cover, or lack thereof, rubs so many the wrong way. With more technology at one’s disposal now than ever before, the so-called genius creative who runs Louis Vuitton’s menswear had a brain fart, then touted it as profound.
Abloh may have been named one of Time magazine’s most influential people in the world in 2018, but there’s nothing at all influential about the “Shoot for the Stars” album cover — not even the explanation for the artwork he posted on Instagram.
Even the caption for the post was littered with errors. Most notably, it ends “rest in piece.”
Posted by free heip at 04:06