Robert E. Lee: The Man Behind The Monument 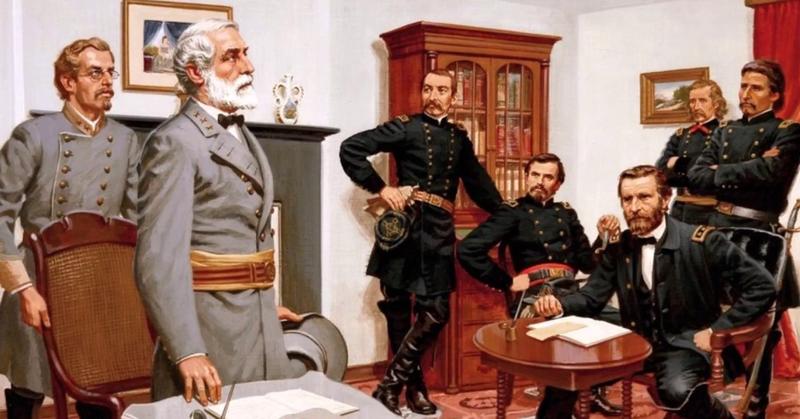 General Robert E. Lee surrendering to General Ulysses S. Grant in the parlor of the house owned by Wilmer McLean on April 9, 1865. (Getty Images)
Even when he was born on a tobacco plantation in Virginia on January 19, 1807, Robert E. Lee was already intrinsically tied to American history. His father, Henry Lee III, was a highly respected major general who fought in the Revolutionary War and rubbed shoulders with the likes of George Washington himself. In fact, they were such good friends that Robert E. Lee grew up to marry Martha Washington's granddaughter, making their families at least tangentially related (George Washington had no children of his own).
Lee followed in his father's footsteps when he enlisted at the prestigious West Point military academy at the age of 18. Although he served in the United States Army for the bulk of his life, he is best remembered for his role as general-in-chief in an army that fought against his own country. As the military leader of the Confederate Army during the Civil War, Lee waged the single deadliest war in American history.
However, his path to the role of Confederate general was not one he took lightly. He had made a name for himself during the Mexican-American War, where his general, Winifield Scott, noted him as "the very best soldier I ever saw in the field." It makes sense, then, that the Lincoln administration eyed him for command in the ever-impending Civil War. Lee was both a Southerner and a slave owner, however, so after intense personal deliberation, he refused to join the American struggle. Instead, Lee tendered his resignation from the U.S. Army, a move Scott called "the greatest mistake of [his] life." 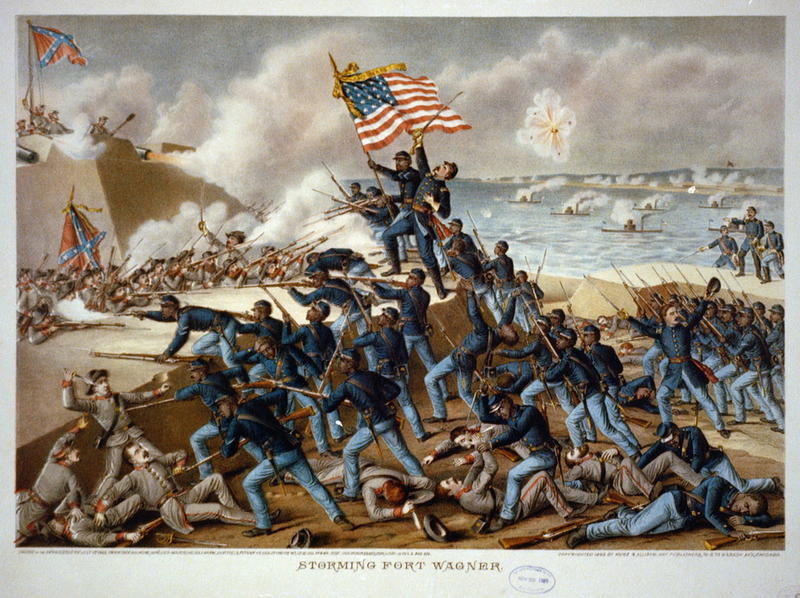 The Storming of Fort Wagner. Lithograph by Kurz and Allison, 1890. (Wikimedia Commons)

That being said, he didn't jump straight into the Confederate cause, either. Initially, he hoped to stay out of the conflict entirely, not much liking the idea of fighting his own people on either side. However, when Union soldiers overtook his home of Richmond, Virginia, Lee felt it necessary to take up arms against the very military he had served in for decades.
Lee's leadership during the Civil War was instrumental to the Confederacy's longevity. Although the myth of the "Lost Cause" still persists, most historians believe that had a few things gone in their favor, the South could have very well won, in large part thanks to Lee's effective battlefield guidance and deft reconnaissance work. Along with fellow Confederate Stonewall Jackson, Lee scored victories in pivotal conflicts like the Battle of Fredericksburg, the Second Battle of Manassas (A.K.A. Bull Run), and the Seven Days Battles, among others. In the end, however, he couldn't outmaneuver the alcoholic but ever-insistent Union General and future President Ulysses S. Grant. Lee eventually surrendered to him at the home of Wilmer McLean, only a few yards away from where the war first broke out in 1861.
Though, of course, the Confederacy lost the Civil War and Lee died just a short five years later, many white Southerners continue to revere General Lee. It wasn't long until Southern cities began raising monuments to the former general, including one in his hometown of Richmond, which went up in 1890. Another rash of Robert E. Lee monuments popped up in the U.S. during the 20th century, many of them in the "1920s, alongside the entrenchment of Jim Crow laws across the former Confederacy," and during the 1960s, coinciding with the Civil Rights movement. 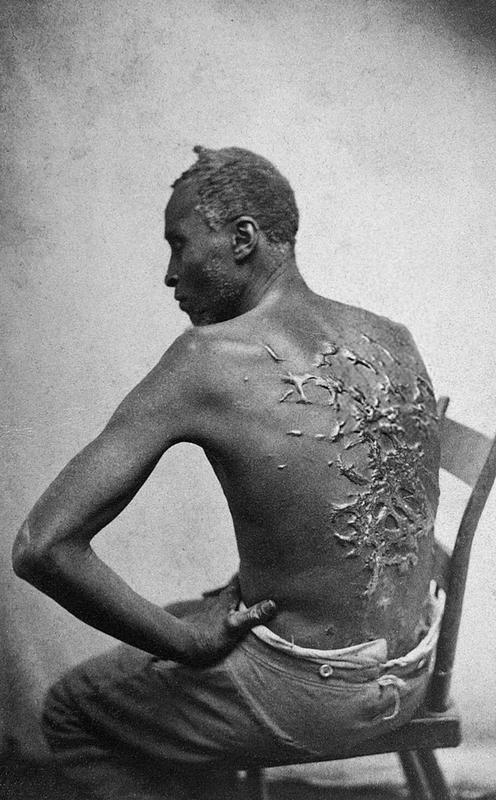 While his legacy as a general remains a complex one, Lee ultimately defended and profited from the institution of slavery. On a personal level, Robert E. Lee owned hundreds of slaves in his life. He separated mothers from their children, a practice seen as cruel even among slave owners, and issued such harsh physical abuse that his slaves almost mounted a revolt. Interestingly, he shared Lincoln's belief that the American economic dependency on slavery was unsustainable, but he couldn't accept such a swift end to the inhumane practice. Of his opinion on the black population and slavery, his words say it better than any analysis ever could:

The blacks are immeasurably better off here than in Africa. The painful discipline they are undergoing, is necessary for their instruction as a race, & I hope will prepare & lead them to better things. How long their subjugation may be necessary is Known & ordered by a wise & merciful Providence.

Even though he was seen as an honorable man of war by other white commanders—including Grant, who saluted him during his surrender—Lee turned a blind eye when his subordinates kidnapped black freemen and illegally sold them into slavery. For the last few years of his life, he served as the president of Washington College, where his adult male students were known to sexually assault local black schoolgirls around the St. Louis campus.

Throughout the last decade, Southern cities have begun removing Confederate monuments at the urging of their own people. Unfortunately, these legal proceedings are often met with resistance and even violence. In 2017, after the city council of Charlottesville, Virginia voted to both remove a 1920s Robert E. Lee statue and rename the surrounding park, violent protests flooded the city, where nineteen were injured and one woman was tragically killed.
To this day, the people of the South continue to choose for themselves what the legacy of Robert E. Lee means, but the man of the hour may have said it best regarding war monuments:

I think it wiser, moreover, not to keep open the sores of war but to follow the examples of those nations who endeavored to obliterate the marks of civil strife, to commit to oblivion the feelings that it engendered.