The Grim Sleeper: A Serial Killer Who Was Caught By A Slice Of Pizza 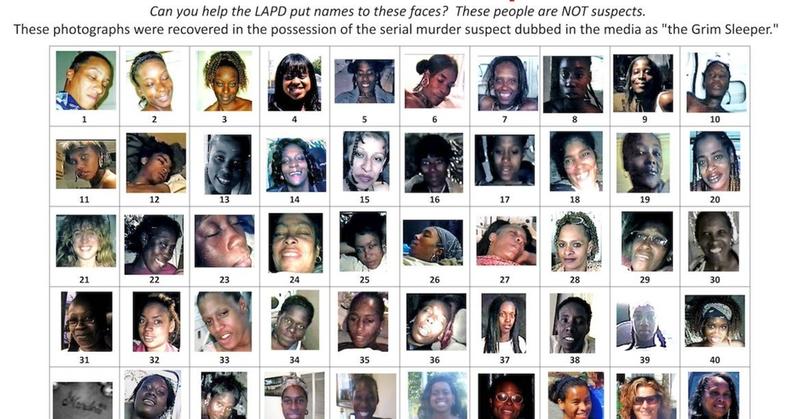 (Los Angeles Police Department)
Beginning in the 1980s, a serial killer stalked the women of South-Central Los Angeles for nearly two decades. The Grim Sleeper, known as Lonnie Franklin to friends and family, led the police on a wild goose chase for years until a stray slice of pizza tossed in the trash brought him down. In the meantime, terror spread throughout Los Angeles as people wondered when he would strike again. He was so prolific that some theorized the Grim Sleeper must be multiple people.

Born in South-Central on August 30, 1952, Lonnie David Franklin, Jr. appeared to be a fairly normal guy. Not much is known about his childhood, but after high school, he enlisted in the Army and received a dishonorable discharge after he was convicted of taking part in the gang rape of a young girl while stationed in Germany. Franklin and two other servicemen had stopped along the highway to ask a 17-year-old girl directions before offering her a ride, but when she got in the car, they held a knife to her throat and took turns assaulting her. The young woman tricked Franklin into giving her his phone number, which she subsequently gave to the police.
All three men were tried and convicted, but Franklin only served one year of his four-year sentence. LAPD detective Daryn Dupree told People Magazine:

We don't know why he got out. The other guys did their whole time. He got caught and got away with it and he came back here and he started getting girls again. But as soon as they showed hesitation or gave him a hard time, he killed them. Any inkling of him getting caught or them treating him bad, he killed them. 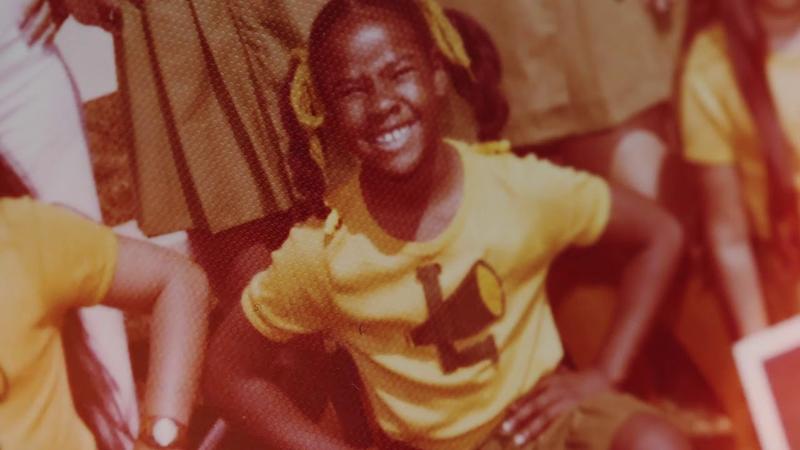 After returning to the States in the mid-'70s, Franklin blended in with the Angelenos and resumed his normal life. It's believed that he embarked upon his killing spree around 1985, but no one knows for sure because Franklin's murders were considered "NHI" cases, LAPD code for "no humans involved." This moniker was applied to cases involving sex workers, ex-cons, or other people whose victimization the police weren't terribly inclined to investigate. It likely kept the LAPD from catching Franklin earlier and definitely led to the deaths of more women.
Racial stereotypes in the time and region he lived also played a part in keeping Franklin on the streets. In the mid-'80s, the public image of a serial killer was generally that of a white man who preyed on predominantly white women. As a black man who targeted black women, Franklin stayed under the radar in the worst way. 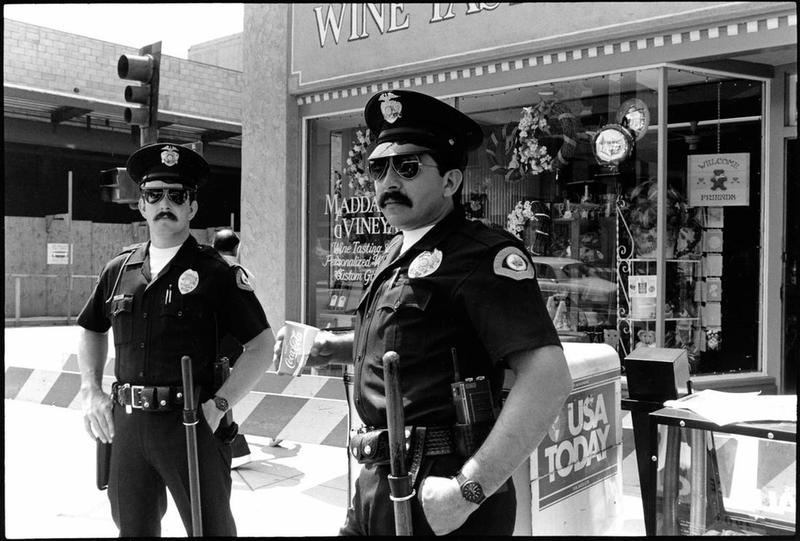 
Into Their Own Hands

By 1989, it was clear that someone was attacking black women in the Southland. Increasingly frustrated with the apathy of the LAPD, the Black Coalition Fighting Back Serial Murders formed to spread information about the murders and establish a reward for anyone who provided information leading to the arrest of the killer. Not to be outdone by a ragtag group of citizens, the police finally launched an investigation into the killer who was then being referred to as the "Southside Slayer." 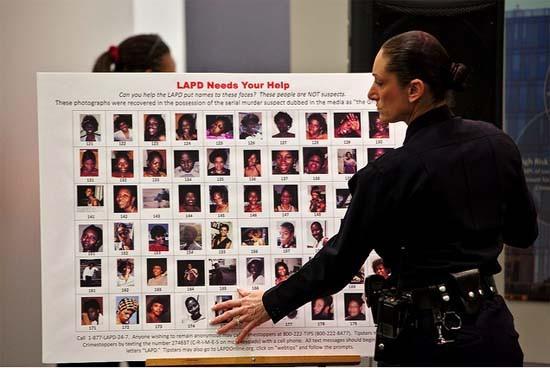 Perhaps the most unsettling thing about the case of the Grim Sleeper is that police only have proof of his involvement with 25 victims, but they found a cache of more than 1,000 photos and videotapes of women and teenage girls in Franklin's possession. It's believed that many of these women could be victims whose bodies have never been located.
One of the women in the photos is Enietra Washington, the only known survivor of the Sleeper. Washington testified that in 1988, Franklin sexually assaulted her in his car before shooting her in the chest, taking a Polaroid of her, and pushing her into the street. Many of the other women in the photos are placed in sexual positions, although it's unclear if the unknown women are additional victims or simply sexual partners. The Los Angeles Police Department released 180 photos from Franklin's collection in an attempt to locate these women. 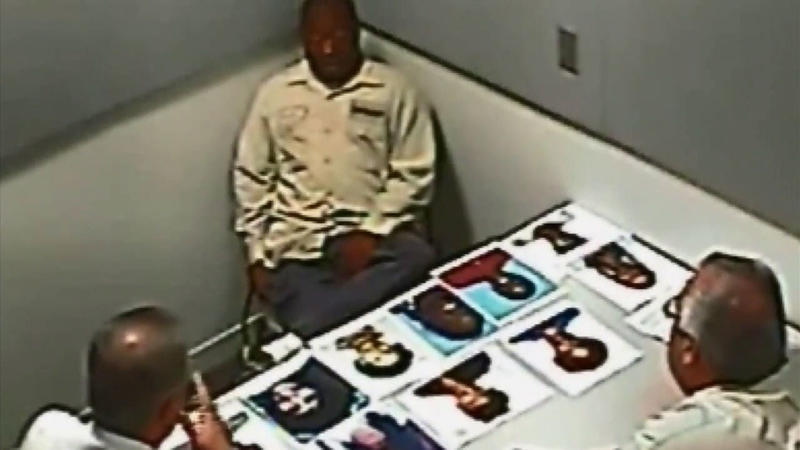 Franklin stalked the Los Angeles area on and off for 20 years while working as a mechanic and sanitation worker for the city. At one point, he took a 14-year break, but his memory continued to menace the people of South-Central Los Angeles. When he picked up his pastimes again in the 2000s, the police were ready for him.
Following the death of Janecia Peters in 2007, the LAPD linked DNA found at the scene of her murder to 11 other murders dating back to the 1980s. Lacking an exact match for the DNA in their database, they searched for anyone who could share a familial relationship with its giver and came across Franklin's son, Christopher, who had been convicted of a weapons charge in 2008.
Concluding that Christopher was too young to have committed the crimes in the '80s, the LAPD focused on his father, Lonnie Franklin, Jr., in 2010. After following Franklin to a pizzeria near Buena Park, California, they dug his pizza crust, fork, and napkins out of the restaurant's trash can. DNA analysis matched the traces on these items to that of the Grim Sleeper. 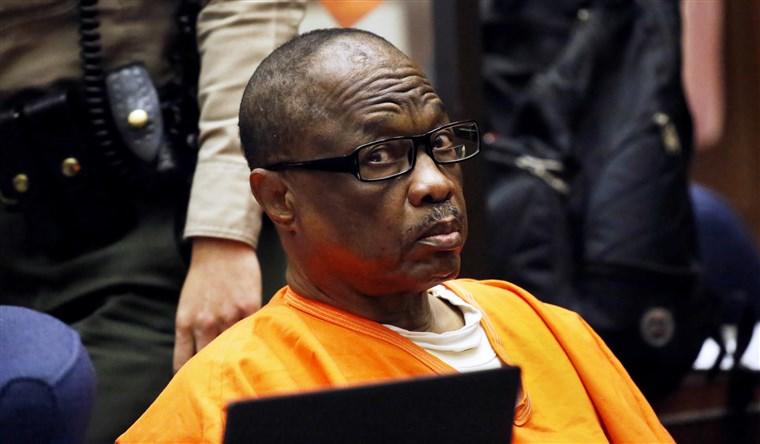 Following Franklin's arrest, his lawyers argued that the DNA evidence taken from the trash can constituted an illegal search, but they were unsuccessful and Franklin was convicted of killing nine women and a teenage girl between 1985 and 2007. On August 10, 2016, he was sentenced to death. Throughout the trial, Franklin was adamant that he had no part in the crimes.
On March 29, 2020, it was reported that Franklin was found unresponsive in his cell. His cause of death is still unclear, but at the time of the discovery, there were no signs of trauma.