The History Of Peaceful Protests in America 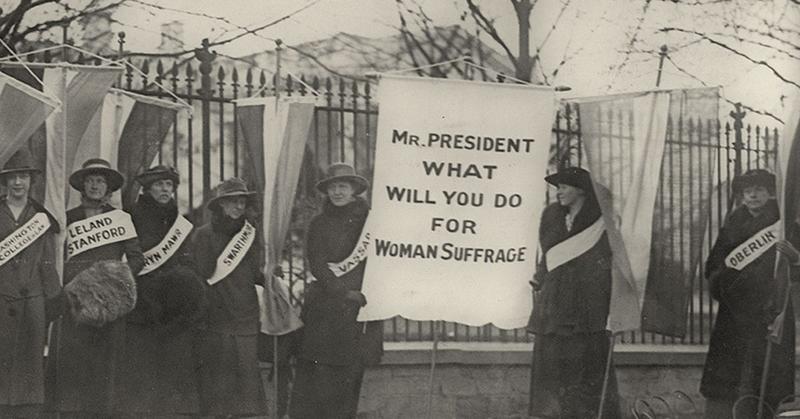 (Library of Congress)
Throughout history, protests have been used by regular people who want to have their voices heard. Civil unrest has been whipping around humankind since the first rule was laid in a stone tablet, but it's only recently that rebellious people of all ages have carried out peaceful protests to enact change. History is full of riots, rebellions, and martyrs taking their lives to bring about social change, but in the 20th century, peaceful protests inspired by people like Martin Luther King, Jr. and Rosa Parks became the way that freedom fighters worked to bring about a better world.

The struggle for women's suffrage was a long-fought battle to provide voting rights for women in the United States. It started around the 1820s, after all states agreed that every white man should have a vote, whether they owned property or not, and white women started to wonder why they were being left out. Once the Civil War broke out, however, there were more pressing concerns to discuss.
Following the war, the 14th Amendment and the 15th Amendments were added to the Constitution, defining "citizens" as male members of society and extending voting rights to black men. (This was, of course, easier extended than done—we'll get to that.) Women began to push lawmakers to create an amendment that allowed everyone to vote regardless of gender, and in 1890, the National American Woman Suffrage Association was formed.
By 1910, the NAWS had split into two distinct factions. Carrie Chapman Catt led a group that brought together local suffrage movements into order to strengthen the national group, while Alice Paul led a contingent who took part in hunger strikes and picketing the White House. Paul's most accomplished act of peaceful protest occurred on March 3, 1913 in Washington D.C., one day before President-Elect Woodrow Wilson's inauguration. Paul brought 8,000 woman to the city to carry banners and floats down Pennsylvania Avenue towards the White House, and when President Wilson brushed off their demands, she embarked on 18 months of silent picketing outside the White House that lasted from January 1917 to mid-1918.
Finally, after Paul's arrest, Wilson got behind suffrage. After two years of hashing it out in the Senate and the House, the 19th Amendment to the Constitution was ratified on August 18, 1920. 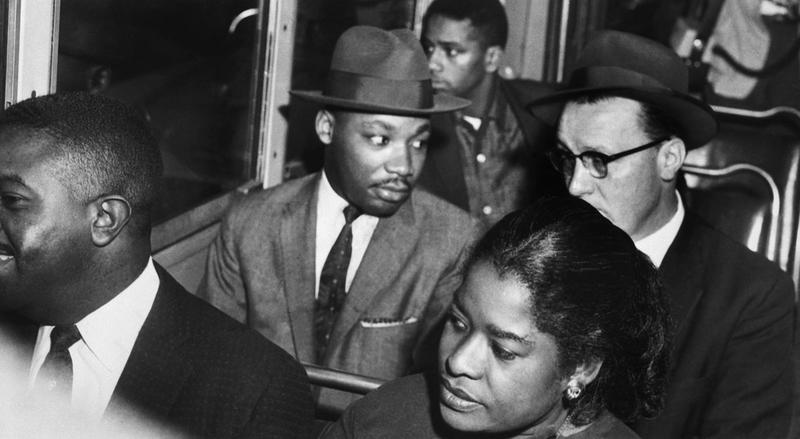 The Civil Rights movement began in earnest in the 1950s, but its seeds were planted hundreds of years prior to the mid–20th century. From the moment the African people were kidnapped and sold into slavery, they resisted racial oppression and taught their children and their children’s children to do the same.
Following the Civil War, the South created a series of Jim Crow laws that segregated the black and white population, keeping people from eating in restaurants, riding on buses, or even using bathrooms, all because of the color of their skin. They were also subject to a battery of barriers to voting that all but nullified their hard-won Constitutional right.
After World War II, the movement began in earnest following the case of Brown v. Board of Education of Topeka, in which the Supreme Court ruled that schools had to desegregate their systems "with all deliberate speed" in 1954. The following year, Rosa Parks refused to hand over her seat on a Montgomery, Alabama bus to a white man, sparking the bus boycott led by minister Martin Luther King, Jr. The boycott lasted just over a year until the Montgomery bus system was integrated on December 21, 1956.
This win was only the beginning of the change that was ushered in by the Civil Rights movement. It showed people across the world what could be done without using force. 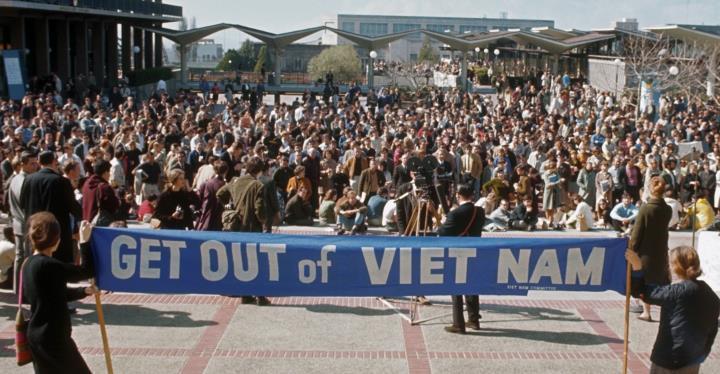 
King Helped To End The War, Too

As the Vietnam War dragged on throughout the '60s, public perception of the conflict soured once it became clear that it wasn't going to be just a quick jaunt to the jungles of Asia. Protests against the war brought together people of all races and backgrounds: Students, civil rights activists, and even people in the middle of political spectrum who wanted the war to come to an end. Adopting the peaceful tactics of the Civil Rights movement, protesters against the Vietnam War came together on college campuses in 1965, and after two years of shouting to have their voices heard, a familiar figure helped the anti-war movement gain real traction.
In April 1967, Martin Luther King, Jr. brought together the vastly different arms of the anti-war movement into the Spring Mobilization Committee to End the War in Vietnam. This group spearheaded a march of 300,000 anti-war protesters through New York City, putting eyes on the movement and letting government leaders know that a vast majority of people were against the war. Later that fall, more than 1,000 students protested the war by burning their draft cards in front of the Justice Department, setting off a wave of civil disobedience. 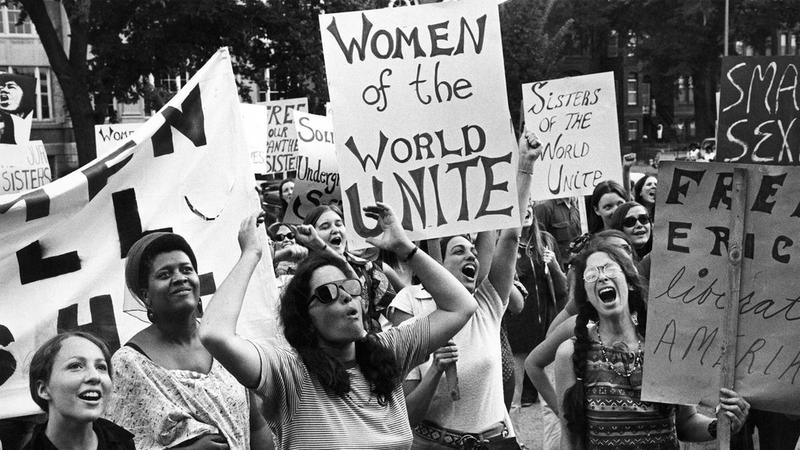 As protests against the Vietnam War continued, the '60s and '70s also saw the rise of the women's liberation movement. Like the anti-war movement, this call for equality brought together many different types of activists, from mild to wild and peaceful to extreme. At the time, women were arguing for equal pay, fair treatment in the workplace, and the desire to be on the same level ground as men.
In the 1970s, activists carried out a series of important protests that not only put the spotlight on their struggle but got things done. In 1970, a sit-in at the Ladies' Home Journal building made its way into the editor's office, where the leaders negotiated a deal that allowed them to work on an upcoming issue. Soon, Ladies' Home Journal had its first lady editor.
On August 26, 1970, the Women's Strike for Equality called on women across the country to do whatever they could in a peaceful way to draw attention to the fact that women were being treated as lesser than their masculine counterparts. Whether they were at work, walking down the street, or at home, women were asked to stand up and demand to be treated as equals. 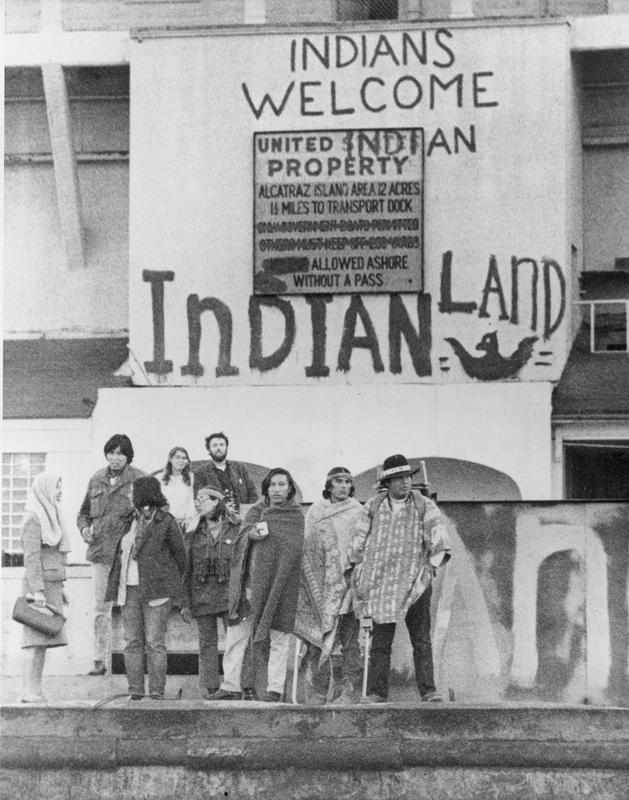 On November 29, 1969, a group called The Indians of All Tribes began their occupation of Alcatraz Island, the former prison off the coast of San Francisco. They kicked off their 19-month protest by stating:

We, the Native Americans, reclaim the land known as Alcatraz Island in the name of all American Indians by right of discovery ... We will purchase said Alcatraz Island for $24 in glass beads and red cloth, a precedent set by the white man's purchase of a similar island about 300 years ago.

This peaceful takeover of the island immediately brought eyes to the plight of the Native people. It became a media sensation, and a pirate radio station even sprung up on the island. John Trudell, a Santee Sioux Native American activist and broadcaster, took to the air in order to explain how the American government violated the rights of the country's first people.
During the 19-month occupation, President Richard Nixon called for "self-determination" among the Native people, and it created a sense of unity between indigenous peoples everywhere. The occupation ended on June 11, 1971, but it was only the beginning of a series of protests carried out by Native Americans and indigenous people. These protests didn't just throw gas on the flames of the American government's cruelty towards Native Americans; they projected a future where people of all backgrounds, races, colors, genders, and sexualities could come together as humans and showed the possibilities of what can happen with a peaceful protest.