The Mystery of Herxheim: Was an Entire Village Cannibalized? 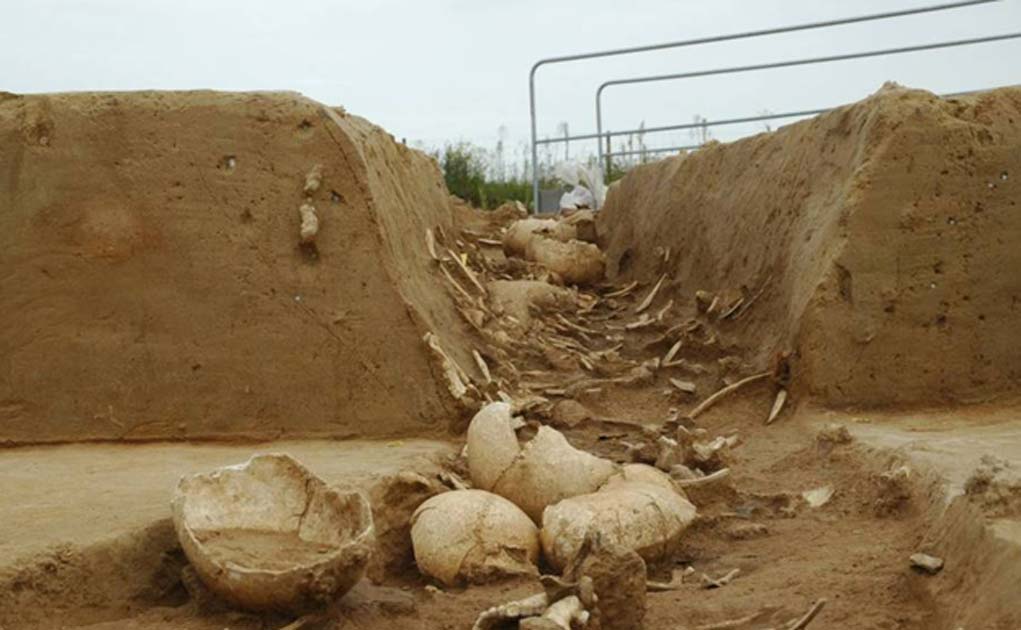 Beginning in 5300 BC, a Linearbandkeramik or Linear Pottery culture (LBK) developed in the region of Herxheim in southwest Germany, one that could be described as an idyllic Stone Age settlement. The houses were the same, the rudimentary farm plots were the same, the small village seemed to be relatively safe from invaders and predators. Yet sometime around 4950 BC, the community abruptly disappeared. The town was abandoned, leaving behind shattered pottery, hundreds of butchered bodies, and a huge pile of bones. Today, researchers are not certain what happened but signs suggest that a rise in ritual sacrifice, and possibly cannibalism, had something to do with it.

Map of the Herxheim site. ( thesebonesofmine.wordpress.com)
In 2009, an archeological dig of a Stone Age village unearthed a mass grave with hundreds of human remains, belonging to at least 500 people and possibly over 1,000. The bones were of men, women, and children as well as infants and fetuses. Tool marks on the bones show that the flesh had been carefully scraped off while larger bones were broken, possibly to get at the marrow. Even the skulls were broken as if to better extract the brains.
The butchering all occurred shortly after the victims’ death and was clearly done by someone who knew what they were doing. Although the butchering was done with the same practiced techniques of slaughtering cattle or sheep, it is not certain what became of the human flesh. Some believe the villagers of Herxheim ate the meat; others say that it would have been buried along with the bones as part of the ritual.
“We expect the number of dead to be twice as high,” said Andrea Zeeb-Lanz, project leader of the Cultural Heritage Agency working at Herxheim. Such a large number is highly peculiar for a small village with only 10 buildings. Dating through carbon-14 analysis confirms that the bones found at the Herxheim site are the last known inhabitants of that settlement. However, analysis of the artifacts found in the pit has revealed that the victims were not natives of the village. Indeed, they came from all over Europe, including the Moselle River region (some 62 miles (100km) away) and the Elbe River region (some 250 miles (400km) away). Experts have deduced this anomaly by the fragments of pottery, often very fine pottery, lying between each victim’s ribs. The pottery was exceptionally well-crafted yet intentionally smashed to pieces. The shards, as well as new stone blades and millstones, were mixed with the broken bones and dumped into the pit. The dead were not killed in battle, they were not sickly, and they were not malnourished. Many were not even old.
“One could also imagine that people volunteered to come here and be ritually sacrificed,” said Zeeb-Lanz. 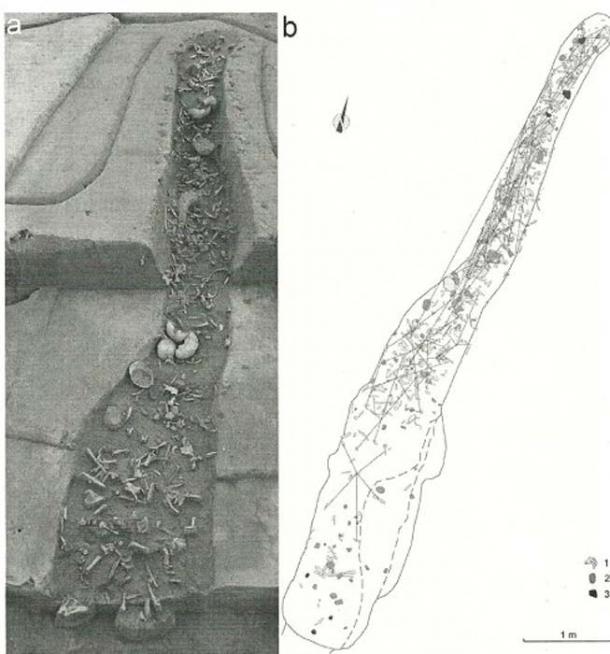 Herxheim burial ( thesebonesofmine.wordpress.com)
No one is certain how such a small village could have become so popular over such a short time, perhaps 50 years. That over 1000 people made the pilgrimage over great distances to Herxheim represents a significant logistical and communicational feat. But by 4950 BC, whatever was drawing people to Herxheim abruptly ended.

“50 years is the maximum,” said Zeeb-Lanz. “It could all have happened in just two years or even five weeks.”

Research leader Zeeb-Lanz believes that the answer to the Herxheim mystery lies in the victims’ skulls. The breaking of the skulls was completed by a practiced hand. After peeling off the skin, each skull was carefully broken so that the lower third was removed, leaving behind a sort of cap or drinking vessel. Given the fragile nature of human skulls and the basic stone tools the butcher had at his or her disposal, only an expert could have done this. The skull caps/cups were then carved with intricate symbols. Historians cannot decipher the meaning of these markings, however, it is clear that the people were not killed for hunger. It was part some kind of ritual, most likely of religious significance. All of the skulls were found piled together in one place. 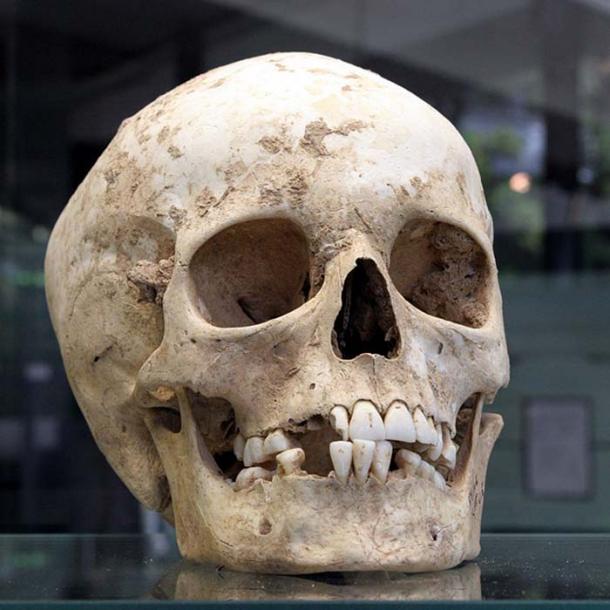 Skull found in the archaeological site of Herxheim. ( CC BY-SA 3.0 )

“But probably nobody drank from them. The edges are still so sharp today that one would cut one's lips on them,” said Zeeb-Lanz. “The more research conducted, the more mysterious this place becomes.”

Many sensational articles published on Herxheim proclaim cannibalism, however, the excavation’s leader Zeeb-Lanz cautions against such astonishing conclusions. “We mustn't forget that this was no giant settlement. Who is supposed to have eaten all this?”