The Oneiroi: Morpheus and His Brothers, Ancient Greek Dream Gods 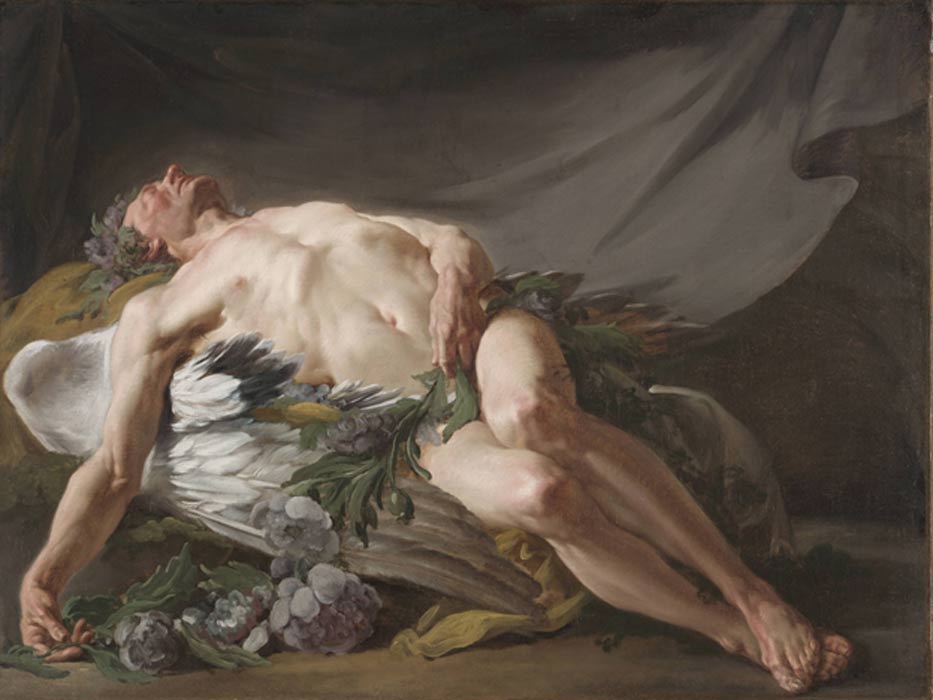 Greek mythology depicts its deities as belonging to one big family, and people today can still recognize its most prominent members. Most people are familiar with the Olympians, the major deities of the Greek pantheon. Many would have also heard about the Titans, the predecessors of the Olympian gods. Yet, the family tree of the Greek gods consists of more than just the Olympian gods and the Titans. There are gods whose existence predates even the Titans. One of these groups is the Oneiroi of Morpheus and his siblings.

In Greek mythology, Morpheus is a god of dreams. According to the Greeks, Morpheus was born of Nyx, the personification of Night. The Romans believe, however, that Morpheus was the son of Somnus, the personification of Sleep, who was in turn a child of Nyx.
Regardless of his parentage, Morpheus is said to have numerous siblings, collectively known as the Oneiroi (the Greek word for dream, incidentally, being oneiros). Apart from Morpheus, two other Oneiroi can be identified by their names – Phobetor and Phantasos. 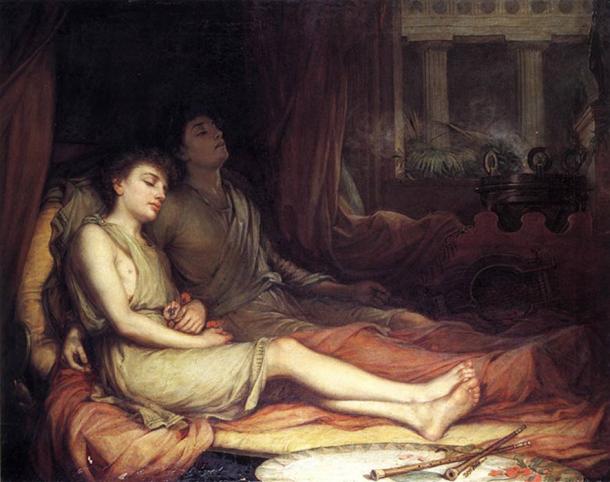 Waterhouse ‘Sleep and His Half-Brother Death’ (1874). ( Public Domain )
Phobetor was thought to be the bringer of nightmares, and had the ability to appear as animals or monsters; Phantasos was believed to bring surreal and strange dreams, and was able to appear as inanimate objects, such as stones or wood. In contrast to his two siblings, Morpheus brought messages and prophesies from the gods to mortals through the medium of dreams. Thus, he appeared particularly to kings and heroes and often took the appearance of a human being.
When not appearing in dreams, Morpheus and his brothers were said to have possessed human forms with wings on their backs. These wings would have allowed Morpheus and his brethren to easily reach those whose dreams they were assigned. In addition, it is said that Morpheus’ wings enabled him to save his father Somnus, who was wingless, from the wrath of Zeus on more than one occasion. 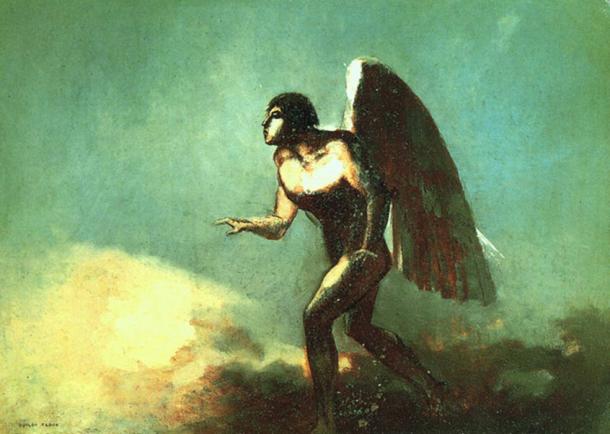 ‘The Winged Man’ (1880) by Odilon Redon. ( Public Domain ) When not appearing in dreams, Oneiroi were said to have possessed human forms with wings on their backs.

The Importance of Dreams in Ancient Greece

Dreams had such an important role in ancient Greece that writers put them into two categories – insignificant dreams that just reflected everyday fears and hopes of the day, and the significant ones that were visions of the future, visitations by ghosts or gods, and symbolic prophetic dreams that had to be interpreted. Some dreams were also thought to be able to heal . As Miriam Kamil notes :

“Prophetic dreams appear frequently in Greek literature, from myth to history to ancient inscriptions. Greek religious culture allowed people to believe in the truth of these apparent dreams from the gods. Among religious Greeks, this belief was so strong that people bought dream books and practiced rituals to induce prophetic dreams.”

In Classical literature, Morpheus makes an appearance in Ovid’s Metamorphoses. In the story of Alcyone and Ceyx, Ovid mentions that Ceyx undertook a journey across the sea to consult an oracle. During his voyage, however, a tempest broke out, sinking his ship and resulting in his death.
Zeus’ wife Hera then sent Iris, the messenger of the gods, to the hall of Somnus in the Underworld, as she wanted to send a dream to Alcyone about the death of her husband, Ceyx. It is in this part of the Metamorphoses that Morpheus is described as being one of the one thousand sons of Somnus. 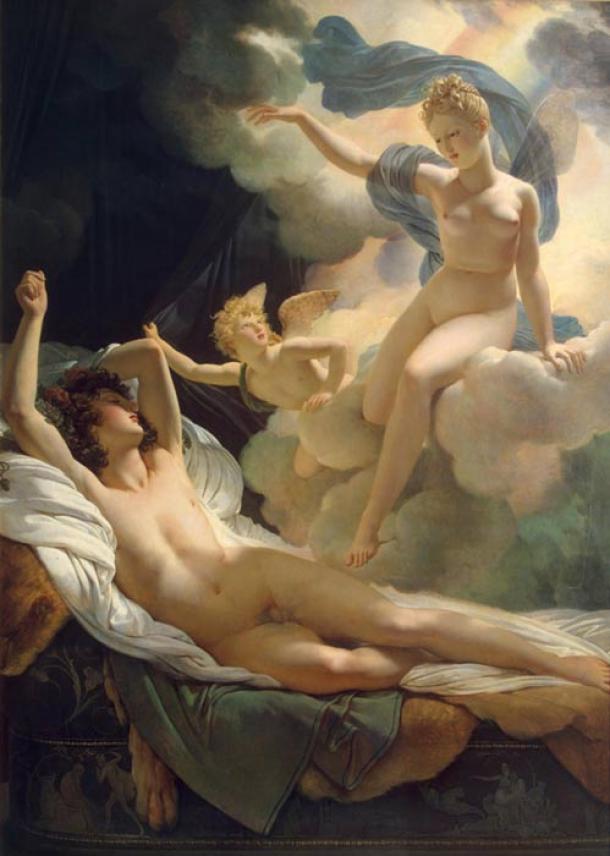 ‘Morpheus and Iris’ (1811) by Pierre-Narcisse Guérin. ( Public Domain )
Ovid also describes Morpheus as being the most talented of his brethren in mimicking human beings. His mimicry of humans is not limited to physical appearances, but also includes voice, mood, gait, and even choice of words. Thus, he is the best choice for the gods when they wish to send images of human beings to sleeping mortals.
According to Ovid, after Morpheus appears as Ceyx in Alcyone’s dream to relate his fate, the grief-stricken widow wakes up to see the body of her husband washed up on the shore. Filled with sorrow, Alcyone commits suicide by throwing herself into the sea. The gods, taking pity on them, then transformed them into Halcyon birds. 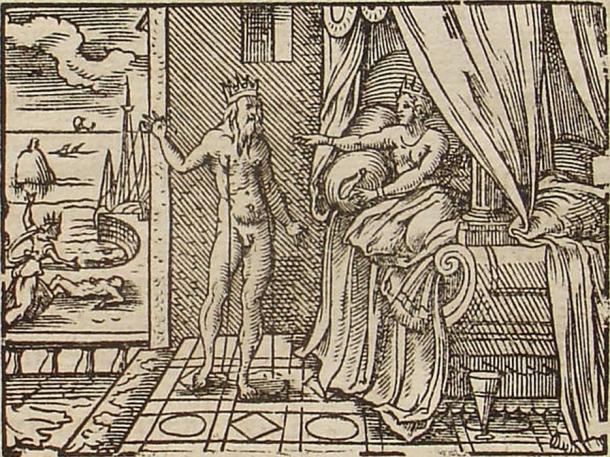 One of the ways that Morpheus continues to ‘live on’ in the human mind today is as a drug. Morphine, which was isolated from opium in 1805, is named after Morpheus because it induced a euphoric, dream-like state of mind in those who took it.
Like many of the Greek deities, Morpheus can be said to be a personification of an abstract idea, similar to that of Thanatos (death) or the Furies (vengeance). By giving these concepts a concrete form, the Greeks would have been able to better explain these forces that ruled human existence.
Although belief in Morpheus as a god of dreams may not be as strong today as it was during the time of the Greeks, it has had an impact on the English language. The expression ‘in the arms of Morpheus’ is understood to mean ‘to be asleep’. This impact, however, is not merely restricted to Morpheus, but also to various other personified deities of Greek mythology.
Posted by free heip at 01:13