WHO warns ‘the worst is yet to come’ as coronavirus global death toll climbs past 500,000 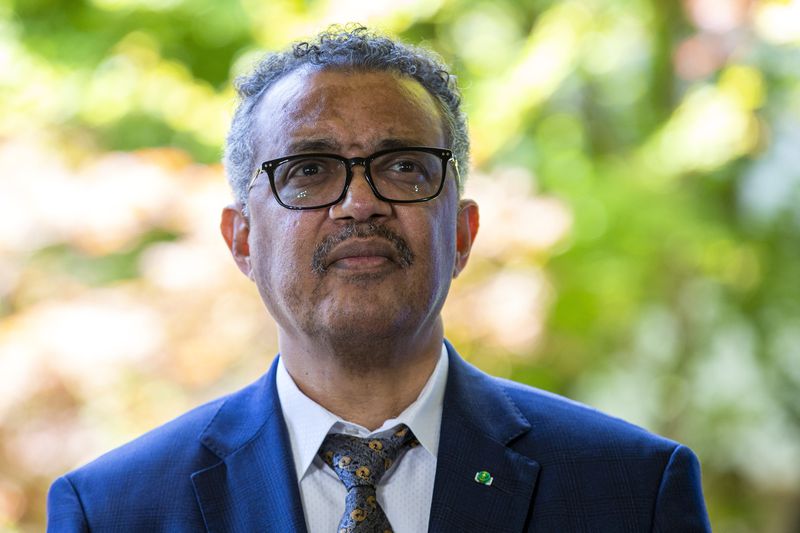 In this file photo, Tedros Adhanom Ghebreyesus, Director General of the World Health Organization (WHO), attends a press conference at WHO headquarters in Geneva, Switzerland. (Salvatore di Nolfi/AP)


With more than 500,000 people killed by coronavirus in the six months since it first emerged, the World Health Organization has warned the COVID-19 crisis is actually speeding up and that the “worst is yet to come.”
Tedros Adhanom Ghebreyesus, director-general of the World Health Organization, during a virtual briefing on Monday acknowledged some nations have had success containing the virus but said that a lack of global unity could prove a true risk amid the pandemic.
“We all want this to be over. We all want to get on with our lives, but the hard reality is that this is not even close to being over,” he said.
Worldwide, more than 10.1 million people have been infected by the virus and earlier this week the global death toll climbed past 500,000 for the first time. WHO Officials said both of the grim milestones should serve as a reminder for those failing to observe social distancing measures and other guidelines implemented to curtail the spread of coronavirus.
“With 10 million cases now and half a million deaths, unless we address the problems we’ve already identified at WHO, the lack of national unity and lack of global solidarity and the divided world which is actually helping the virus to spread... the worst is yet to come,” Ghebreyesus said.

The U.S. alone accounts for more than one-quarter of all confirmed cases, with nearly 126,000 deaths. It also reported more than 23% of the 189,077 new cases reported globally on Sunday, according to the WHO’s data.

New cases have surged in several states across the United in recent weeks, including in Florida, Texas, California and Arizona, where they are setting new records almost daily.

Brazil was the only country in the world to report more new cases on Sunday than the U.S.

Ghebreyesus on Monday also doubled down on what he has touted as the pandemic’s solution from day one: “Test, Trace, Isolate and Quarantine.”

WHO officials announced it also intends to send a team to China in the coming days to investigate the origin of the virus, which first emerged in China back in December.

“We can fight the virus better when we know everything about the virus, including how it started,” he said.

Scientists believe the virus jumped from animals to humans, possibly from a market in Wuhan selling exotic animals for meat. There have been several conspiracy theories since the virus first emerged, including that the deadly strain of coronavirus was leaked from a nearby lab.