1518 Dancing Plague: The Mania Where Hundreds Danced For Days To The Point Of Injury 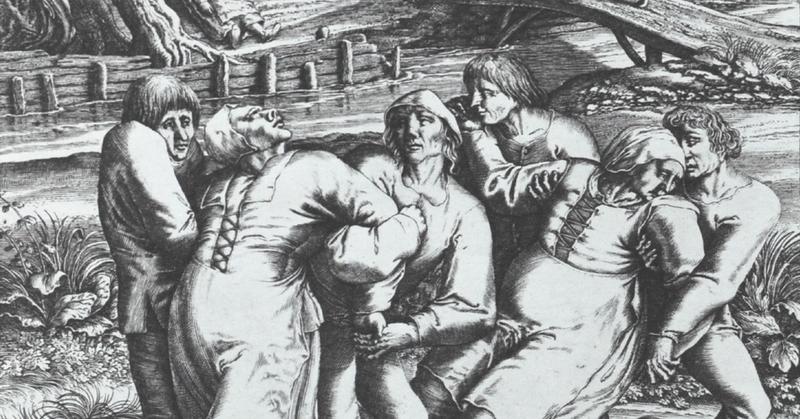 (Pieter Bruegel the Elder/Wikimedia Commons)
In 1518, one of the deadliest dance parties took place in Strasbourg, Alsace, when historians believe that between 50 and 400 people started dancing and didn't stop until they physically unable. At the time, local and religious leaders believed that the dancers were suffering from a religious fervor or a kind of spiritual curse, and it's still unclear what made these French villagers dance until they dropped. The manic dance party lasted for two straight months until it just stopped, as if someone switched off every villager, bringing the plague to a mysterious end.

It's believed that the dancing outbreak of July 1518 began when a woman named Frau Troffea stepped into the streets of Strasbourg and started doing a jig. This was no impromptu celebration: The woman couldn't stop dancing, stomping and prancing until her feet were bloody. She eventually collapsed from exhaustion, but her limbs continued to flail even as she sprawled on the ground. 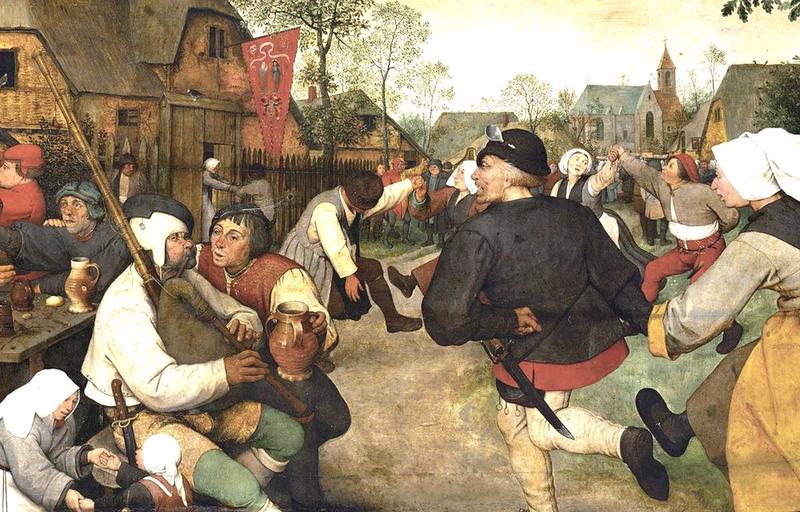 Following Troffea's one-woman dance party, more villagers (mostly young women) joined in, their numbers growing even as they began to fill infirmaries. The dancing epidemic lasted for close to two full months, during which time as many as 400 victims fell to the mysterious ailment.
At the time, officials concocted numerous far-fetched theories to explain what caused the villagers to dance until they dropped, most notably that they had "hot blood." The local magistrates thought that if they brought in more dancers to help everyone dance out their disco fever, they would all chill out. A stage was constructed, dancers were recruited, and a band was hired to play music for the afflicted and their new dance partners.
These additions didn't help—in fact, many of the dancers brought in started to drop from exhaustion as well. In September, as a last resort, the magistrates took the dancers to the top of a mountain, where they prayed for absolution in front of a shrine to Saint Vitus. The dancers were led around the shrine while wearing blood red shoes. The epidemic eventually just died out on its own. 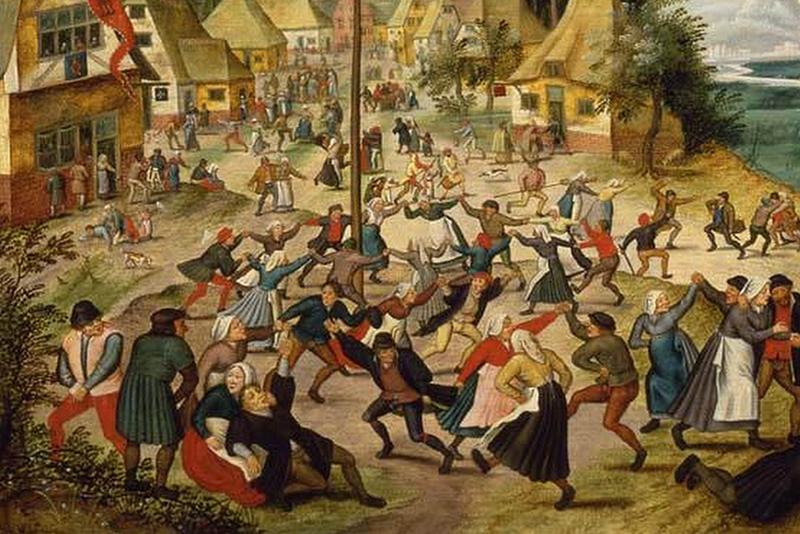 Why would so many people break out in months of endless dancing? One theory is essentially food poisoning. Some scholars believe that the villagers ingested grains that were teeming with the toxic and psychoactive chemical products of ergot fungi, which are similar to LSD. It certainly wouldn't be shocking if a bunch of medieval people experiencing altered perceptions and euphoric highs, without even Timothy Leary to guide them, had a mass freak-out. Ergot fungi is also believed to be the cause of the psychosis that led to the Salem witch trials.
Others believe the dancing plague was simply the result of stress-induced psychosis. Europe in the Middle Ages wasn't exactly a fun place to live, and many of the villagers were suffering from disease, starvation, and various other effects of poverty. Some of them took to dancing at the statue of Saint Vitus with the hope of protecting themselves and their loved ones, but that might have backfired, at least in their minds. It was believed that Saint Vitus could "inflict a terrible, compulsive dance," so worshipers may have simply feared themselves into a dancing plague, in the same way your nose just got itchy because of this sentence.
It could have also been an outbreak of Sydenham's chorea, a neurological disease that causes rapid, uncoordinated jerking movements in the hands, feet, and face. Interestingly known as "Saint Vitus's dance," it affects nearly 20% of people with rheumatic fever, and you could certainly mistake it for manic dancing if you didn't know what you were looking at. Today, it can be treated with penicillin, but in 1518, the villagers of Strasbourg just had to dance until they dropped.
Posted by free heip at 06:11