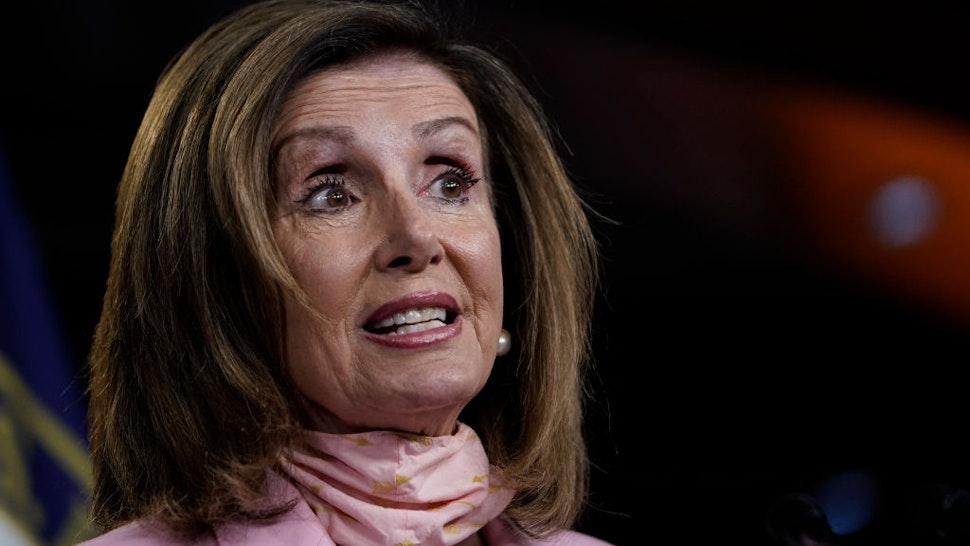 After President Donald Trump commuted the sentence of former adviser Roger Stone, Democrats went apoplectic.
On Saturday, House Speaker Nancy Pelosi (D-CA) said she would support a bill that would limit a president’s pardoning abilities. Stone had been sentenced to three years in prison for witness tampering and lying to Congress. He was also arrested in an infamous early morning bust with multiple armed police raiding the 67-year-old’s home as CNN filmed.
After commuting Stone’s sentence, the White House released a statement calling the former adviser “a victim of the Russia Hoax.”
“The collusion delusion spawned endless and farcical investigations, conducted at great taxpayer expense, looking for evidence that did not exist. As it became clear that these witch hunts would never bear fruit, the Special Counsel’s Office resorted to process-based charges leveled at high-profile people in an attempt to manufacture the false impression of criminality lurking below the surface. These charges were the product of recklessness borne of frustration and malice,” the White House statement read.
Pelosi and Democrats, however, want to make sure presidents can’t pardon allies, calling Trump’s actions “an act of staggering corruption.”
“Congress will take action to prevent this type of brazen wrongdoing. Legislation is needed to ensure that no president can pardon or commute the sentence of an individual who is engaged in a cover-up campaign to shield that President from criminal prosecution,” Pelosi said, as reported by The Times-Union.
The outlet noted, however, that such a bill would never become law with a Republican-controlled Senate and White House. “The bill would also likely face legal challenges were it to become law,” the Times-Union reported.
Trump had every right to pardon Stone, even if some don’t like it. Two former prosecutors – Brett L. Tolman and Arthur Rizer – penned an op-ed for Fox News saying Stone was “a relative bit player” sentenced to justify Robert Mueller’s special counsel investigation.
“The Stone prosecution is just the latest example of a well-documented phenomena: the way special prosecutors, desperate to justify their commissions, end up charging marginal players with tangential crimes — often related obstruction of the investigation itself,” the two wrote.
Journalist and author Andrew McCarthy, too, defended Trump’s actions and pointed out multiple pardons from Presidents Bill Clinton and Barack Obama that Democrats defended.
“President Bill Clinton pardoned his own brother for felony distribution of cocaine. And a key witness in the Whitewater scandal for which he and Hillary Clinton were under investigation. And three others convicted in independent counsel Ken Starr’s probe. And Marc Rich, in what was a straight-up political payoff. And his CIA director. And his HUD secretary. And eight people convicted in an investigation of his Agriculture Department,” McCarthy wrote.
“Obama also commuted the sentence of a U.S. soldier who passed top-secret information to WikiLeaks. He pardoned his former Joint Chiefs of Staff vice chairman, who’d been convicted of making false statements about a leak of classified information to The New York Times,” McCarthy added.
Posted by free heip at 10:09