Anxiety And Misdirection, Not Composure, Remain At The Helm Of The Pandemic 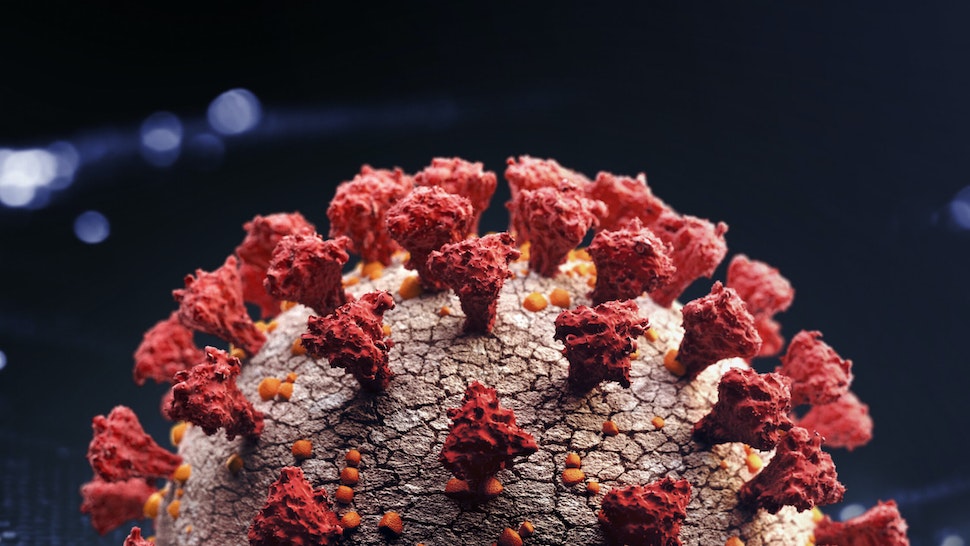 The pandemic remains a serious issue in America. It would be disingenuous to state otherwise. How serious, though, remains a bone of contention for many given the levels of obfuscation.
It seems much of the overarching narrative surrounding COVID-19 insists on either sanctifying anxiety or misleading us to some extent, rather than providing clarity and responding with composure.Recall Neil Ferguson’s Imperial College Model that predicted the death of millions. Ferguson’s model compelled lockdowns all across the world. While they were certainly necessary for a spell, Ferguson’s model was not only inherently flawed and proven incorrect, Ferguson himself defied the very lockdown he insisted upon.
As Kevin Dayaratna pointed out quite succinctly for The Heritage Foundation:

It is fundamentally important for models used in policy to be made publicly available, have assumptions clearly stated, and have their robustness to changes to these assumptions tested. Models also need to be updated as time goes on in line with the best available evidence.
Bottom line: The Imperial College model didn’t meet any of these criteria. And sadly, its model was one of the inputs relied on as the basis for locking down two countries.

While there still remains a paucity of data, the pandemic is also being politicized to exhaustion. When the BLM protests erupted for weeks upon weeks, the pandemic all but disappeared from the headlines. A little more than a month later, tremendous COVID-19 surges began occurring all across the country. The media adamantly refused to make any kind of connection between the surge and the protests.
NPR ran a piece insisting that parties and disdain for masks were the main culprits in the surge, not the protests. The Economist stated the same, even arguing that any concern over the possible spread of COVID-19 during the protests was tantamount to “scaremongering.”
The answer, unfortunately, is that we may never fully know how much massive nationwide protests contributed to the recent surges. According to The City, New York City mayor Bill DeBlasio explicitly instructed those conducting contact tracing to actively avoid asking anyone if they had attended a protest:

The hundreds of contact tracing workers hired by the city under de Blasio’s new “test and trace” campaign have been instructed not to ask anyone who’s tested positive for COVID-19 whether they recently attended a demonstration, City Hall confirmed…

It’s certainly not beyond the scope of reason to wonder if governors and mayors like Gavin Newsom, Gretchen Whitmer, and Eric Garcetti instructed their own contact tracers to follow suit.
Even more perplexing, many of the very epidemiologists involved in battling the pandemic allowed their own political misgivings to color their analyses. They had no problem scolding conservative anti-lockdown protestors for large gatherings. However, when it came to the BLM protests that were infinitely larger in scale, they did not voice any concerns.Catherine Troisi, an infectious-disease epidemiologist at the University of Texas Health Science Center, at the very least, admitted to her own inherently contradictory views.
She told The New York Times: “I certainly condemned the anti-lockdown protests at the time, and I’m not condemning the protests now, and I struggle with that…I have a hard time articulating why that is OK.”
The argument that protestors were maintaining social distancing, actively wearing masks, and using copious of amounts of hand sanitizer is woefully inaccurate. Even on the very front page of the BLM site there’s a young man clearly not wearing a mask.
Finally, how COVID deaths are being counted seems as contentious as ever. In April, Dr. Ngozi Ezike, the director of the Illinois Department of Public Health, stated in a press conference that, regardless of any comorbidities, if someone tested positive for the virus and died, it would be counted as a COVID death as reported by 25 News:

While such a statement doesn’t necessarily prove that the numbers surrounding COVID-19 are inflated, it ought to give all of us some pause regarding the data and information we receive on a daily basis.
Regardless, it’s hopelessly unfortunate that there remains little to no open discussions about the pandemic and our continued response to it. Any counterpoint or question, no matter how reasoned or insightful, is bludgeoned into silence online and elsewhere. One is simply forced to cede to the many dogmatic overtures presented to us or be vilified into silence.
Posted by free heip at 02:27