Disneyland Opens For The First Time To The Public In 1955 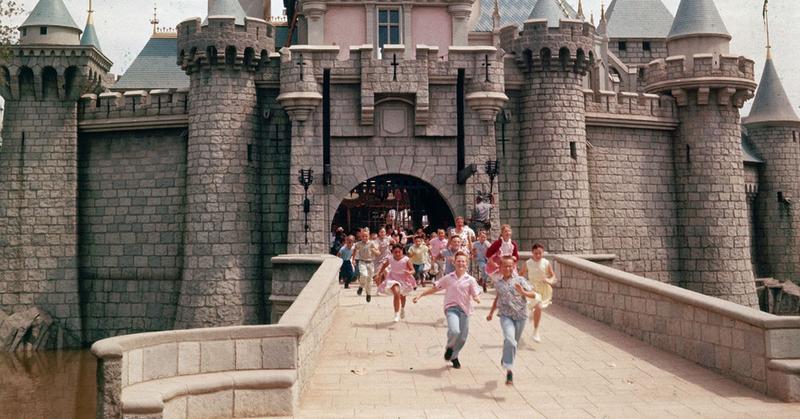 On July 17, 1955, Walt Disney brought to life characters that children had only seen on the silver screen. With Disneyland, Uncle Walt didn't just create a space inspired by his animation but an entire world where new adventures could be had every day. The road to opening Disneyland was long and full of narrowly averted disaster, but it was worth it. The opening day featured some of the park's most well known attractions, rides that have gone by the wayside, and plenty of mishaps, but it was the beginning of something magical.

In the 1950s Disney was firing on all cylinders. Cinderella, Alice In Wonderland, and Peter Pan were all released within the first three years of the decade, and Walt was starting to think about expanding his empire. Letters poured into the studio begging for tours of the company, but what would people enjoy about seeing an animation studio?
After visiting Griffith Park with his daughters, Disney had an idea. What if Disney were a more fantastic place than a film studio? What if it were a place that children and adults could enjoy together? Walt traveled the world to inspect some of the biggest and most accommodating theme parks, including Tivoli Gardens in Copenhagen as well as Playland and Children's Fairyland, both in California.
On his travels, Disney came to the conclusion that his park should be, above all, clean and family-friendly. In 1952, he received zoning permission to start building Disneyland right in the heart of Burbank. 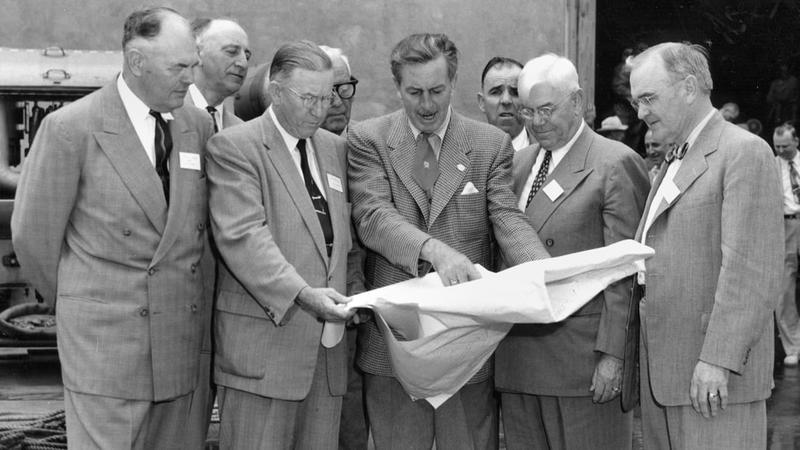 
From Burbank To Anaheim

It turned out that Burbank was way too small to host a giant theme park that was already scheduled to expand before it was even under construction, so rather than scrap the plans, Disney decided to move the park 35 miles south to a 160-acre plot in Anaheim. Construction on the park began in July 1954, but the expanded area meant a higher cost for the park's production. Initially projected at just over $1 million, the price skyrocketed to $17 million, the equivalent of around $130 million today. To secure financing, Disney had to partner with the new TV network ABC, a partnership that's proved advantageous to this day. At the time, their involvement was just enough to keep the park afloat, and it allowed for some interesting press on opening day. 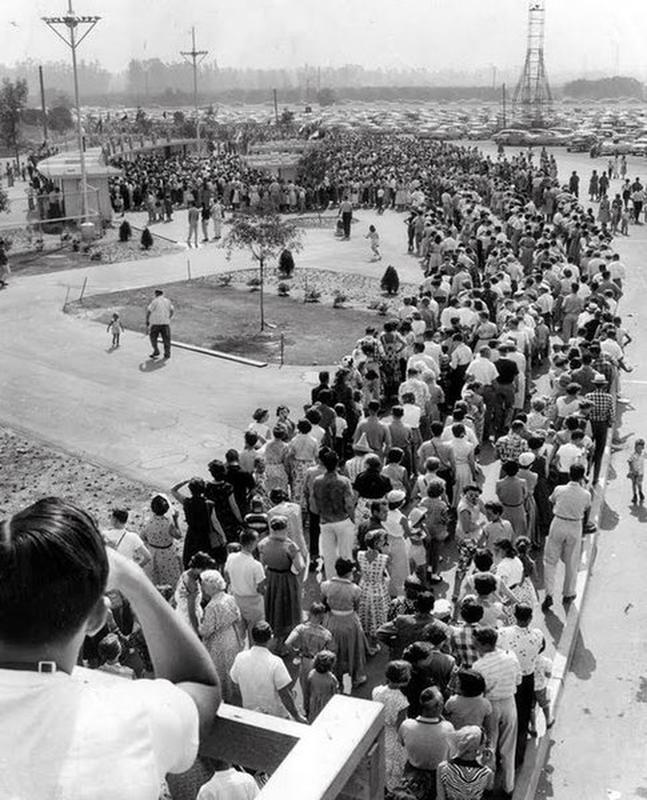 
Pandemonium In The Park

On July 17, 1955, Disneyland opened its doors only to specific guests and the media. The security standards of 1955 were pretty lax, however, so if you wanted to get into Disneyland, you could make it happen. It helped that at least some of the 15,000 people who received tickets in the mail were apparently in the counterfeiting business. Armed with their fake tickets, at least 28,000 people showed up to the gates for the park's opening day.
They needn't have bothered. Plenty of people who didn't have tickets, legitimate or otherwise, managed to get into the park simply by scaling the wall. One man brought a ladder to Disneyland on opening day and charged people $5 for a boost into the Magic Kingdom. 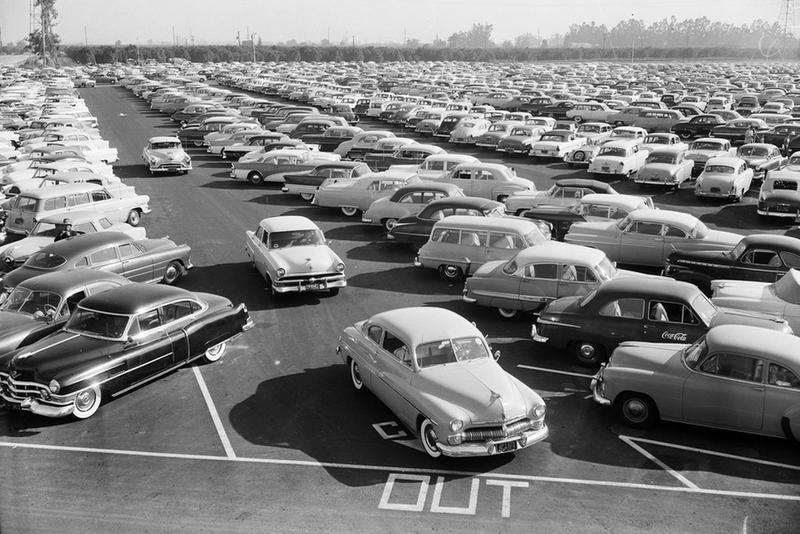 Traffic is a mess no matter where you go in Southern California, but if you're anywhere near Disneyland, get cozy: You're not going anywhere anytime soon. Even by those standards, however, traffic was especially bad on July 17, 1955. The Santa Ana Freeway was backed up seven miles, and with temperatures topping out at around 100 degrees, guests were baking alive in their cars.
It's not like the state government didn't see this coming. During Disneyland's construction, they added two lanes to the freeway in preparation for the added traffic, but they turned out to be woefully inadequate. That day, the road to Disneyland was nothing more than a parking lot. 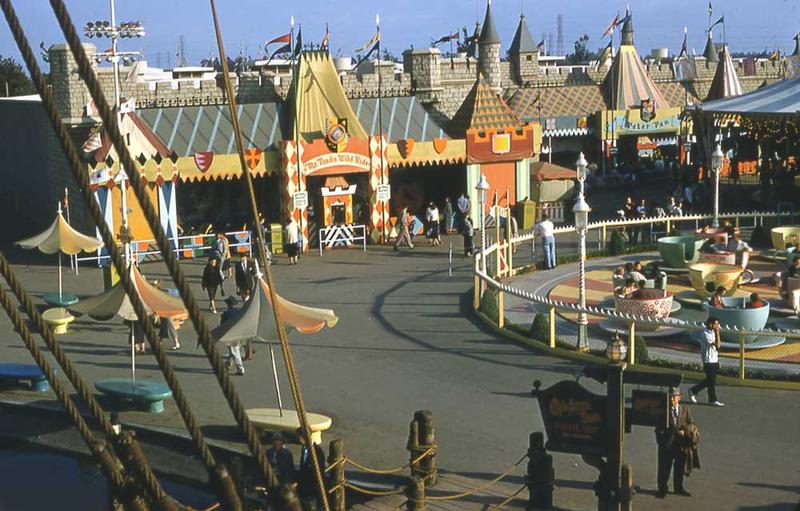 It's not entirely clear why Disneyland had to open one year and one day after construction began, but all evidence points to Disney pushing to open as quickly as possible so he could start making his money back on the investment that many labeled "Walt's Folly." As a result, visitors who survived the traffic jam and made it into Disneyland were greeted with what was essentially a half-functioning theme park. Most of the water fountains were out of operation, and because of the thousands of extra people who showed up, concessions were running low. There were weeds everywhere, and children who were excited to ride the Rocket to the Moon, Peter Pan, and Dumbo the Flying Elephant attractions were told to come back another time when the rides were functioning. 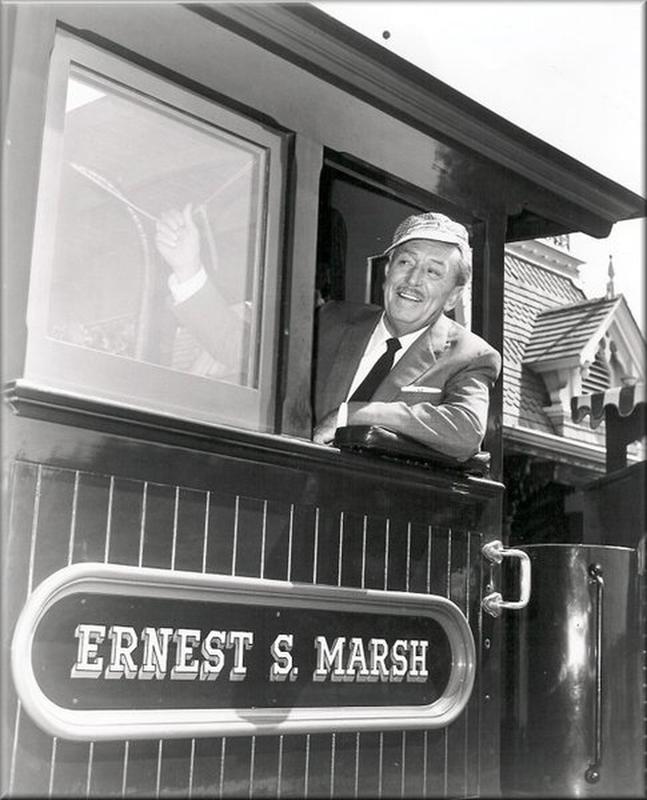 Even though the rides based on some of the most popular Disney films were yet to be finished, there was plenty of stuff to do on Disneyland's opening day. It's just that a lot of it was fairly dangerous.
Frontierland's Mark Twain Riverboat, for example, is supposed to be a relaxing ride down a man-made river, but on Disneyland's opening day, so many people crowded the ride that it strained under their weight and went off its tracks into the mud. When the ride was reset and the riders were returned to "shore," they rushed to get off the boat and only ended up tipping it over.
Some attractions malfunctioned all on their own, though. A gas leak in Sleeping Beauty's Castle caused a small fire in the attraction, and Fantasyland had to be shut down briefly. No one was hurt, but it wasn't an auspicious beginning. 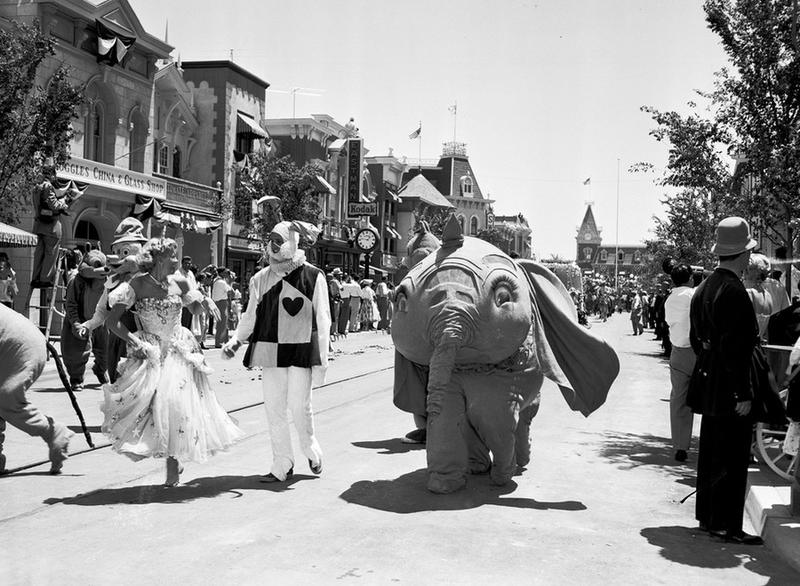 You can actually experience the magic of the disaster of Disneyland's opening day for yourself thanks to the wonders of technology. Disneyland's opening day was filmed by ABC for a one-and-a-half-hour special to promote the park, featuring celebrities like then-actor Ronald Reagan, Frank Sinatra, and Sammy Davis, Jr. If anything, the event only added to the chaos: Sound cables running across the park constantly tripped visitors, and the hosts of the program, Art Linklater and Bob Cummings, were a mess. Linklater did his best to keep things on track, but at one point, Cummings was filmed making out with a dancer, and hot mics caught all kinds of strange asides.
It could have been a multimillion-dollar catastrophe, but after that calamitous opening day, Disneyland miraculously turned it around. Seven weeks after the disastrous opening, one million people had visited the park, and the numbers kept increasing. Apparently, it really is the most magical place on Earth.
Posted by free heip at 07:20