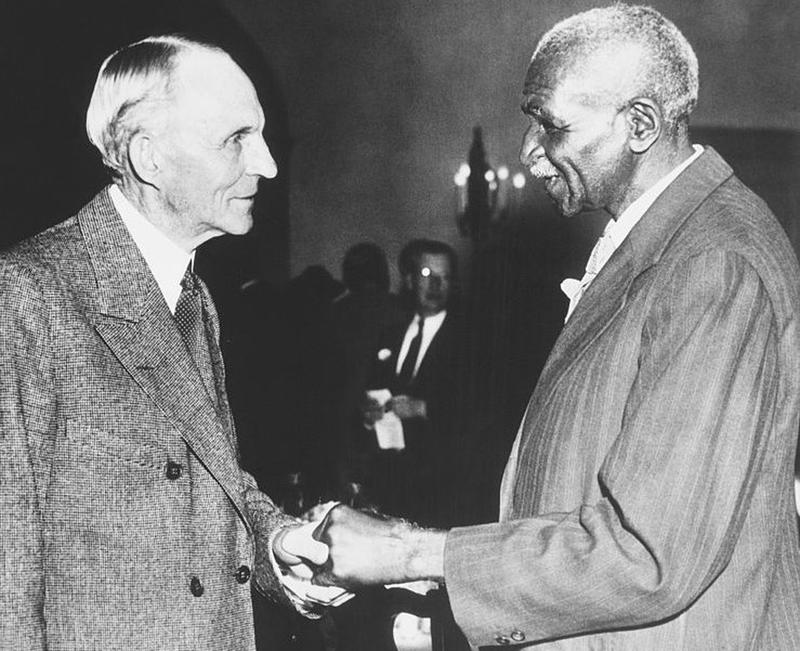 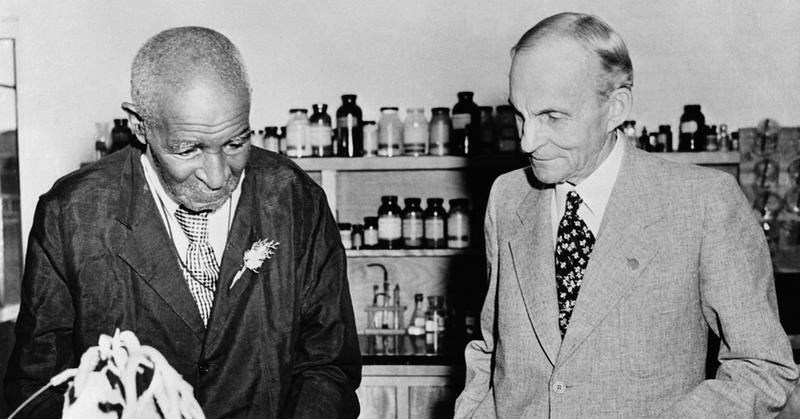 George Washington Carver and Henry Ford had a lot in common. (Getty Images)

George Washington Carver, a renowned botanist, educator, and agriculturalist, was nearing the end of his life on July 19, 1942 when he partnered with his friend, famed industrialist Henry Ford. Carver is known for his work with peanut plants (though, contrary to popular belief, he did not invent peanut butter), while Ford is best remembered for creating the assembly line that made the mass production of the automobile possible. It may seem like an odd and unlikely friendship, but it led the two leaders of their respective fields to collaborate on joint projects. 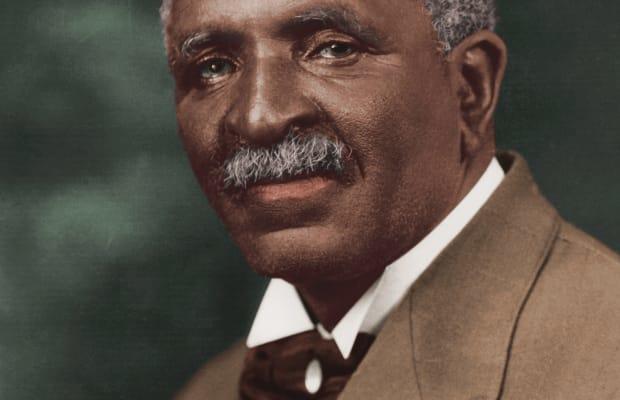 
Who Was George Washington Carver?

George Washington Carver was born around 1864 on the Missouri farm of Moses Carver. His parents were slaves owned by Carver, but after they were kidnapped and sold several states away, Carver adopted George and his brother, James. Moses Carver's wife, Susan, proved an able tutor, and George developed into a curious student, but he struggled to secure a good education as a black boy in post–Civil War America. Initially denied admission to a university in Kansas, he became the first black student at Iowa State Agricultural College. From there, he helped found the Tuskegee Institute in Alabama and devoted his life to promoting the peanut industry in the South. 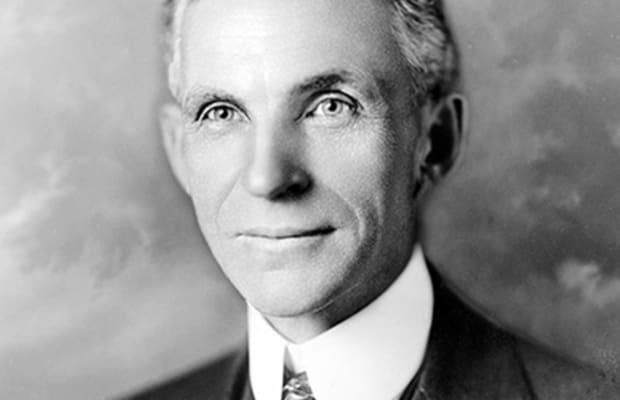 
Who Was Henry Ford?

As an industrialist and business mogul, Henry Ford dabbled in many pursuits, but he is best known as the founder of the Ford Motor Company. Using his innovative assembly line process, Ford made the automobile affordable to middle-class Americans. He was also an early environmentalist determined to reuse as much waste material from his factories as possible, forming—among other businesses—Kingsford Charcoal in in the process. 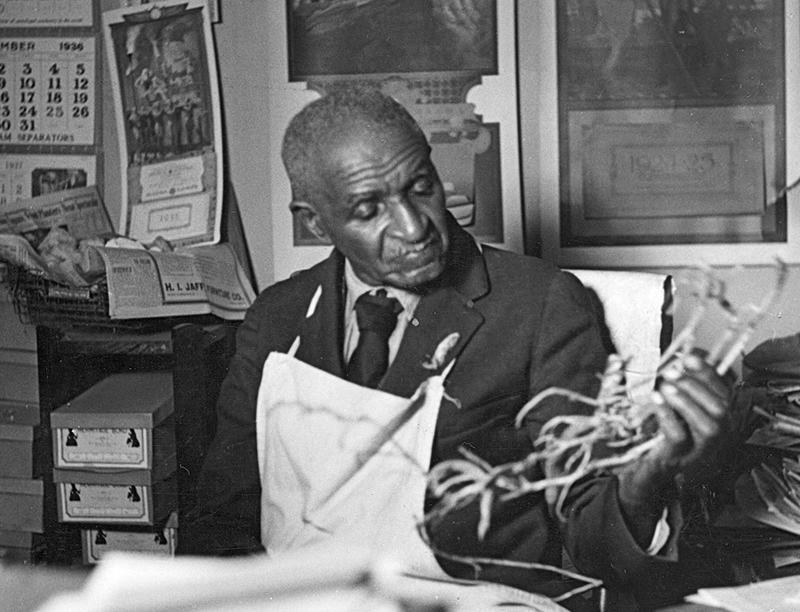 Carver knew that soil depletion was a serious problem from farmers. (Britannica)

Both Carver and Ford shared an interest in preventing and repairing soil depletion. Some common crops, like corn and wheat, pulled too many nutrients from the soil, which stunted subsequent crops. Carver sought to educate farmers about crop rotation and planting alternative crops, such as peanuts, which replenished the nutrients in the soil.
Carver and Ford wrote to each other for a few years before they met in person. (Getty Images)

Ford closely followed the work being done by George Washington Carver, excited by Carver's findings that different crops had soil regenerative properties. Carver also experimented with different types of products made from peanuts, another area of interest for Ford, who hoped that products like paints, fuel, and plastics could be derived from plants such as peanuts and soybeans in the future. He to Carver in 1934, and the two inventors struck up an unlikely friendship via the postal service and maintained their correspondence for several years. Ford even donated money to the Tuskegee Institute. 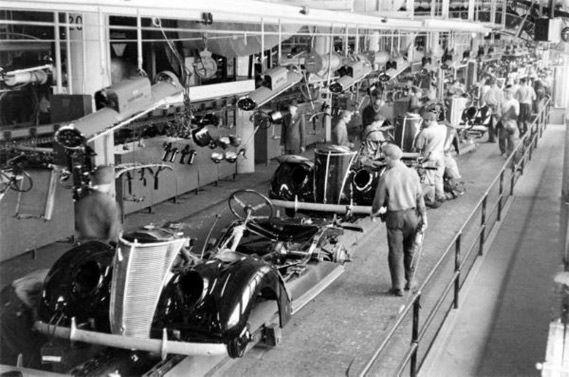 In 1937, when both Carver and Ford were in their early seventies, they met in person for the first time. At Ford's invitation, Carver traveled to Michigan to tour Ford's factories and discuss their shared interests. In person, just as in their written correspondences, Carver and Ford hit it off. Ford even asked Carver to evaluate his crops at his Ford Plantation in Georgia to offer suggestions for maximizing production while maintaining eco-friendly standards. 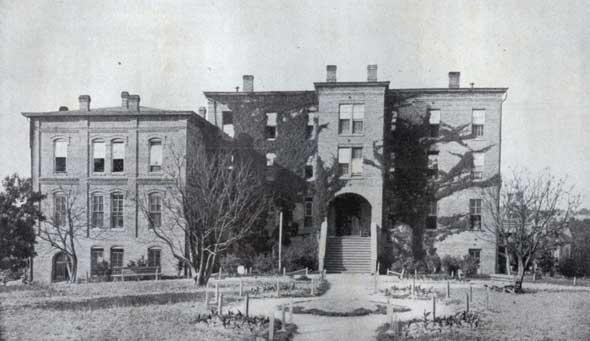 After their initial meeting, Ford traveled to Alabama several times in attempts to recruit Carver to work for him at his Dearborn, Michigan headquarters. Once World War II broke out and the U.S. experienced a wartime shortage of rubber, Ford wanted Carver to help him create a plant-based alternative to the stretchy stuff. Carver finally agreed to work with Ford, in part because he wanted to help the war effort. 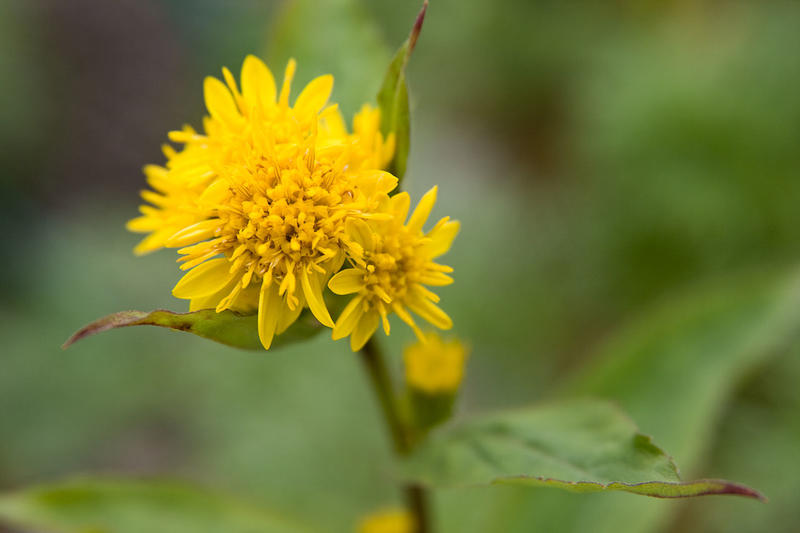 George Washington Carver arrived in Dearborn on July 19, 1942 to join Henry Ford on a series of experiments. The two friends set up a workspace and laboratory in downtown Dearborn in a building that once held a waterworks, where they tested a number of plants with the hope of producing a rubber substitute. They tried out everything from from soybeans to sweet potatoes to dandelions, but they finally struck gold, as it were, with a common weed called goldenrod. 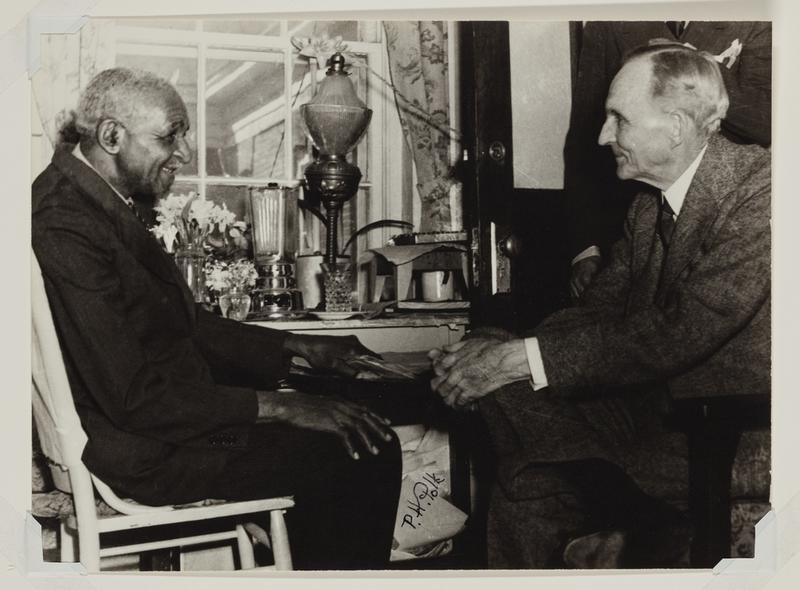 Both men with in their seventies when they collaborated. (Prentice H. Polk)

Sadly, the collaborative efforts of Carver and Ford were short lived. Carver died less than one year later, on January 5, 1943, after falling down a flight of stairs at his Alabama home. He was buried on the grounds of the Tuskegee Institute. A few years later, in April 1947, Ford died as well. We'll never know what other innovations their partnership might have given the world if only they'd been given more time.
Posted by free heip at 07:48