Helen Keller: What You Didn't Know About The Outspoken Socialist 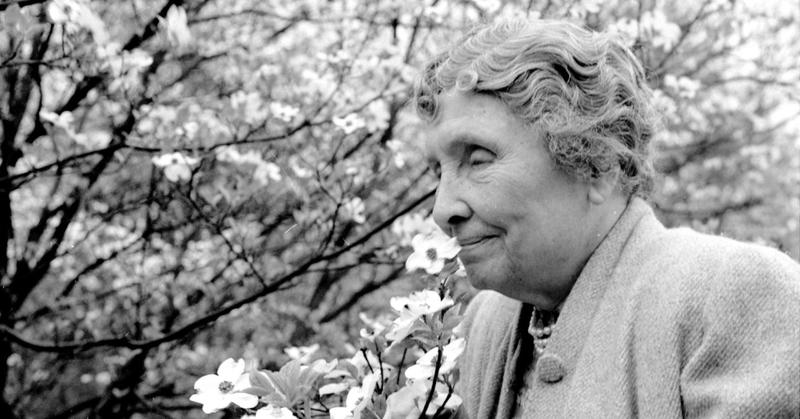 Helen Keller on her four-acre estate near Westport, Conn. (David McLane/NY Daily News Archive via Getty Images)
Today, Helen Keller's name is synonymous with overcoming obstacles. The story of the blind and deaf child's struggle to learn to communicate with the help of a dedicated teacher is a famous one, but there was much more to Helen Keller than her disabilities. She was, among other things, an Oscar-winning socialist world traveler and dog lover who hobnobbed with celebrities, cofounded the American Civil Liberties Union, and inspired a Bollywood movie. 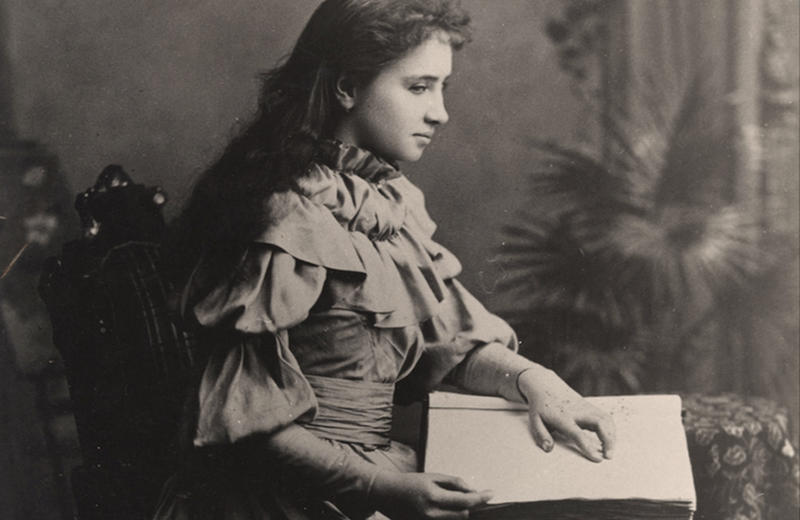 Helen Keller was a student at the Perkins Institute for the Blind, where she learned to read Braille. (perkins.org)

When Helen Keller was born on June 27, 1880, she was a healthy, thriving infant who could hear and see. When she was just over a year and a half old, however, Keller contracted an unknown illness that robbed her of her sight and hearing. This was not unheard of during that time. Many children suffered vision or hearing impairments following severe illnesses, most likely due to uncontrolled fevers. 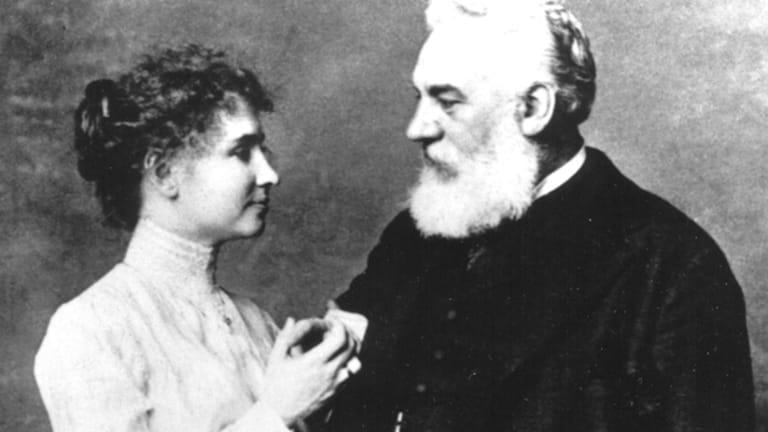 Alexander Graham Bell, inventor of the telephone, was a friend of the Keller family. (biography.com)

Keller was rubbing shoulders with the intellectual elite well before she joined their ranks. In fact, it was through the efforts of Alexander Graham Bell, the inventor of the telephone, that the Keller family was introduced to the Perkins Institute for the Blind, where they met a young, innovative teacher named Anne Sullivan. When Keller wrote her autobiography, The Story Of My Life, she dedicated it to Bell.
Keller was already well on her way to literary greatness by the time she met Mark Twain at a mutual friend's luncheon in 1895. The creator of Tom and Huck was so impressed with Keller that he arranged for the financing of her studies at Radcliffe College, enabling her to become the first blind and deaf person to earn a bachelor of arts degree. 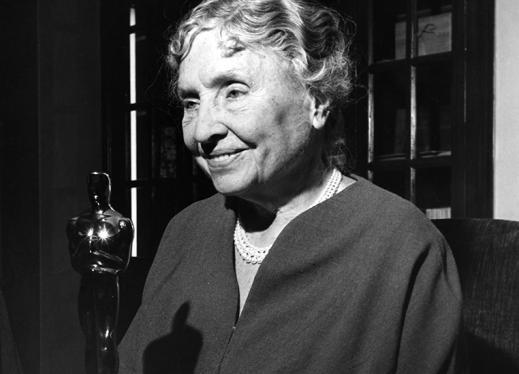 Helen Keller with her Oscar. (perkins.org)

Keller's life has been adapted for the screen multiple times, most famously resulting in 1962's The Miracle Worker. That iconic masterpiece, based on the 1959 Tony Award–winning play of the same name, won numerous Academy Awards, but it was a 1956 documentary called The Unconquered: Helen Keller In Her Story that earned Keller her own Oscar for Best Documentary. Together, the two films made Oscar history: Keller became the only person to win an Oscar for appearing as herself in documentary and to be played by an actress who won an Oscar for her performance. Additionally, Patty Duke (the actress in question) became the only Best Supporting Actress winner to earn the Oscar for a role in which she only spoke one word: "Water."
Keller's cinematic impact has even crossed cultural boundaries. In 2005, Sanjay Leela Bhansali was inspired by Keller's autobiography to direct the Bollywood movie Black, the fictional story of a young blind and deaf girl named Michelle who learns to navigate the world around her thanks to her loyal and inspirational teacher. 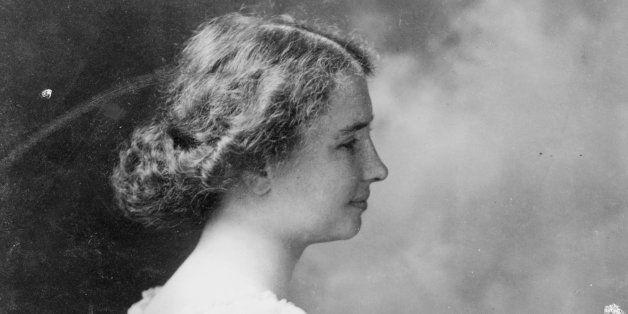 Keller's family refused to allow her to marry. (huffpost.com)


Keller Found Love In Her Thirties, But Her Family Forbade It

Sullivan took an active role in Keller's daily life for decades, up to and including keeping potential suitors away. In those days, it was frowned upon for a disabled person to marry, so Sullivan and Keller's parents firmly discouraged any gentlemen they feared would take advantage of their celebrity charge.
In 1916, however, Sullivan fell ill with tuberculosis, giving her no choice but to leave Keller alone with the 29-year-old former reporter for the Boston Herald who was hired to fill in as Keller's secretary. Very quickly, the 36-year-old Helen and her temporary secretary, who was named Peter Fagan, fell in love. The couple applied for a marriage license and tried twice to elope, but they were thwarted by Keller's family both times. On the eve of their second attempt at a wedding, Keller was left waiting all night on her porch for Fagan, who never came for her, perhaps because he was threatened by the Keller family. 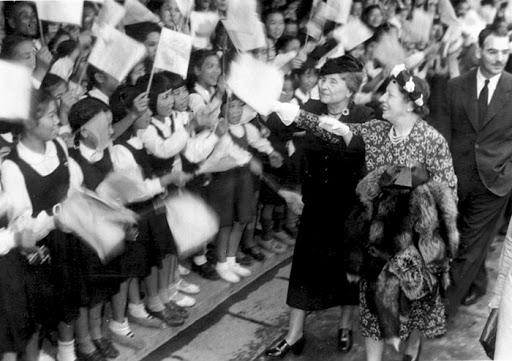 As she grew older, Keller dedicated her life to disability activism, raising money for and awareness of the plight of the disabled. Her work as an advocate took her around the world—39 countries on five continents, to be exact. Travel agreed with her: At the age of 75, Keller embarked on a five-month tour of Asia and enjoyed every minute of the grueling journey. 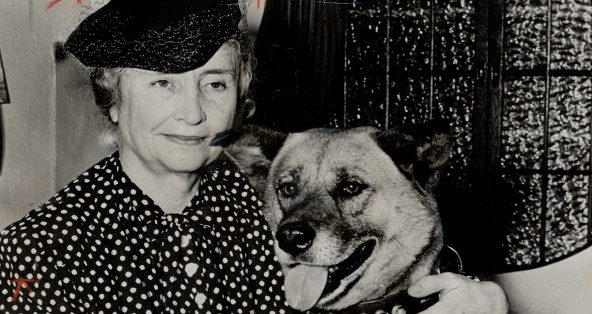 Keller and her beloved Akita. (deafniche.com)


She Introduced Americans To A Japanese Dog

Keller was an avowed dog person, always keeping a dog or two as a companion. During one of her several trips to Japan, a Japanese police officer named Ichiro Ogasawara presented Keller with an Akita, a breed that was unknown to her and most Americans. She loved the smart, friendly pooch, and after bringing the dog to the United States, Akitas became a popular breed in the country. 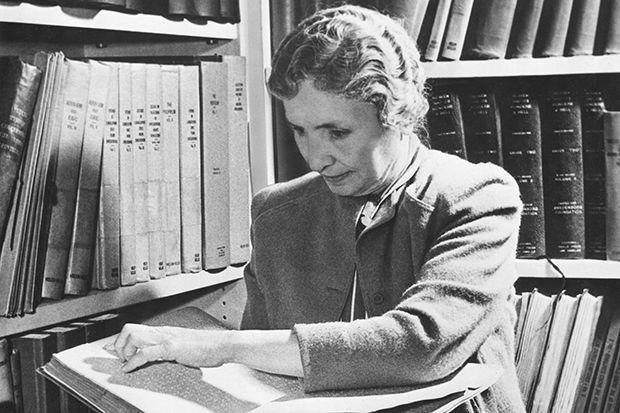 The FBI had Keller under surveillance. (historydaily.org)


She Had Radical Political Views

Keller was an unabashed socialist, believing it was the obligation of the government to ensure the equal distribution of wealth and support for the less fortunate. She also pushed for worker solidarity and penned numerous articles and essays in support of the socialist agenda. In fact, her writings were so radical and controversial that she was under FBI surveillance for a while there. In 1933, the Nazi Party publicly burned a collection of her writings.

In addition to her support of socialist causes and disability awareness, Keller was a prolific war protester, participating in demonstrations against U.S. involvement in World War I, World War II, the Korean Conflict, and the Vietnam War. She was also a staunch supporter of women's suffrage, birth control, and the National Association for the Advancement of Colored People (NAACP). In 1920, Keller became a cofounder of the American Civil Liberties Union (ACLU). 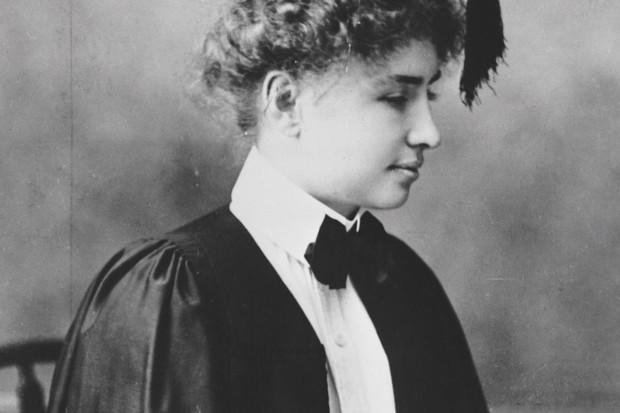 For her courage and perseverance, Keller received numerous awards in her lifetime. (historyrevealed.com)

In 1964, Helen Keller was awarded the Presidential Medal of Freedom, the highest honor that can be bestowed on an American civilian. President Lyndon B. Johnson announced the award on September 14, 1965.
Posted by free heip at 06:17