King George III's Statue: Beheaded And Melted It Down For Bullets In 1776

(New York Historical Society)
On March 21, 1770, an awe-inspiring statue of King George III was installed on a small patch of land called Bowling Green, right on the southern tip of Manhattan Island. Sculpted by Joseph Wilton, the statue was commissioned by the New York General Assembly four years earlier and meant to remind people living in the colonies that King George was their graceful, thoughtful leader. By 1776, however, the winds had changed on George. Following a reading of the newly written Declaration of Independence, New Yorkers decided that they wouldn't tolerate a statue dedicated to a tyrant, pulled the monument from its pedestal, and proceeded to melt it down to make musket bullets.

The Likeness Of King George

When the statue of King George III was commissioned, George wouldn't stand for any old statue. He wanted it to be inspiring. Following these instructions, Wilton modeled King George after the statues of Marcus Aurelius, specifically the gestures made by the leader as well as his clothing, with the hope that the colonists would view George as having the same qualities as the Roman emperor.
The statue made George look superhuman. Not only was this depiction of George larger than a normal person, it shined silver and gold in the sunlight. Lieutenant Isaac Bangs described the statue:

Near the Fort, is the Equestrian Statue of King George ... The Man is represented about 3 feet larger than a natural Man; the Horse, in proportion, both neatly constructed of Lead gilt with Gold raised on a Pedestal of White Marble, about 15 feet high, enclosed with a very elegant Fence about 10 feet high; the enclosure was oval. 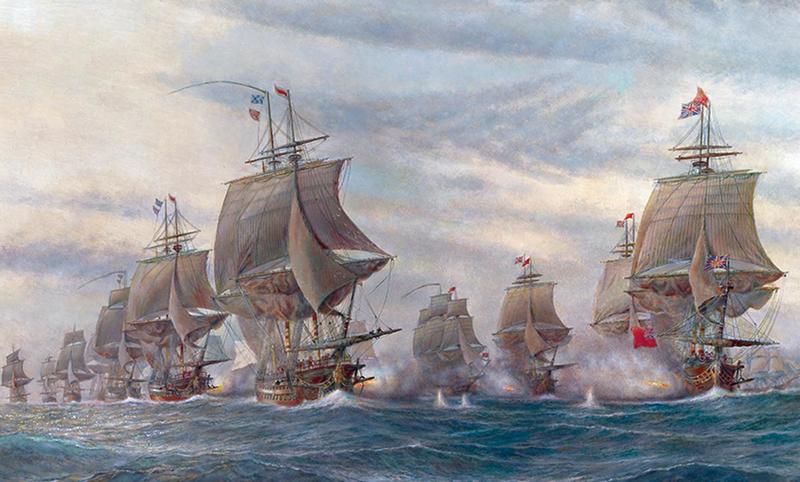 
The Tides Of War

As relations between the colonists and England became increasingly testy, frustrations continued to mount stateside. Between 1774 and 1776, King George III basically begged the colonies to go to war by passing the Coercive Acts, the Quebec Act, the New England Restraining Act, and the Prohibitory Act while refusing to address any of the colonists' grievances with British rule.
Tensions mounted after a fleet of British warships dropped anchor in the New York Bay on June 29, 1776, a sign that a lengthy and bloody battle was all but certain. By July 2, British troops were making their way across Staten Island as small fire fights broke out between separatists and the military. 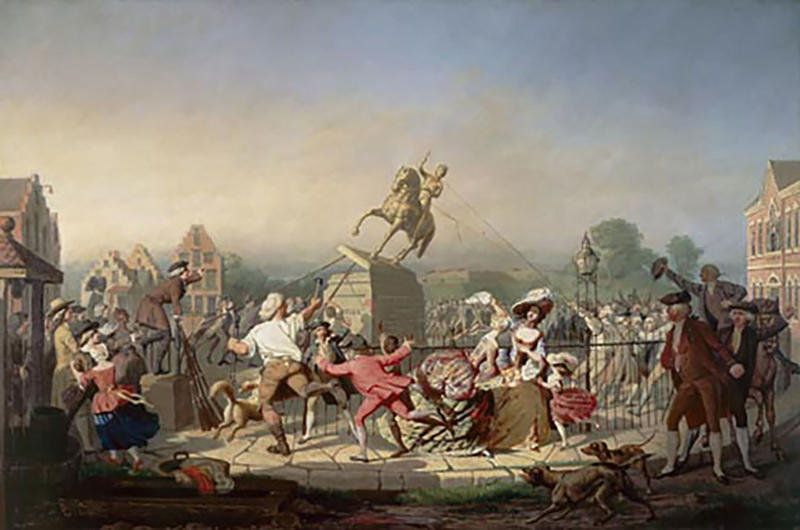 
Bring Down The Statue

On July 4, 1776, the Continental Congress voted to declare itself independent from England. Five days later, George Washington brought a copy of the Declaration of Independence to New York, where he read it aloud to his troops and any citizen who could hear. Following the reading, Thomas Jefferson spoke to the crowd and listed 27 grievances that he had with the king, concluding that "a prince whose character is thus marked by every act which may define a tyrant is unfit to be the ruler of a free people."
Inspired by these words, a mass of people—soldiers and everyday colonists alike—made their way to Bowling Green, where they ripped down the statue of George III. During the stunning event, the mob managed to remove the statue's head, cut off its nose, and impale it on a spike outside of a tavern. This was just the beginning of the rebellion.

Colonists melted down the statue 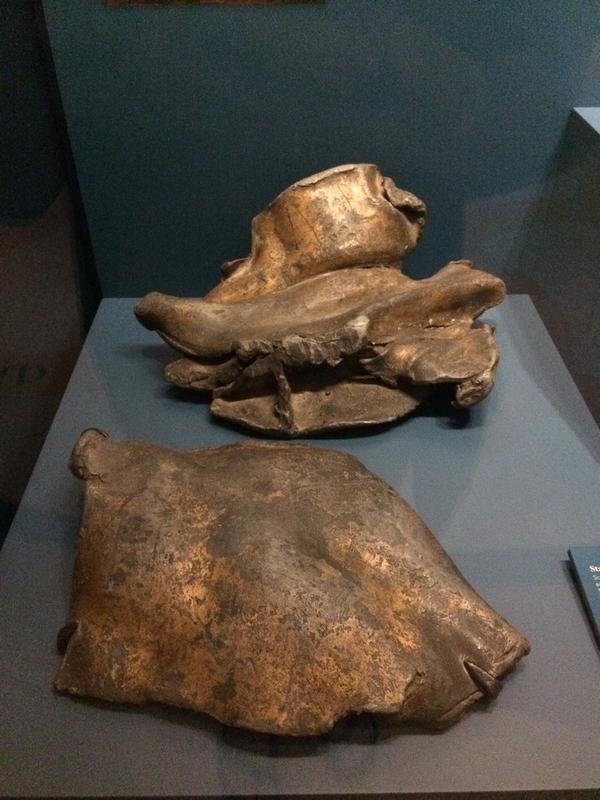 Simply tearing down the statue and defacing it in various ways didn't quite satisfy the colonists. They didn't want to waste all that lead—two tons of it—but whatever practical use they made from it, it needed to have a certain flair, too. They landed on melting down the lead to make musket balls for upcoming battles with the British. They would literally use the enemy's leader against them.
Following the post–statue felling celebration, the statue was broken up, and the fragments were loaded onto a boat to Norwalk, Connecticut and finally brought to a foundry in Litchfield, where they were melted down and turned into fuel for the revolution. The plan mostly went off without a hitch, but not everyone in the colonies was a happy that a statue of King George III was being turned into firepower. Job Burlock and a group of loyalists followed the statue to Litchfield, and when the men who escorted the loot to the foundry took a break for the evening, Burlock and his men robbed the carts and buried whatever they could salvage in Wilton, Connecticut. Still, they couldn't steal the whole thing. 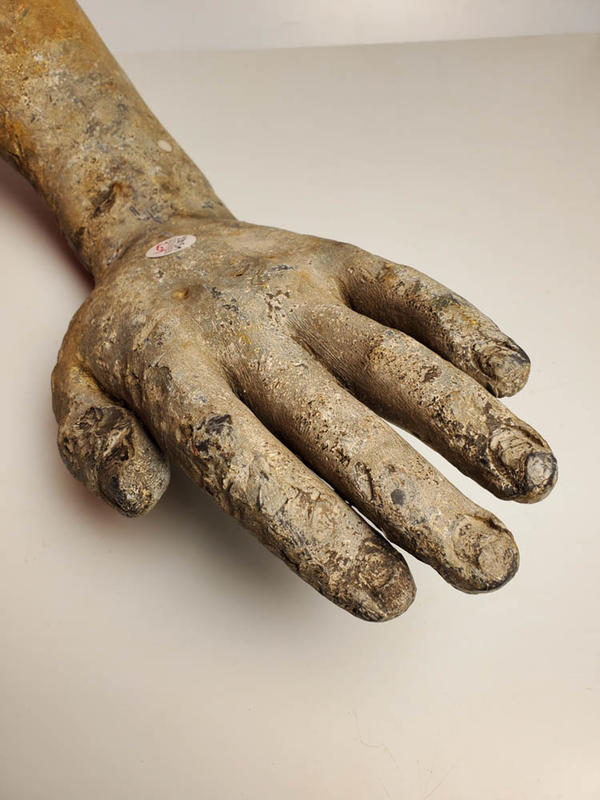 Once the 42,088 musket balls made from the statue of King George III were spent, everyone thought that was pretty much the end of it. However, in 1991, a Wilton resident discovered a 21-inch lead hand and forearm while digging in their garden. It's not 100% certain that the arm is from the statue, but X-ray fluorescence analysis matched it with other pieces of George that have been certified. Parts of the horse's saddle and tail, scraps of the cloak, and a whole leg have been discovered in the area as well.
They were distributed to the New York Historical Society, the Wilton Historical Society, the Museum of Connecticut History, and the Museum of the American Revolution, but the statue of King George III keeps popping up in the strangest of places. In 2015, a musket ball recovered in 1990 was found to likely be one of those made from the statue. Eight more musket balls that were discovered in Monmouth Battlefield State Park have also been tied to the drippy wonder. Even though it's been torn down, beheaded, and melted into 42,000 pieces, this monument to a king's ego has managed to last well into the 21st century.