Mad Maxine: We’re Going After Trump’s Tax Returns Even If He Loses 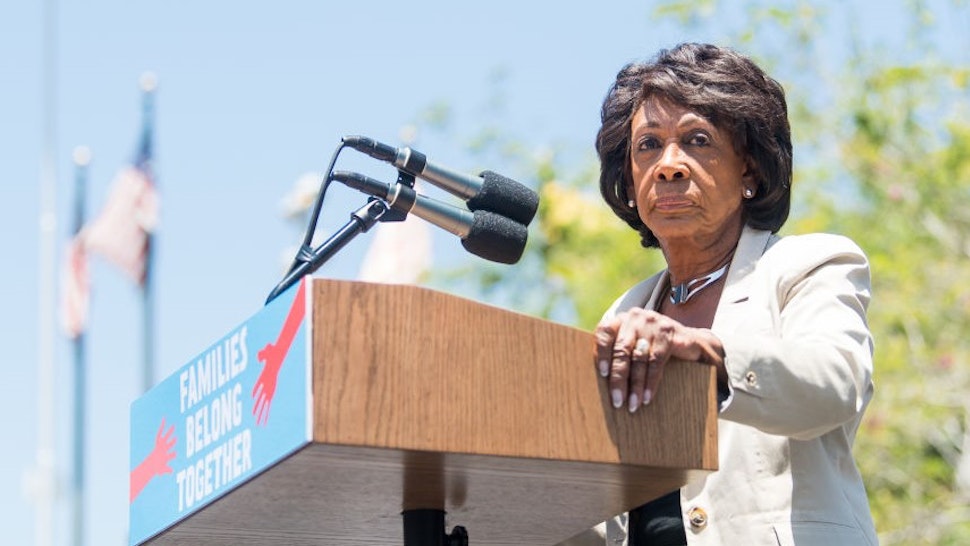 Rep. Maxine Waters (D-CA), who started talking about impeaching President Trump even before he officially took office, now says Democrats plan to pursue him even after he leaves office.
The California Democrat said she and others in the party “absolutely” will go after Trump’s tax returns, even if he loses the November election.
“We’re committed to our mission,” Waters, the chairwoman of the House Financial Services Committee, said in an interview with National Public Radio. “We have the oversight responsibility as the Financial Services Committee in Congress, and we will not walk away from this. We will continue to do our work.”
“As I have said, we believe that there are issues involved, you know, related to money laundering … and some other kinds of things that certainly this president would have to answer to whether or not he’s still the president or not,” Waters said.
On Thursday, the Supreme Court voted 7-2 against Trump in a case over whether the president could keep his tax records from the Manhattan district attorney’s office, which had issued a subpoena to Trump’s accounting firm for his personal and business records, including his tax returns, dating back to 2011. Trump had sued to block the subpoenas and claimed that he had an “absolute immunity” as president.
But Chief Justice John G. Roberts Jr., writing for the majority, rejected that claim. “We reaffirm that principle today and hold that the president is neither absolutely immune from state criminal subpoenas seeking his private papers nor entitled to a heightened standard of need,” Roberts wrote.
“Two hundred years ago, a great jurist of our Court established that no citizen, not even the President, is categorically above the common duty to produce evidence when called upon in a criminal proceeding. We reaffirm that principle today and hold that the President is neither absolutely immune from state criminal subpoenas seeking his private papers nor entitled to a heightened standard of need,” the chief justice wrote.
Justices Brett Kavanaugh and Neil Gorsuch joined the majorities in the rulings.Trump noted on Twitter that “The Supreme Court sends the case back to Lower Court, arguments to continue. This is all a political prosecution. I won the Mueller Witch Hunt, and others, and now I have to keep fighting in a politically corrupt New York. Not fair to this Presidency or Administration!”
After special counsel Robert Mueller concluded his investigation into allegations that Trump or members of his campaign colluded with Russia to alter the outcome of the 2016 election — finding no wrongdoing — Waters pledged to continue the hunt.
“This president has a way of trying to get into people’s heads and indoctrinate them,” she said. “He’s going try to conclude that this report is proof that there is no collusion and you have a lot of his sycophants who will take the nod from him and they’ll say the same thing.”
“This is not the end of anything. Well, it is the end of the report and the investigation by Mueller, but those of us who share these committees with our oversight because there is so much that needs to be taken a look at this point. It is not the end of everything,” said the 80-year-old Democrat who has served nearly 30 years in Congress.
Posted by free heip at 10:13