Nelson Mandela: Facts And Stories You Didn't Know About The Beloved Revolutionary 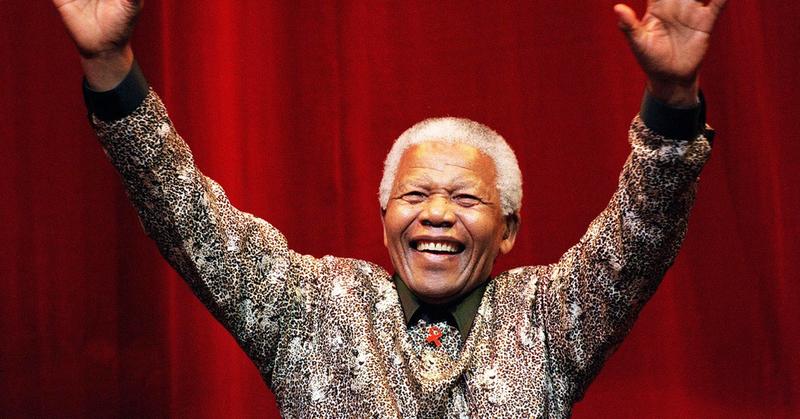 Nelson Mandela waves to the crowd after speaking at the Colonial Stadium for the World Reconciliation Day Concert, September 8, 2000 in Melbourne, Australia. (Hamish Blair/Liaison)
Happy birthday, Nelson Mandela! The anti-apartheid activist, Nobel Peace Prize–winner, and first black president of South Africa would have turned 102 years old today had he not passed away in 2013. A beloved figure in his native South Africa and around the world, Mandela spent 27 years as a political prisoner but never wavered from his conviction that racial segregation and discrimination was wrong. His politics were simply one facet, however, of one of the most interesting and complex figures of the twentieth century. 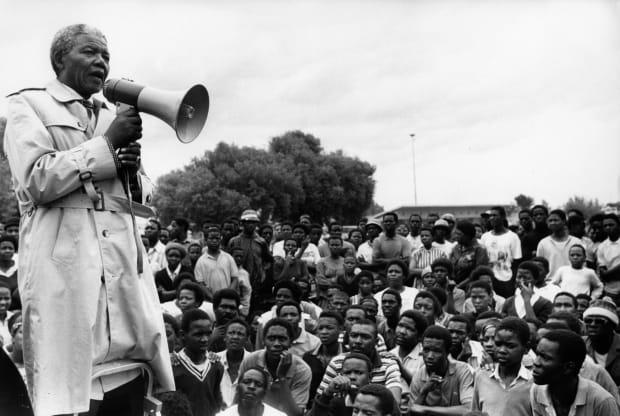 When Nelson Mandela was born in the South African village of Mvezo on July 18, 1918, his parents named him Rolihlahla Mandela. In the native language of the region, Xhosa, Rolihlahla translates loosely to "troublemaker," perhaps a prophecy of the political agitation he'd become famous for. It was a teacher at the village's small elementary school who named him Nelson. At that time, it was customary for young African schoolchildren to be given British-sounding nicknames thanks to the pro-colonialism, anti-nationalism sentiment of the time. 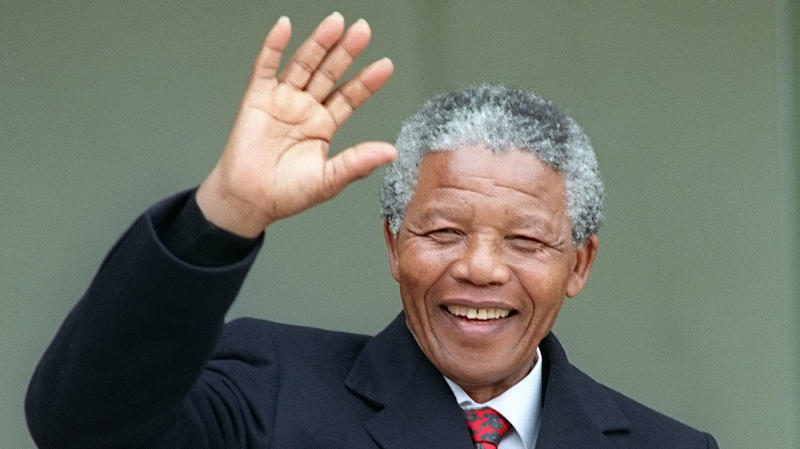 Mandela earned his law degree while in prison. (Channel 4)

By his own admission, Nelson Mandela was not a top student. He enrolled in the University College of Fort Hare in 1931, but he was kicked out for staging a protest against the school. It didn't put him off education in the slightest: Although he hadn't completed his undergrad degree, he started working toward a law degree at the University of London anyway. He failed to complete that degree, too, but he did eventually finish it in prison, and over time, he was recognized with more than 50 honorary degrees from universities around the world. He might be the most thoroughly degreed college dropout in history. 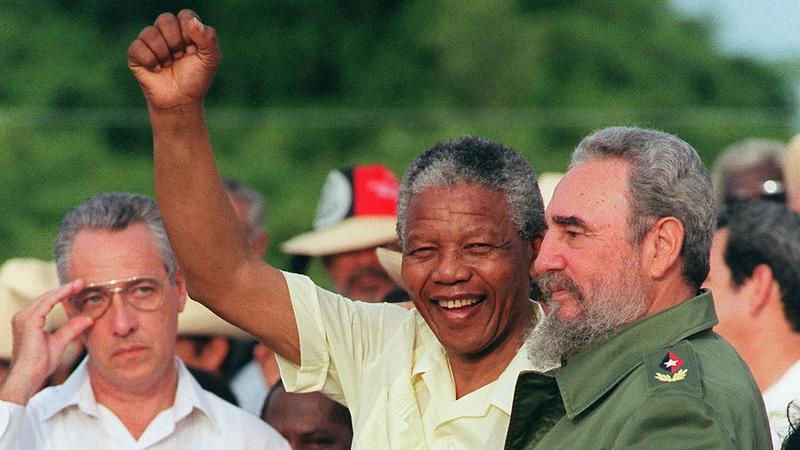 On the surface, Nelson Mandela and Fidel Castro may seem like they were on opposite ends of the political spectrum, but the two leaders had a lot in common. Castro had strong anti-colonialism beliefs that led him to fight the systematic oppression of Afro-Cubans and support Algeria's quest for liberation from French control. In 1964, the Cuban president even sent his personal aid, Che Guevara, on a three-month tour of Africa to offer Cuban support to revolutionaries in various countries. To many in Africa, Castro was a hero. To Mandela, he was just his friend, Fidel. They probably had cute nicknames for each other. (Fingers crossed for "Nelly and Fiddy.") 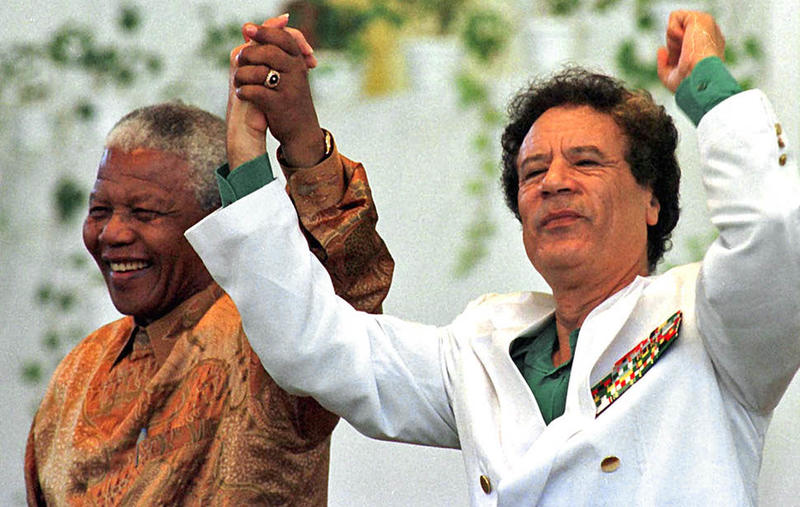 Both Mandela and Gaddafi were leaders of African nations that opposed colonialism. (African Exponent)


His Other Friend, Gaddafi

Like Castro, Muammar Gaddafi of Libya sought to oust the colonial governments that seized lands in Africa. Although Gaddafi is remembered by Americans as a violent dictator, he is known by many Africans as the leader who resisted both Soviet and Western interference in African affairs. Nelson Mandela's own anti-apartheid movement relied on political and financial support from Gaddafi, so the two leaders naturally became good friends. 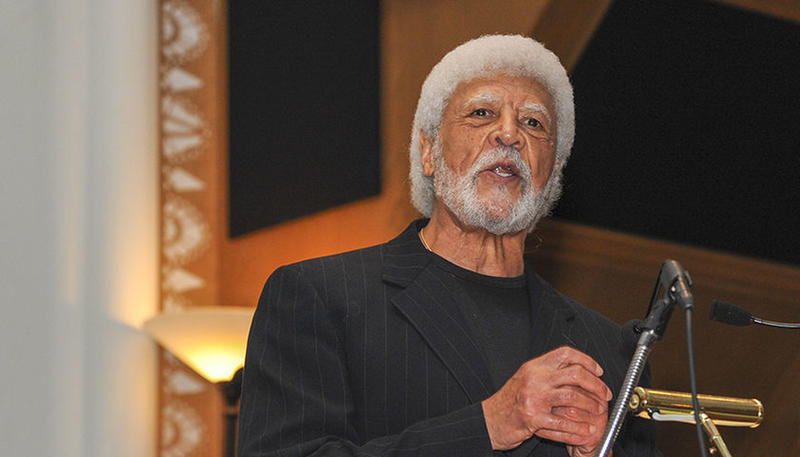 For all of its own troubles with colonialism, one of the strongest centers of the global anti-apartheid movement was half a world away in the United States. In the '80s, U.S. Congressman Ron Dellums spearheaded the movement to put a worldwide spotlight on the racial injustices in South Africa and the unjust imprisonment of Nelson Mandela. He organized demonstrations, sought the assistance of celebrities, and introduced anti-apartheid legislation in Congress that would ban trade with South Africa. This international pressure was key to ending apartheid and electing Mandela to the presidency in 1994. 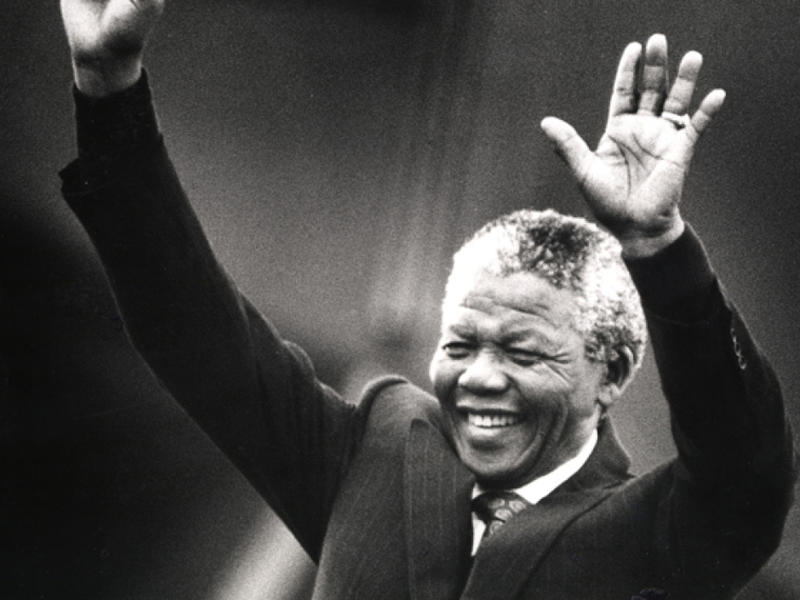 Although Nelson Mandela later advocated for peace and nonviolence, there was a time when such ideals seemed futile. Specifically, 1960, when white South African police killed 69 black protesters in an event that became known as the Sharpeville Massacre. The tragedy convinced the African National Congress, whose military unit (called the "Spear of the Nation") Mandela led, to fight fire with fire by engaging in "low-level guerilla warfare." Although the violence was no doubt "forced on us by the government," as Mandela later stated, it got his name on the United States' terrorist watch list, where it remained until 2008. 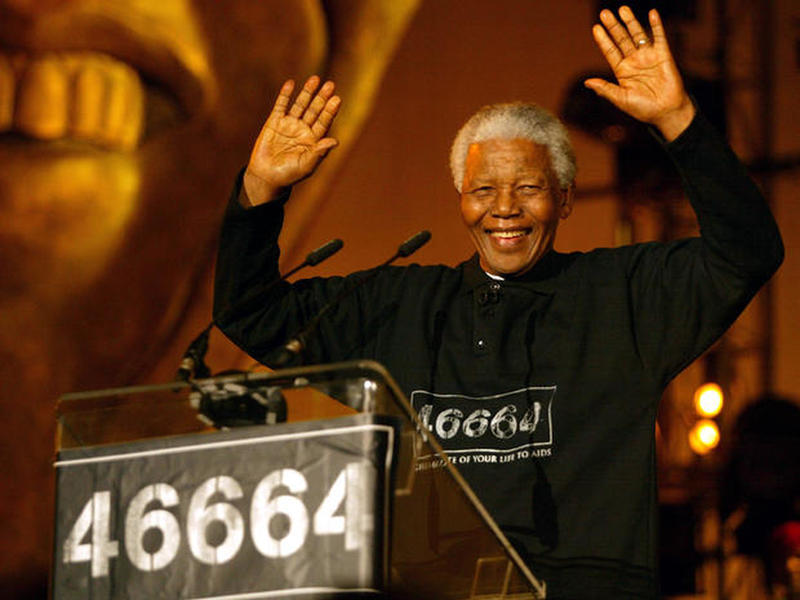 In 2003, an AIDS awareness concert was held in Cape Town, South Africa, and Nelson Mandela was instrumental in making the event happen. In fact, the concert was called the 46664 Concert, a reference to Mandela's prisoner number. The lineup for the star-studded performance included Robert Plant, Bono, Beyonce, Peter Gabriel, Queen, The Who, Ladysmith Black Mambazo, and Cat Stevens, among many others. The concert was a huge success. 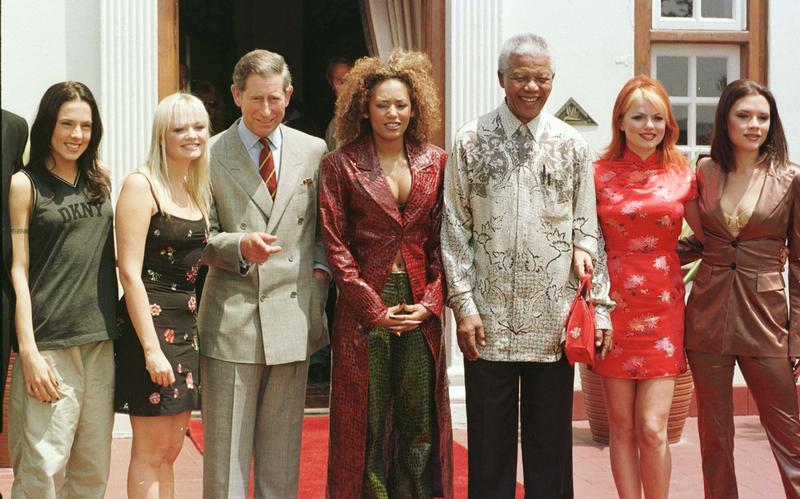 One of the greatest thrills of Mandela's life was meeting the Spice Girls. (CR Fashion Book)

It seems music was more than a passing interest for Mandela. In November 1997, when Mandela met the Spice Girls while they were in South Africa to sing at a charity concert, he announced to the reporters who had gathered, "These are my heroes." The presumably flustered singers scrambled to express their admiration in return, and Mandela went on to declare "[This is] one of the greatest moments of my life." How do you respond to a man who was freed from decades in prison to become a world leader calling the moment of your meeting one of the greatest moments of his life? Well, one Spice Girl simply shouted, "Wicked!" 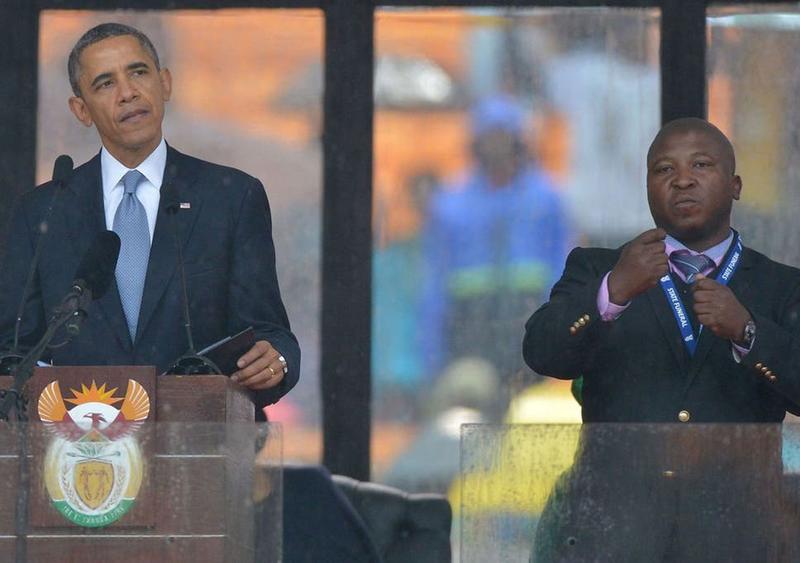 The sign language interpreter made a splash at Mandela's state funeral. (The Independent)

When Nelson Mandela died on December 5, 2013, an entire world mourned. At his official state funeral, which was attended by then-President Barack Obama and numerous other world leaders and dignitaries, a sign language interpreter appeared beside the podium to translate the many speeches for the hearing impaired who were watching at home. There was just one problem: The interpreter didn't seem to know sign language. During the speeches, he simply repeated a series of random gestures. To members of the deaf community, this was an outrage. A whole population had been excluded from enjoying the beautiful speeches and eulogies.
The South African government later admitted that the man, named Thamsanqa Jantjie, was poorly qualified, but he wasn't as unqualified as he appeared. According to Jantjie, he suffers from schizophrenia, and the funeral happened to coincide with an unfortunate bout of hallucinations that he tried his best—and spectacularly failed—to work through. Whatever the case, though a tragic turn of events, it was an appropriately strange note for a strange life to end on.
Posted by free heip at 07:44