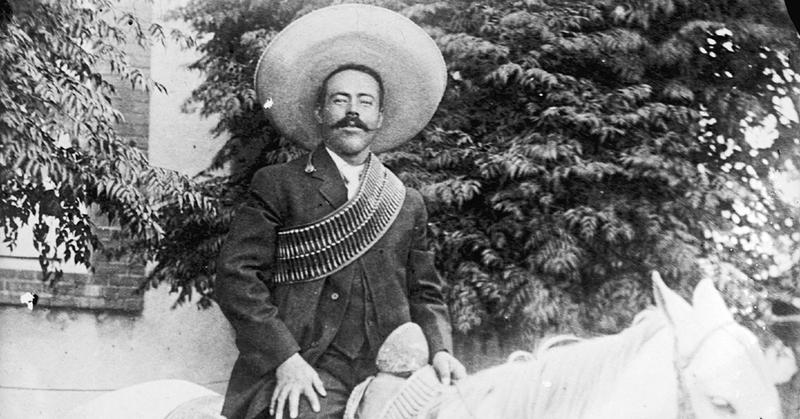 (Library of Congress/Wikimedia Commons)
The name Pancho Villa resonates with Americans like a distant echo of history. We know he's an important Mexican revolutionary figure, but no one teaches his exploits in a standard history class. What is known by Americans is that he was a robber and looter, but to the Mexican people, he's more of a Robin Hood figure. He was also an accomplished freedom fighter in the late 19th and early 20th centuries who fought for land reform and led a revolution against Porfirio Díaz. Today, he's regarded as one of the most important people in the modern history of Mexico.

One of the things that makes Pancho Villa such an engrossing figure is that no one really knows who he was before he was Pancho Villa. Born José Doroteo Arango Arámbula, he claimed to be the son of a bandit named Agustín Villa, but if that was true, no one ever wrote it down. By the age of 16, Villa was on his own, traveling the country on horseback working a variety of menial jobs. At one point, he started introducing himself as "Arango" and joined a gang of bandits in Durango lead by Ignacio Parra, robbing it up until he was arrested in 1902. He was forced to enter the Mexican Federal Army in lieu of a lengthy prison service, but as soon as he got the chance, he killed an officer, took his horse, and changed his name to Pancho Villa. His friends referred to him as "La Cucaracha" because nothing seemed to kill him. 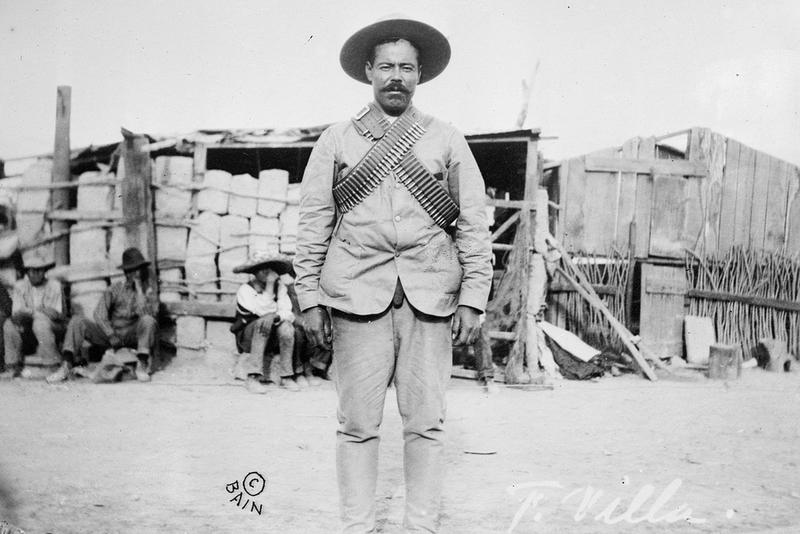 Following his desertion of the military, Pancho Villa embarked upon a legendary series of criminal escapades, redistributing his morally ambiguously–gotten gains to the people who needed them the most before moving on to a new caper. Eventually, his heroic actions caught the attentions of the revolutionaries planning to take on the Mexican government, who hoped that his experience with guerrilla tactics would make him an asset in the coming years. 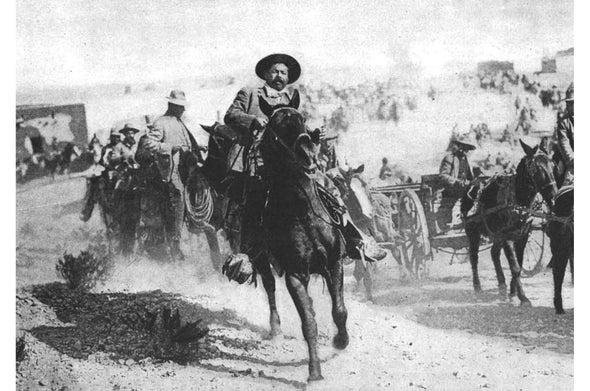 From October 1910 to May 1911, Villa served as a military leader for Francisco Madero, who challenged President Porfirio Díaz in the election of 1910 and quickly found himself on the wrong side of a fascist regime. Villa's actions during this year, including taking a hacienda by force before taking over a train of Federal soldiers, were so over the top and heroic that even when he was defeated at Tecolote, his legend only grew.
Although Villa zoomed up the ranks of Madero's army by taking down anyone who challenged his leadership, he was often at odds with his leader. After the defeat of Díaz, Madero disbanded his revolutionary army, but when Villa asked that the hacienda and the land he seized throughout his time as an officer for Madero be redistributed to the men who fought for it, Madero balked at the idea. He informed Villa that he intended to buy it from its rightful owners and decide what to do with it later. Villa reportedly responded, "You, sir, have destroyed the revolution ... It's simple: This bunch of dandies have made a fool of you, and this will eventually cost us our necks, yours included." He turned out to be on the money: In 1913, Madero was the victim of a military coup. 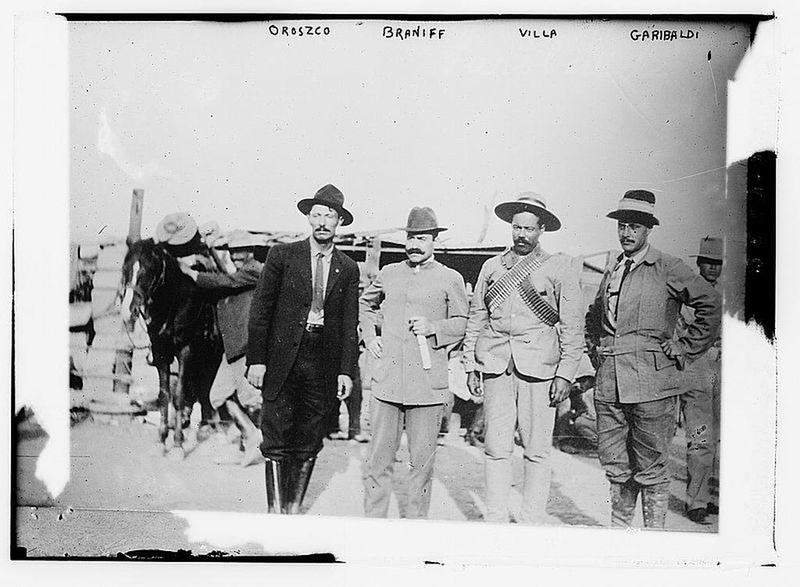 Back In The Saddle

Disillusioned with Madero, Villa went back to doing what he did best. By 1913, he was tangentially working with revolutionary forces in northern Mexico, but rather than leading people in guerrilla warfare, he robbed trains with a team of mercenaries from across the region to fund the revolution.
After his most notable robbery of the era, he made off with 122 silver bars and an employee of Well Fargo, who he forced to help him sell the silver. His thefts were so brazen that even Americans were taking notice. Articles about Villa's cattle rustling and theft of corn and bullion right from under the noses of the wealthy were published as a book titled Insurgent Mexico in 1914, ensuring that his legend would live on.

From rebel to establishment hero 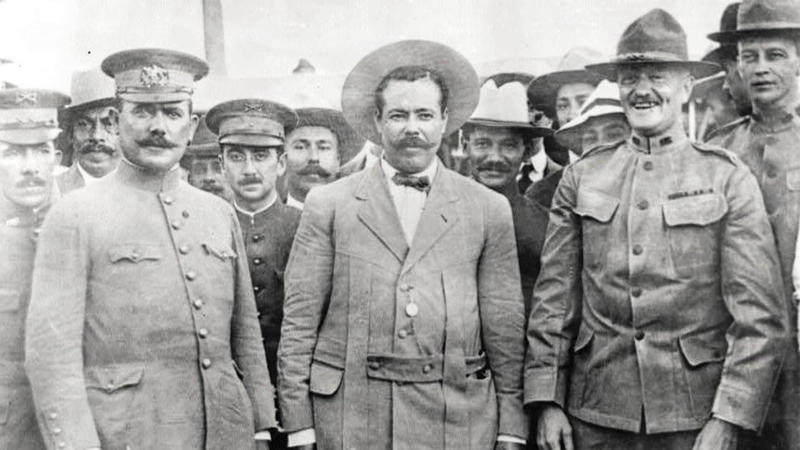 (Dolph Briscoe Center for American History, The University of Texas at Austin/Wikimedia Commons)

Villa was so popular with the Mexican people that in 1913, he was elected the provisional governor of Chihuahua. In this role, he beefed up his military with experienced tacticians and ruled the battlefield so hard that the U.S. military studied his actions while the Mutual Film Company filmed his battles for newsreels, netting Villa 20% of the revenues. It wasn't as sweet of a deal as it sounds: According to Moving Picture World, an early film trade publication, the films were more sweeping landscape shots than exciting war footage.
Even though the newsreels were a bust, Villa continued to do great work in Mexico. With the money he made from MCF, he brought in more cavalry animals and ammunition and built mobile hospital units out of railroad cars. 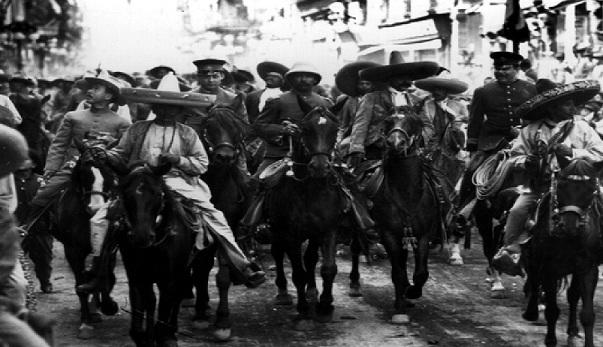 Having previously supplied him with glowing praise and weapons whenever he was in need of either, the U.S. government decided they were out of the Pancho Villa business in 1915. President Wilson favored a down-the-middle approach to the military and the government, so he granted his support to First Chief Carranza of the Constitutional Army instead.
Never one to take things lying down, Villa responded to the Americans' change of heart by waging a cross-border attack on Columbus, New Mexico. During a battle with the 13th Calvary Regiment, Villa's men made off with 100 horses and killed 18 American soldiers. Wilson sent the U.S. military into Mexico to search for Villa, but their efforts were fruitless, as the gifted guerrilla had disappeared into the Mexican landscape. 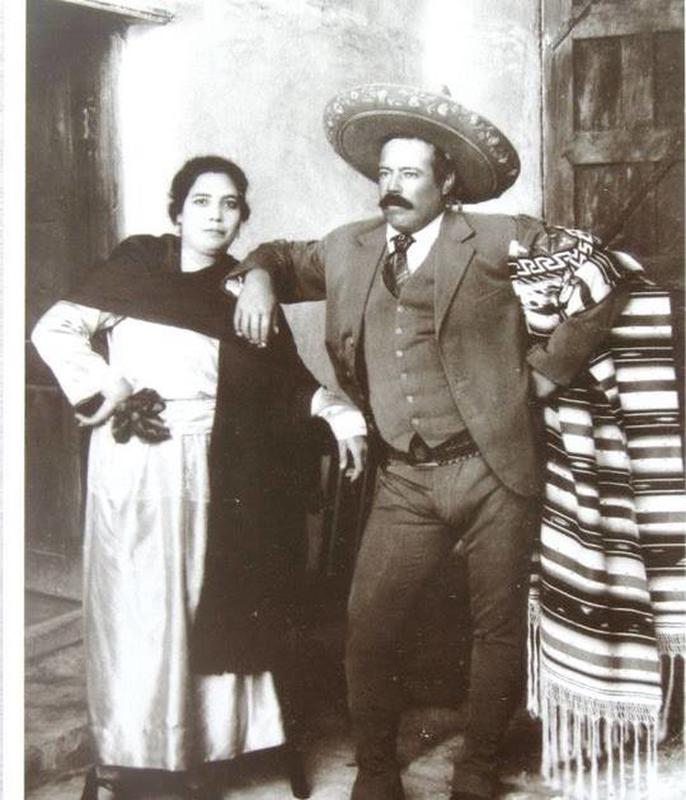 Death Of A Legend

Villa was entering the prime of his life when he struck a deal with the Mexican government following the assassination of First Chief Carranza in 1920. Villa had essentially been on the run for years, but after learning of his enemy's death, he sent a message to interim President Adolfo de la Huerta offering his support for amnesty. Villa was given a 25,000-acre hacienda in Chihuahua, and the men who remained loyal to him were allowed to live on the property as his personal bodyguards.
Three years later, on July 20, 1923, Villa was running errands in Parral, Mexico when he was assassinated by a group of gunmen who pumped 40 rounds into his car. Thousands of people attended his funeral, but not his closest allies, who felt it was more important to hold their stations at Villa's hacienda in preparation for a government attack. It was just the way he would have wanted it.