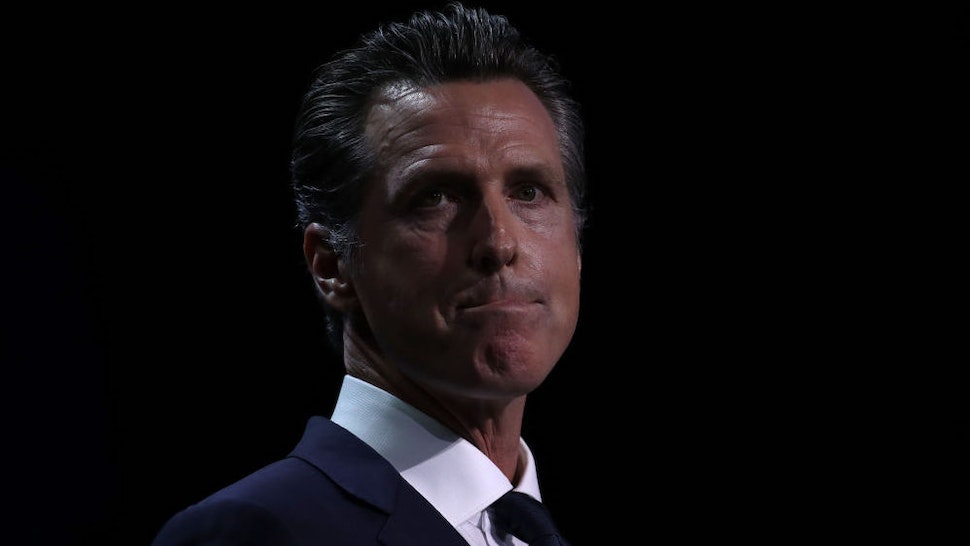 Despite the widespread lockdowns and increased focus on elderly deaths across the country, nursing home inspectors in California weren’t undergoing mandatory coronavirus testing as part of their job, claims an investigation by The Los Angeles Times.
The Times reports that roughly 500 nursing home inspectors tasked with ensuring compliance with infection control regulations were sent to the state’s 1,200 skilled nursing facilities — and some locations were visited more than once.
The investigation was published early Friday morning after conducting interviews with eight “registered nurses working as inspectors for the California Department of Public Health — all of whom spoke on condition of anonymity for fear of retaliation.”
The Times reports that one inspector said nursing home administrators were “absolutely, visibly shocked” they weren’t required to be tested, and believes those places “only let us in because we’re the state; they’re scared to say no.”
“If it was my family in that nursing home, would I want a nurse to come in, and she’s not tested? I don’t think so,” another public health department worker told the news agency.
Experts and nursing home advocates have appeared confused by the state’s original testing policy.
“How in the world has that not already been the case?” said Mike Dark, a lawyer for a nursing home advocacy group, reports LAist. “It’s a life-and-death issue for the nurses who are conducting these inspections, for their families, and for the residents of these facilities.”
Health care policy professor David Grabowski, of Harvard Medical School, told the LA Times: “It makes basically no sense that we’ve locked these facilities down since March, keeping families out, only to learn inspectors have been moving from facility to facility without being tested.”
After the investigation was published, Governor Gavin Newsom (D) said during a press conference that the coronavirus testing policy for inspectors had now changed, but did not indicate as of when.
“We’re raising our standards. We’re requiring for every sector that an inspector is inspecting that they meet the same criteria that’s established within that sector,” said Newsom. “So that has been changed.”
“It is — forgive me — in the lexicon of government, a meet-and-confer issue with our bargaining units, but we will raise that standard,” the governor added.Kate Folmar, a spokesperson for the health department, told the Times in the original article that the department had only learned of six inspectors testing positive via contact tracing questions, but that those inspectors hadn’t recently been inside nursing homes.
However, the news agency reports that “none of the inspectors” they spoke to “said they had been interviewed by a contact tracer since the beginning of the pandemic.”
Back in late June, The New York Times reported that over 40% of coronavirus deaths across the United States were linked to nursing homes, either residents or workers. In California, the share of deaths is 45%.
The median death rate for nursing home facilities across the country is 17%, a figure signaling that more than half of nursing home facilities experience an even higher death rate, reports the news agency.
Posted by free heip at 01:19